Ah, the sweet summer that was. Many of us spent it working on the dreaded summer reading, others got a job, others slept all day and woke up just in time to make it to school on September 9th. However, because it is my job at the Tattoo, I spent much of my summer at the movie theater where I got to view and pick apart the summer’s most promising releases. Of course, the Tattoo does not fund my movie viewing, but every month they make sure they have at least one movie review from me … cheapskates.

Austin Powers 3: Goldmember
In what proved to be one of the summer’s biggest smashes, Mike Myers delivered once again with the third installment of his highly successful Austin Power’s movies. Although the movie did not sway far from the basic idea of the previous two, Goldmember was a hilarious movie and kept the audience in entertained for the entire 94 minutes. Beyonce Knowles (of Destiny’s Child fame), plays Austin ’s assistant, and Michael Caine plays Austin ’s father, a role initially intended to be played by Sean Connery (imagine that!).
The movie was also jam packed with celebrity cameos, well-written comedy, and enough action to make this Austin Power’s the best yet. However, if the ending weren’t as poorly written and quickly wrapped up as it was, I may have had an easier time saying that.
Rating: 4/5

Blood Work
After nearly half of a century in the movie business, Clint Eastwood, Centrum Silver and all, can still bring it to the theater. With his latest film, Blood Work, which he also directed and produced, Eastwood shows that even though the general mood of his films has remained the same for several years, each one has that extra something that makes it stand out from other work.
Eastwood is a retired cop who is called on as a private investigator to do one last job. The film’s action and well-written plot line does not allow a dull moment, and the audience seemed to be very much into the story. Jeff Daniels plays Eastwood’s neighbor, and is excellent. The brilliant comic relief of Paul Rodriquez, who plays Eastwood’s former coworker, gives the movie another element from the action that has come to define a Clint Eastwood movie. Do you feel lucky? After all these years, Clint Eastwood still is.
Rating: 4.5/5 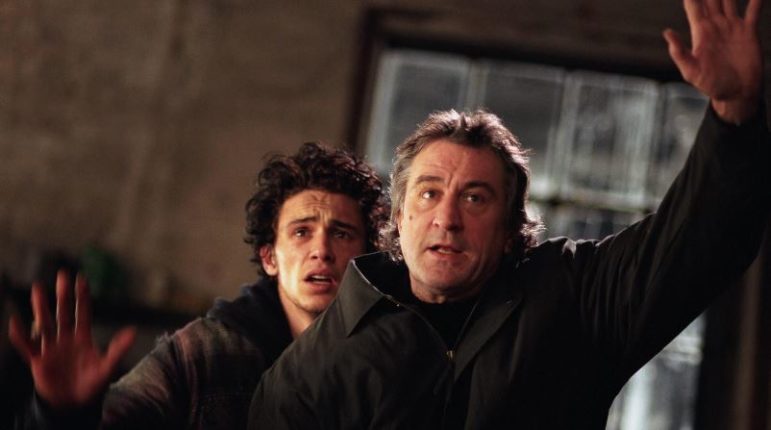 City by the Sea
In Robert DeNiro’s latest flick, City by the Sea, he plays a cop – surprise isn’t it? However, the character he plays in the film is a little more complex than the typical cop DeNiro has made one of his trademarks. DeNiro plays Vincent LaMarca, a distinguished cop for the New York Police Department. The twist here is that the suspect he is currently after is his own son, Joey (played by James Franco).
The movie was filmed in the once vital Asbury Park , but is passed off as Long Island beach. Frances McDormand, as DeNiro’s love interest, is absolutely phenomenal, and Eliza Dushku provides well as the supporting actress in the film. Although the movie was slow at some points, the cinematography as well as the great acting and storyline make this another classic DeNiro film.
Rating: 4/5 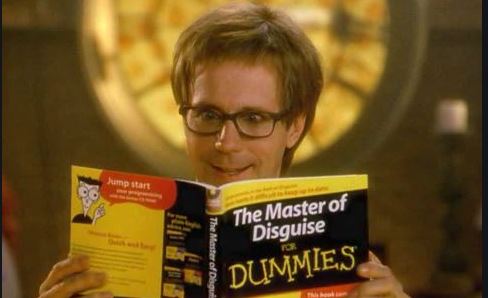 The Master of Disguise
After his run on “Saturday Night Live” came to a close, Dana Carvey has pretty much faded into celebrity obscurity, making one comedy tour and doing a few guest spots on late night television. With The Master of Disguise, Carvey attempted to bring the comedy we came to love for so many years on SNL into an hour and half epic of how the dorky waiter, Pistachio Disguisey, turned into the “master of disguise”. He failed.
The movie was aimed at children, but it missed its target with that. One of the funniest scenes in this movie was when Carvey did a dead-on impression of Al Pacino’s character in Scarface. However, this movie was made in 1980, hardly a recent reference for children. The “turtle man” has become rather popular, and that scene had its moments as well. Unfortunately, the rest of the movie just lacked in many categories. Being a fan of Carvey for many years, I found myself trying to like the movie just because Carvey was in it; however, I just could not love it.
One other bright spot, other than the Scarface bit, was Carvey’s impression of President George W. Bush. Carvey became famous for imitating “Dubya’s” father, but his Bush 2.0 impression is even better. Unfortunately, the rest of the movie did not hold up to this, and was rather a disappointment.
Rating: 2/5

Men in Black 2
Everyone loved Men in Black. When rumors of a sequel began stirring, many people were excited. When the movie hit theaters on “Will Smith Weekend”, fans rushed in to see the movie. Personally, I was more excited to see the Terminator 3: Rise of the Machines trailer than I was to see the movie. However, MIB 2 provided much of same fun, laughs and action that we got from the first installment.
Barry Sonnenfeld, the film’s director, decided to keep the formula simple: Will Smith, Tommy Lee Jones, and lots of comedy and action. The result was pretty enjoyable sequel. Most of the movie revolves around Tommy Lee Jones getting back into character at the Men in Black, and this provides for some great humor.
The sequel may not have been better than the first, but it certainly lived up to its predecessor. Thus, Men in Black II was an enjoyable action-comedy that could very well lead to yet another sequel.
Rating: 3.5/5

Pluto Nash
Remember when Eddie Murphy was on top of the comedy world with his Beverly Hills Cop series and just about anything else he did? Those days are far gone, as The Adventures of Pluto Nash was by far one of the biggest disappointments at the box office this summer.
Murphy plays Pluto Nash, a former criminal who has cleaned himself up and become a successful nightclub owner. During the course of this movie, he runs into trouble and has to…ok who cares? The bottom line is: the budget on the film was nearly $100 million, and it only made $2 million at the box office. This could be the film that ends Eddie Murphy’s career if I Spy, the remake of the Bill Cosby classic, does as poorly as this.
Rating: 0/5

Simone
Hooah! Al Pacino is best known for his dramatic portrayals of Michael Corleone in The Godfather trilogy, and for his Academy Award winning performance in Scent of a Woman. In Simone, Pacino tries his hand at comedy (something his counterpart Robert DeNiro has done pretty successfully in the past few years). The result is a very good performance and a good movie.
Pacino plays a movie director whose lead actress suddenly drops out of his latest film. This is Pacino’s last shot to make a good film, so he uses technology to produce an actress to be in his film (portrayed by Rachel Roberts). The computer generated actress, Simone, wins rave reviews for her “performance” and becomes a star of immense proportions. Eventually, Pacino becomes jealous of his own creation, making for an enjoyable plot.
Pacino’s latest performance is done quite well, as Simone was the summer’s most overlooked film. Director Andrew Niccol incorporated some beautiful shots, as well as a great plot. Catherine Keener, who plays Pacino’s ex-wife in the film, also gives as tremendous performance as does his daughter, Eva Rachel Wood. Thus, although Simone didn’t rake in the money at the box office, it was still one of the better films this summer had to offer.
Rating: 4/5

The Tuxedo
You loved him in Rush Hour. You loved him in Rush Hour 2. Well, The Tuxedo was neither of these films. Chan plays Jimmie Tong, a taxi driver who is hired to be the chauffeur for millionaire Clark Devlin. However, Clark Devlin is killed, and his last wish: to have Tong wear his coveted tuxedo.
When putting on this secret U.S. Government project, Tong transforms into the Asian form of the suave millionaire. From this point, we see what Chan is famous for – martial arts and stunts. The fight choreography and special effects in this film were tremendous, but the plotline lacked. Jennifer Love Hewitt’s attempt at Chan’s sidekick in the film is quite poor and hurts the films overall presentation (as far as the film’s story is concerned).
The film did have many points when it was outright hilarious, but other times when you wanted to strangle the writer for the scene you were subjected to viewing. Thus, The Tuxedo fell way short of the comedic pleasure it could have been.
Rating: 3/5

So there you have it, the best and worst films of this summer. Many of these movies are still at your local theater, so if you had missed them, you still have a chance.
And besides, they’ll no doubt turn up at Blockbuster soon.