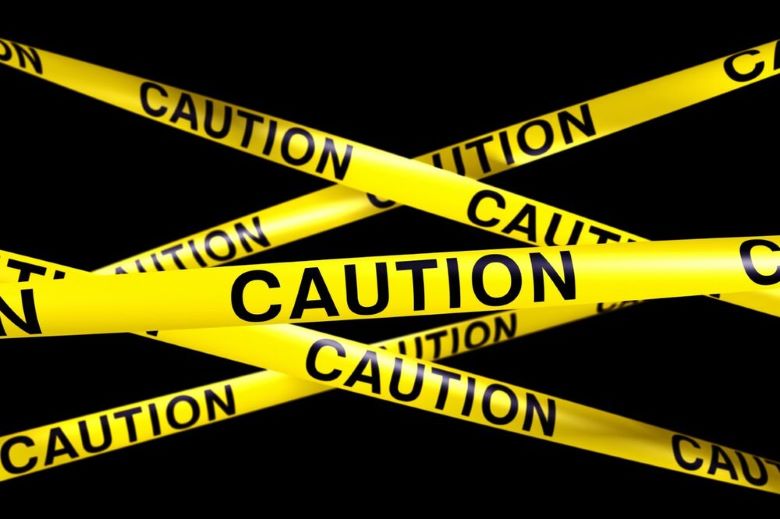 BRISTOL, Connecticut, U.S.A. — During all the chaos of the X Trials, we happened to notice one man as he sprinted by.
The strange thing was, he wore a white lab coat and a sash made of yellow caution tape.
Naturally, this left us wondering if we were seeing things.
If so, we weren’t the only ones.
One spectator, C.J. Colapietro, said he, too, saw this man wearing caution tape run past, apparently to retrieve a vitally important backpack.
“I think he’s a skater,” said John Longo, also watching the competition.
His brother, Jimmy Longo, said, “He almost ran me over.”
Members of the staff also reported sightings of the mysterious person we began to call “Caution Tape Man.”
Security guard Brandon Cruz said he’d seen him but, like everyone else, had no idea of his identity.
Bob Soda, working at the V Foundation booth, saw Caution Tape Man go by around 10 a.m., carrying his backpack.
A frozen lemonade vender, William Leveille, said he also caught a glimpse of this interesting character.
Having discovered Caution Tape Man was not simply a heat-induced hallucination, we continued our search.
We roamed the pavement and gravel for at least an hour, hoping to encounter the elusive Caution Tape Man. Alas, he was nowhere in sight. Disheartened, we returned to our starting point.
And who should walk by but Caution Tape Man himself, this time disguised as a mere mortal. He had shed his lab coat and his caution tape in favor of a pink T-shirt and some shorts.
Momentarily confused because of the disguise, we lost valuable time debating whether he really was Caution Tape Man. But soon we were in hot pursuit again.
Though we squinted into the distance, trying in vain to spot a pink T-shirt, we lost him again. He melted into the crowd, or maybe even disappeared completely.
But our questions remained.
In our quest for truth, we finally found someone with answers: Scott Calway from Bristol Hospital.
Why the tape?
“I’d say he was just being a silly comedian,” he said.
Calway also told us he suspected that Caution Tape Man was a photojournalist whom he’d seen earlier interviewing athletes and snapping pictures.
But maybe that was only his secret identity.