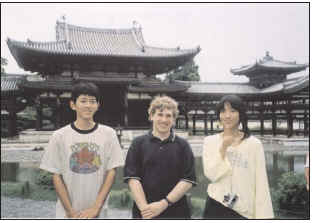 NEYAGAWA, Japan — Spending two weeks in Japan as part of a foreign exchange program – getting to know the people, the food and the gadgets – turned out to be the most memorable time of my life.

Perched in the Pacific more than 6,400 miles from my home outside Toronto , Canada , is the cutting edge, creative and congenial country of Japan .

Japan is an enchanting country filled with thousands of years of history. The island nation also features the latest creations and technology alongside stunningly beautiful historical Japanese and Asian architecture.

I discovered Japan as part of a student exchange between Oakville , Canada and Neyagawa , Japan . Neyagawa and Oakville are one of many sister city pairings designed to promote peace, cultural understanding and enduring friendship between countries on either side of the globe. U.S. President Dwight D. Eisenhower initiated the cultural exchange in 1956.

While in Neyagawa , I was paired with Keisuke Yamashita, a 16-year-old boy. He took me to school with him and I lived with his family during my stay.

When it comes to technology, the Japanese are second to none. 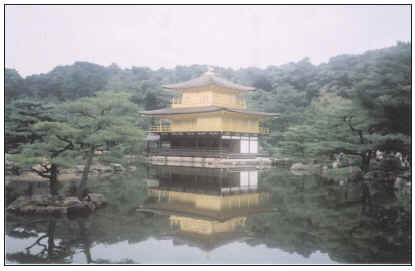 Within the walls of a Japanese household, even something as simple as a toilet has creative and environmentally-friendly embellishments.

Bathrooms in Japan may have two separate rooms. One has nothing but an incredible masterpiece of a toilet. Jutting out from the left side of the toilet bowl is a large computer with about a dozen colored buttons.

In my first night in the land of the rising sun, my host family pointed out to me what the pink button did.

Other buttons triggered innovations such as a temperature-controlled warmer or heater to get the seat feeling just right. A regular bidet or a vigorous one are among other selections.

Once you’ve flushed the toilet and enjoyed some features of the toilet’s computer, you grab the container of soap off the sink that is integrated into the top of the toilet bowl. Mere seconds following the final flushing noises, a curved tap spews a steady stream of water into a small hand-washing basin that’s part of the toilet. In this way, the Japanese use the extra water that we in North America simply would put to waste.

After enjoying a quick and delicious noodle bowl, it’s time to prepare your bath. But you don’t have to go to the bathroom to do it – simply go to the wall-mounted computer device and dial in your desired water depth and temperature.

While the machines are doing the work, you can continue to relax or work until an automated voice comes through the speaker telling you that your bath will be ready in five minutes.

When it’s ready, you hike down to the combination shower and bathroom.

Naturally, the shower has a digital display with controls for the time, temperature and amount of hot water. 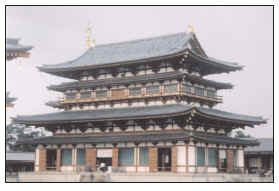 After the shower, you open the louver slatted tub cover to a perfectly prepared bath and the relaxation begins.

Since you’ve just showered and shampooed, you won’t need any soap in the tub. Afterward, following Japanese custom, you’ll leave the bath water in the tub for the whole family to use when you are finished.

The bathing room doubles as a laundry room, with a single washer/dryer machine. This is a washer that cleans the clothes and stops for a couple seconds to transform to a dryer before drying them. Thus, you can slip into your toasty right-from-the-dryer pajamas after you’ve finished your nightly bathing.

A bath is a nice way to relax following your evening meal, which is cooked in a pan on the table in the one common room in the house.

A large electric circular pan is placed in the middle of the table, which is about a foot off the floor. The family sits on cushions around the table.

Everyone cooks their own food as the meal progresses, tossing enormous shrimp, strips of fresh beef, chicken and a host of veggies into the pan and flipping it all with long, wide cooking chopsticks.

Even Keisuke’s nine-year-old sister was cooking away. His parents replenished the food supplies as the cooking continued for about half an hour.

Once the food is prepared, you have a selection of sauces for dipping. It’s an absolute blast! Though the Japanese rarely drink during meal times, the table always has cups and two pitchers, one filled with cold Chinese red tea and one with slightly milder, cold Japanese green tea.

Getting an ice cream in Japan is an exotic experience.

Visiting the ancient town of Iwakuni , which is halfway between Hiroshima and Osaka , I went to an open air ice cream counter and was surprised at the flavors for sale.

There was green tea, black tea, asparagus, banana, apple and green mango ice cream. I opted for purple sweet potato ice cream, which is made from fine potato flakes that are truly purple.

I loved its nutty and smooth flavor.

When I later learned that there are places in Japan that sell black squid ink ice cream, I vowed to track it down next time I’m there.

At a picnic one day on my visit, I gulped down aloe vera juice. Keisuke told me that the same plant that we North Americans use to heal cuts is also really good for your health.

New in Japanese grocery stores is the option of having perishables such as meat, whole octopi and squid showered with dry ice to help keep them cold until you get home.

Japan is a fascinating mix of the ancient and modern – next to the skyscrapers on the narrow roads in the middle of downtown Osaka , there are rice fields and bamboo forests.

At crosswalks, a traditional Japanese folk song that literally means “to go” plays when it’s safe to cross.

A similar tune plays just before a subway or train leaves, but sometimes there’s no waiting for the tune – during rush hour, uniformed professional pushers with white gloves shove riders into the trains.

All this and more is why people fly across the globe to experience the beauty and excitement of Japan .

Teague Neal is a Reporter from Canada for Youth Journalism International. 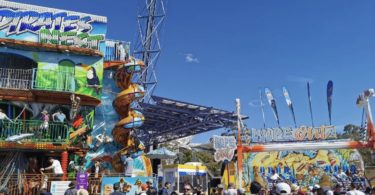 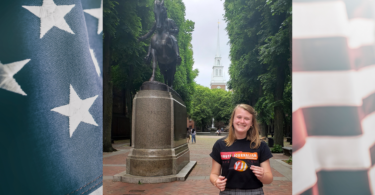