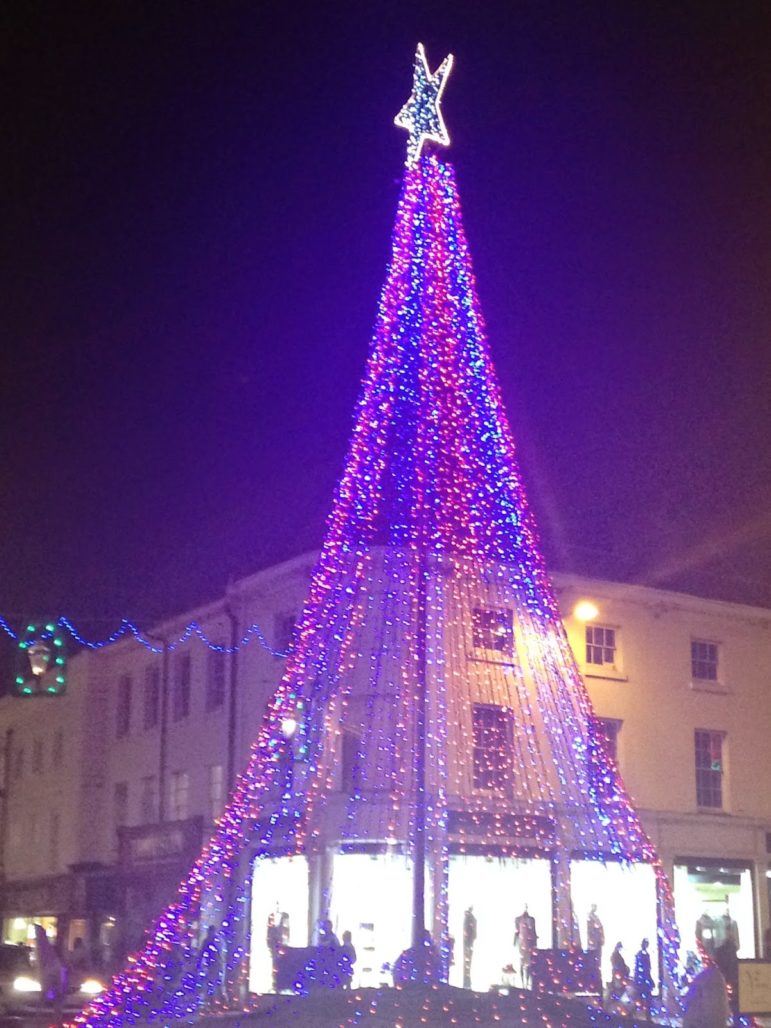 One of the Christmas displays in Stratford-Upon-Avon, the home of William Shakespeare. (Lauren Pope/YJI)

STRATFORD-UPON-AVON, England – In honor of this year’s centenary anniversary of World War I, the Royal Shakespeare Company put on a production of “The Christmas Truce.”
Described by a reviewer for The Telegraph as ‘respectful, insightful, powerful,’ we were all expecting great things.

Set in 1914, the play followed a handful of soldiers as they prepare themselves for what will most likely be their bleakest Christmas yet. The surprising temporary ceasefire that took place many years ago is a story known to many, so it was up to the Royal Shakespeare Company to put on a show that does not simply reflect the story that has been passed down for a hundred years now.
Intertwining with the story of the soldiers was the tale of a young nurse who did not hesitate to show her dislike towards the lack of Christmas celebration that took place in the hospital wards.

Although an unexpected element of the play – and most likely put there to help fill the time – the segments added humor and made the production about more than just the unforeseen truce.
When it actually came down to portraying the Christmas truce, the cast did an excellent job of showing that there wasn’t much difference between the German fighters and the British ones. They were all just young men missing their families during the festive season.
Going in, I was expecting a tearful performance, and although it was sad at times, I found myself laughing more than I thought I would. I wasn’t the only one, either.
“The exchange between tear jerking and humorous scenes was marvellous,” said Fatma Salah, 15, of Birmingham.
The comedic element gave the play a light-hearted feel not ordinarily associated with war.
Part of what makes “The Christmas Truce” so enjoyable is that the only difference shown between the soldiers on opposing sides is language. They understand different words, but when it all comes down to it there is no reason other than war that they should not all get along.
The actors did a great job of putting on an emotional and effective performance, making sure you can’t help but feel a touch of sadness when the newly formed
friendships inevitably end.
Described by Anmol Sandhu, a year 11 student at Kings Norton Girls’ School as “one of the best” plays she’d ever seen, “The Christmas Truce” is not one to be overlooked.
It is a thoughtful, funny and touching depiction of the events that happened this time a century ago, even if the ending is slightly bittersweet.
Lauren Pope is a Reporter for Youth Journalism International.
***
Your tax-deductible contribution can help support this nonprofit at
www.HelpYJI.org