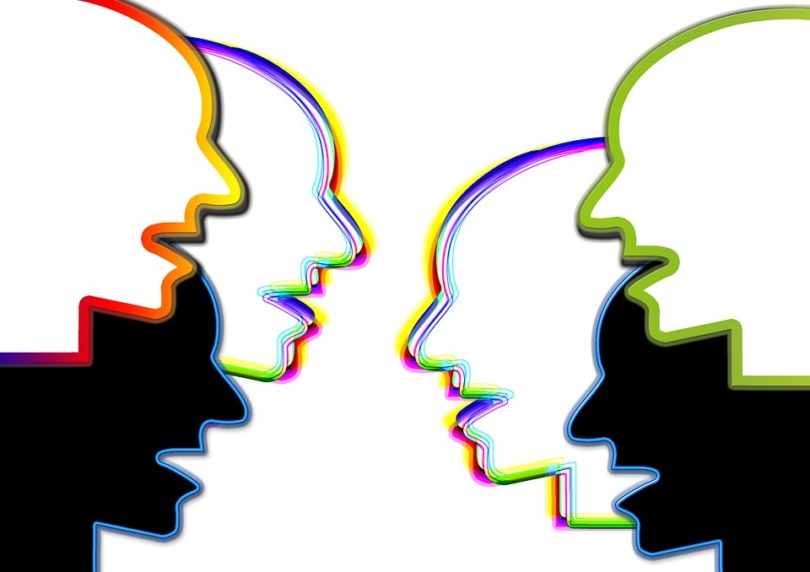 SINGAPORE – When teens from across the world gathered here for a war of words recently, the Irish proved the best talkers of all.
During an intense and fiery two-hour contest with an Australian team in the finals of the World Schools Debating Championship, the Irish squad emerged on top after getting the best of an argument about the power of the media.
The annual debate competition, which drew people from five continents, is considered the world’s most prestigious tournament for debaters 15 to 19 years old. The debates are held in English.
Alex Just, debate captain from the Scottish contingent, said “Worlds 2002 was a fantastic experience for me and Team Scotland. We met and engaged with some of the sharpest and wittiest minds in the world in the magnificent multi-cultural city-state of Singapore .”
Singapore, the first Asian country to serve as venue for the event, hosted 220 debaters from 28 teams, mostly from non-native English-speaking countries in a 10-day competition that started Jan. 25.
“It was great!” said debater Tomas Mertin of the Czech Republic. “We Czechs are more used to criticize, but it’s rather difficult in this case – the organization was superb and the level of debating was high.”
Just, who placed third in the best individual speaker category, called his success “a complete shock to me, but when it sunk in I was well and truly chuffed with what I had done.”
“I now feel motivated to build on my success and be part of a Scotland team that wins the championship outright,” Just said.
In the Grand Finals at the Kallang Theatre, Ireland faced Australia on the final motion: “This house believes that the media has become too powerful.”
The Irish teens argued the United Nations Charter of Human Rights grants every individual a right of individual privacy and a new law should be established to prevent the media from publishing information irrelevant to someone’s job scope.
Team Australia, on the other hand, argued that celebrities and politicians were different than most people and cited issues about Bill Clinton’s credibility after the Lewinsky scandals in a bid to make its point.
But the judges sided with Ireland on a 4-3 vote.
Judge Ragnar Siil of Estonia said the “the debate was extremely close” for all of the judges.
“The debate could have gone either way,” said English judge Trevor Sather. “It demonstrated some excellent debating on both sides. That said, it wasn’t the best debate of all competitions as a number of arguments were only touched upon and not followed up with the rigorousness we would have liked.”
Siil said that “ Ireland won as they were very confident. They had a kind of inside power and were more willing to beat Australia .”
Mertin said, “It was such a close decision. The margin was so tight! I would vote for Australia but I’m not a judge!”
Member of Team Australia 2001, Rachael Young added, “I thought it was fantastic that Australia made the grand finals three years in a row. ( Australia won in 2000 and 2001) This is an achievement to remember.”
Sather said the Singapore showdown was not the first 4-3 win. He said the close tally “reflects strong performances by two excellent sides with slightly different skill sets.”
In the Worlds competition, four of the eight preliminary round debates are prepared debates. Motions are released one hour in advance for impromptu debates: the Octo-Finals, Quarter-Finals and Semi-Finals.
Both teams in a debate may use their own written materials such as dictionaries and almanacs but usage of a laptop computer or a modem is not allowed.
The format in each debate is two teams – one arguing for the proposition and the other serving as the opposition — with three speakers a side.
After all speakers have spoken once, a reply speech is given. Speaking time for speeches is 8 minutes and 4 minutes for reply speeches. Each speaker’s speech is marked for content, style and strategy.
Between a speaker’s substantive speeches, members of the other team may offer points of information that emphasize a short point or is posed as a short question of the speaker. They are an essential part of the clash between the teams. However, the speaker has the right to decline to accept a point of information.
The preliminary debates – with topics as diverse as whether professionalism has ruined the Olympics and whether the United States should maintain military bases in Asia – were held in schools around Singapore .
The Worlds began in 1988 when six teams convened in Canberra, Australia with the aims of achieving excellence in debating, encouraging debating throughout the world, promoting international understanding and free speech.
Fourteen years later, the close-knit camaraderie and contagious enthusiasm of the competition remain.
Mark Landsman, a Bronx High School of Science student and member of the U.S. team, said he thinks that one of the best parts of the tournament is “talking to people about the things that effect their lives” across the globe.
“I talked with a guy from Hong Kong about being part of China, and another from Ireland about the IRA,” he said. “I’m just glad that I could share relevant information firsthand, so everyone can learn.”
Past hosts for the championships have included South African Nobel Prize winner Nelson Mandela and British Prime Minister Tony Blair.
Christopher Erskine, president and founder of the Worlds competition, said that he finds “something inspiring every year” that gives him “hope for the future of the planet.”
“Sometimes it’s a small thing: in Bermuda (host of Worlds 1999), for example, sitting on a bus with kids from different countries and backgrounds all singing along to the same rock music tape, and realizing that people are really much the same no matter where they come from,” he said.
“Sometimes it’s a big thing: in South Africa (host of Worlds 2001) we had a day in the notorious city of Soweto and there we met black students in local schools who might lead South Africa into a bright and peaceful future,” Erskine said.
The tournament will be held in Argentina next year.