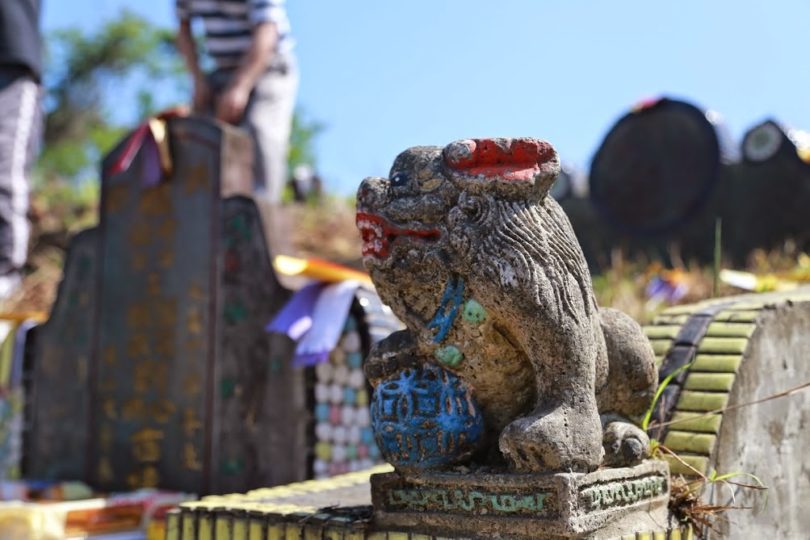 One of a pair of stone lions guarding the grave. It is believed they will protect the gravesite. (Kelly Liu/YJI)
HSINCHU, Taiwan – Each spring, Chinese families go tomb-sweeping as part of the Ching Ming Festival that remembers and honors our ancestors.

This cultural festival takes place in spring or early April and is a national holiday in Taiwan.

First, weeds are cleared from the gravesite. (Kelly Liu/YJI)

Du Mu, a poet from the Tang Dynasty, wrote about this day:
A drizzling rain falls
like tears on the Mourning Day;
The mourner’s heart is
breaking on his way.
Where can a winehouse be
found to drown his sadness?
A cowherd points to Almond
Flower Village in the distance.

Though the poet describes the weather as rainy, we were blessed with sunny and clear skies this year. 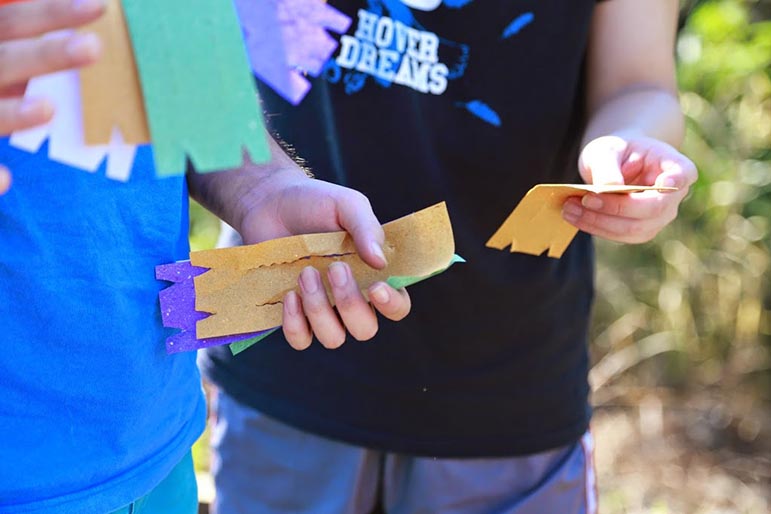 Colored papers are divided into groups and set under stone evenly across the gravesite. (Kelly Liu/YJI)

It was even a little too hot as we trudged up the hill to my great-grandparents’ grave.

They are buried in a public graveyard with no proper trails, so we had to find our way around many other headstones until we reached the one with our family name engraved on it, 劉 (Liu).
There were ashes everywhere, from when other tomb sweepers came and burned down the weeds.
We got out small scythes and old newspaper to get rid of the growing weeds and the dust on the grave.

Colored papers were divided into several groups and set upon the mud hill, evenly distributed. 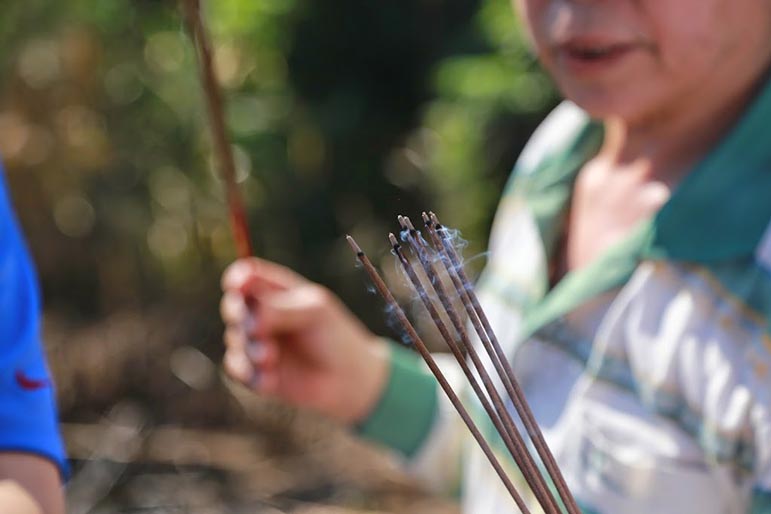 We lit the incense and say prayers while holding it in our hands. Then we place it in a small jar in front of the tombstone. (Kelly Liu/YJI)

We lit sticks of incense, and took turns praying. We burned gold paper – symbolizing money – for our ancestors, adding heat to the burning temperature.
Ancestor worship plays a great part in Chinese culture and during the Ching Ming Festival, we pay our respects to them.
We clean their graves and whisper our prayers. We believe that they’ll look down on us
and keep us safe and well.
Kelly Liu is a Junior Reporter for Youth Journalism International. 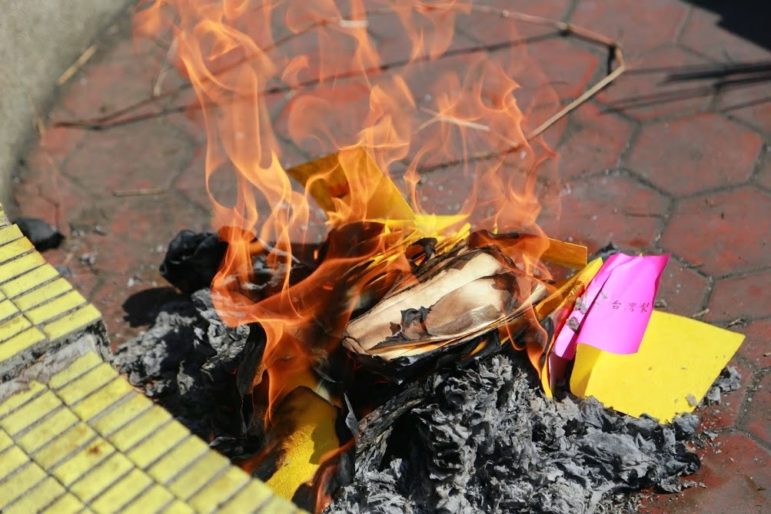 Burning joss paper – money for the dead or for the gods – for our ancestors. (Kelly Liu/YJI)

***
Your tax-deductible contribution can help support Kelly Liu
and other students of this nonprofit at
www.HelpYJI.org