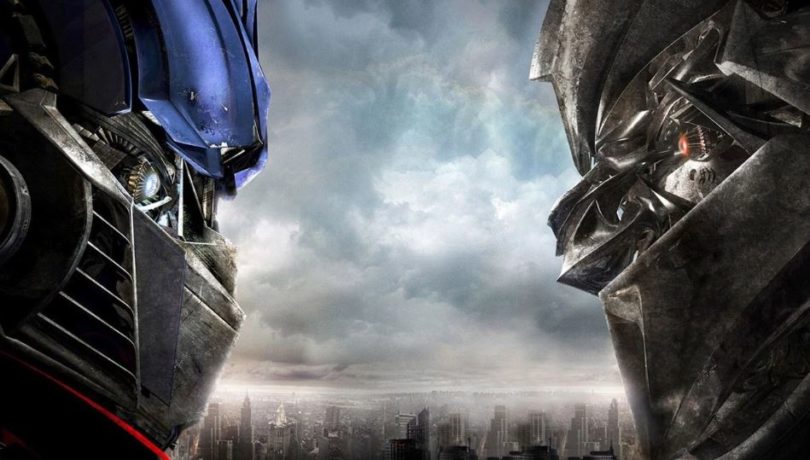 TURLOCK, California, U.S.A. — In a summer of hyped up and largely disappointing trequels, “Transformers” delivers the action-packed goods as advertised. But depending on the viewer’s tastes, this can be for better or worse.
The movie – based on the popular animated ’80s TV show – is certainly engaging, thanks largely in part to a witty performance by Shia La Beouf, but the characters and story lack depth or complexity.
Though a fast-paced, action-packed plot misdirects the viewer’s eye, a closer look and the broad one-toned brushstrokes that paint this movie are still visible. La Beouf’s character, Sam Witwicky, is an ordinary teen with the ordinary teen dream of owning his own car.
When he receives an A-studded report card, his father Ron Witwicky (Kevin Dun) agrees to buy a yellow 1977 Chevrolet Camaro, with Sam contributing $2,000 to the purchase. Of course, as the Transformer’s motto goes, there is “more than meets the eye” to Sam’s beat up muscle car – it is the transforming robot Bumblebee.
Accompanied by dream-girl Mikaela, (Megan Fox), Sam is quickly introduced to other transformers, including their leader, the 18-wheeler morphing Optimus Prime.
In a holographic crash course on Transformer mythology, Sam learns that the robots’ homeworld, Cybertron, was destroyed in a fierce civil war over a magic cube called the Allspark. Since the planet’s annihilation, the Allspark, which has the ability to animate inanimate machines like stereos, has been hidden on earth. Megatron, the robot responsible for Cybertron’s destruction, and his followers, the Decepticons, are searching for the cube in order to use its powers to enslave the human race and conquer the universe.
Optimus Prime, Bumblebee and the three other robots, Jazz, Ironhide, and Rachet, call themselves Autobots. They’re on Earth to stop the Decepticons, with Prime believing there is “hope” in the human race.
The glasses of Sam’s ancestor, Captain Archibald Witwicky (William Morgan Sheppard) reveal the location of the Allspark when shined on by a light. The Decepticons are after Sam to find these glasses and the Autobots plan to protect him.
The military and the government become involved when the Decepticons attack a military base in Qatar and then try to hack United States government computers aboard Air Force One, searching for top-secret files regarding the Allspark.
Several skirmishes between the Decepticons, the Autobots and U.S. armed forces climax to a robot and military battle royale in New York City.
Throughout the movie, viewers are continually changing perspective. First from Sam and Mikaela to U.S. Rangers Captain Lennox (Josh Duhamel) and Sergeant Epps (Tyrese Gibson) to prodigious government computer technician Maggie (Rachel Taylor) to the Secretary of Defense (Jon Voight) and back to Sam.
Viewers gain a firm understanding of the plot, but characters are consequently one-sided and clichéd.
Mikaela serves no real purpose but to be the pretty girl the hero gets at the end, and Maggie fills the role of that sexy computer babe that nerds dream of. Several minor characters such as Sergeant Epps lack a character at all, but are there to drive the plot forward.
The same applies for the robots. While in the TV show and comics every transformer had a unique origin and certain character, there is little or no attempt to recapture such in the movie.
With the exception of Optimus Prime, the robot’s dialogue is reserved for worn and predictable phrases such as “I live for Megatron” or “Come on, Decepticon punk!”
If anything, “Transformers” is a homage to long-time fans of the series, probably now in their early 20s to 30s, rather than an introduction for those who are unacquainted with it.
Optimus Prime’s first line, “I am Optimus Prime,” elected cheers and whistles in the movie theater, but all I heard was a name that sounded like a way to request your steak well done in Latin.
Explosive fight scenes mixed with incredible computer graphic detail is where “Transformers” finds common ground.
The articulate transformation from car to robot and robot to car is fascinating, especially when done mid-robot fist fight. Excellent computer rendering ensures that seeing two-story tall transformers fighting atop a crowded highway or dodging fighter jet missiles is believable.
But like most action movies, it seems the “Transformers” plot was constructed specifically to incorporate the action. This can be good because the anticipation of the next fight or conflict keeps the viewer strapped to his or her seat, but it gives the movie a superficial quality.
Viewers leave the theater without a particular sentiment except the satisfaction of the good fight won and giddy thoughts such as, “Wow! That was a big explosion” or “I wish I had that car!”
In essence, “Transformers” is like yellow American cheese. The taste is processed and used, but enjoyable it its familiarity.

Daniel Lee is a Reporter for Youth Journalism International.