TERRYVILLE, Connecticut, U.S.A. — Amnesty International on a mission to spread the word that gays are people, too, and its student chapter at Terryville High School is launching a controversial tolerance campaign to crush discrimination.
“This is our initial campaign, and it’s the first attempt at making gay issues known and to confront fears,” said Robert Nave, the school’s Amnesty International faculty advisor.
The campaign includes several factual morning announcements about bisexual, gay, lesbian, and transgender people and signs posted throughout the school advocating equality among people of all sexual preferences.
Laura Kwasniewski, the school’s Amnesty International chapter president, said the campaign is aimed at encouraging tolerance and respect towards people of differing sexual orientations and making people aware that hate and prejudice still exist.
But not everyone is tolerating the campaign. 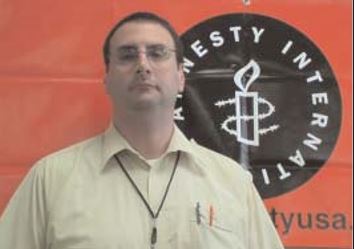