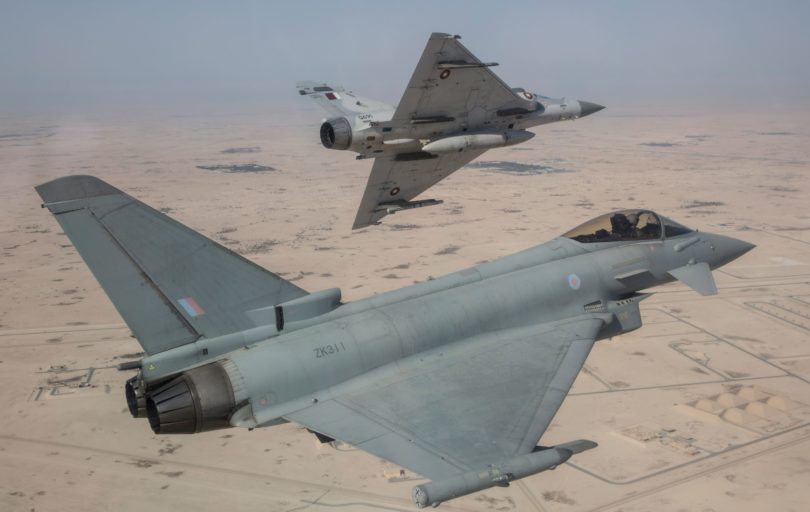 As the death toll increases, the abominable threat to humanity from Daesh, also known as ISIS and ISIL, must come to an end. However, destroying the moral high ground through airstrikes – like the ones the UK began last week – is surely no way to a peaceful global society.

Prime Minister David Cameron and opposition leader Jeremy Corbyn led British members of Parliament into one of the most divisive votes of the decade with a December 2 vote.  Westminster representatives voted 397 to 223 in favor of pursuing airstrikes on Daesh
militants.

As the richest terror organisation in the world, this extremist pandemic must undeniably be fast terminated. However, the means by which infected Middle Eastern communities are inoculated against this political disease has proven to be a contentious issue amongst British voters.
Last week’s decision, which followed a six-hour impassioned debate, showed that there is growing confidence in using airstrikes in Syria to crush this caliphate.
The case for the use of weapons in order to deplete the influence of Daesh is blatantly flawed. Politicians have devilishly branded use of weapons as a quick fix to this new age of Islamist insurgency, wiping out key leaders and reducing the ability of forces.

But the legacy of such intervention will have huge consequences, a truth which lurks behind Cameron’s façade of diplomatic strength.
Interventions against the similarly repulsive regime of Saddam Hussein in 2003 still taint British society today. Haven’t our politicians noticed that an identical situation exists in comparing Iraqi invasions with possibilities in Syria today?
Iraqi intervention has, in the long run, meant more harm than safety, with retaliation coming at the expense of innocent civilians. Strategists claim that the latest technology can reduce destruction, but there is no guarantee that airstrikes won’t cause despair among the innocent.
Iraq lost many civilian lives due to the brutality of the Western attacks and 12 years on, Iraqis are still subdued their plight. Every day, civilians cast their eyes over the rubble where once stood houses, schools and other institutions.
Questioning the legitimacy of this intervention is vital, given that vast number of voters simply cannot see sense behind the Cabinet’s decision. Government for the people instead of with the people has never become more obvious.
Of 218 Labour Members of Parliament sitting in the House of Commons, 66 voted in favor of airstrikes, while, according to the Guardian newspaper, only 13 percent of the party’s supporters firmly supported the move.
Values of social democracy, which the Labour party claims to stand for, have been challenged outright. Of course, democracy will always create losers, favoring the majority decision.
However, the British government has wholly disregarded the views of its people in presiding over such a contentious issue.
It is abhorrent that Labour members and, of course, Conservative government members, have disregarded the views of large numbers of citizens in the UK. There can surely be no clearer showcase of governmental bureaucracy as our elected representatives fail to act on opinions of the people.
There is simply no obvious equilibrium. Airstrikes would lead only to a very short-term gain, and long-lasting disparity.  The consequences of a smashed-up society are evidently too great for much of the British population to stomach.
In aiming to defeat Daesh, the same dangerous legacy as that of Iraq will come haunt us in coming years, and further terror attacks on our now vulnerable nation are imminent. While
intrusive, in these extreme circumstances, close surveillance tactics should be employed instead, amongst the strategies to limit the presence of Daesh in our global community.
The virtues of quorum, and not those of violent weapons, should be embraced by all. Dialogue can and should build bridges, leading citizens of all backgrounds into a more prosperous and peaceful humanity.
Further, Cameron’s vehement labeling of opponents to airstrikes as ‘terrorist sympathizers’ is unacceptable. Advocates of peace are those who retain the moral high ground, and those who promote a safe world.
The prime minister has removed the bandage of a wound which will continue to bleed for years to come. Global harmony has been pushed years further away, an unforgivable act.
Robert Guthrie is a Senior Reporter for Youth Journalism International.
***
Your tax-deductible contribution helps support the students
served by this nonprofit:
www.HelpYJI.org