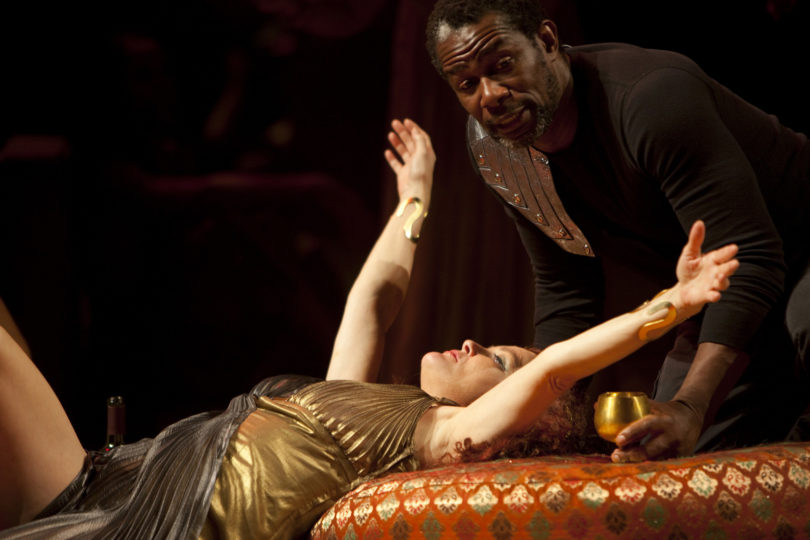 HARTFORD, Connecticut, U.S.A. — Antony & Cleopatra, now playing at Hartford Stage, is a show filled with drama and top-notch acting.
Kate Mulgrew was tremendously convincing as Cleopatra, the demanding, scheming, self-centered Egyptian queen.
As originally penned by playwright William Shakespeare, the part of Cleopatra required Mulgrew to have an amazing ability to probe the mind of the privileged elite of the ancient world. Despite being surrounded by luxury far exceeding that of the common person, she still felt plagued by the ill fortune brought on by her own poor choices.
John Douglas Thompson’s adept portrayal of Antony delivered the character’s vast emotional fluctuations. He effectively switched between deep depression and near maniacal happiness in a matter of seconds. The scene in which Antony kills himself best showed his acting capability; such emotional range is not often seen. 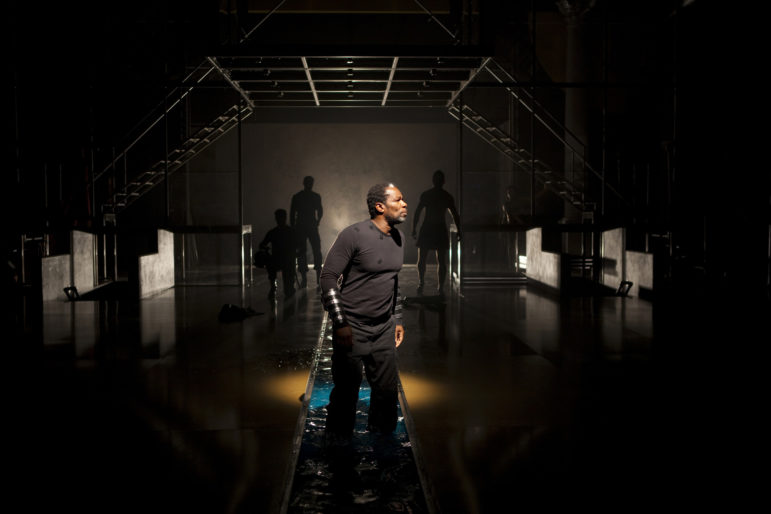 Other exceptional acting included Kimberly Hebert Gregory as Cleopatra’s sympathetic aide Charmian.
The costumes in this play had a modern influence, but still maintained a feel that would have been normal during Shakespeare’s time.
Some of the soldiers were wearing Goth clothing, including Pompey, played by Alexander Cendese. Others sported hats and shoes that people are wearing today. The Messenger, played by Jake Green, wore a modern messenger’s bag and reflective clothing like many modern couriers do. He provided humor and allowed for nice transitions from scene to scene.
There were also the costumes that one would expect: Roman skirts and dresses, traditional Egyptian dress, and helmets and armor.
The musical interludes, while recorded, nevertheless added significantly to the excitement of the play. Live drumming by some of the actors, as well as a brief sounding of a horn by Thompson, also helped.
An interesting aspect was the Nile running through the middle of the stage. It was a physical boundary between opposing sides during some scenes, and was often used as a prop, such as when Antony was “drowning” Menas, a pirate played by LeRoy McClain, who later allied with Caesar.
The set was complex. It is a three-side stage, and, sans the river, center and downstage were scarce. Upstage, however, was packed. Two staircases ascended upwards, one from up stage right, the other from up stage left, and met at a glass platform that overlooked it all.
Behind this was a large metal outline of a pyramid, and behind that, the Egyptian sun. On up stage right, the city of Alexandria was represented by Cleopatra’s throne, and Cleopatra herself (and her servants) when they weren’t onstage.
Stage left represented Rome, where three tall pillars overlooked two white thrones, each occupied at some point or another by Antony and Caesar.
Directed by Tina Landau, Antony & Cleopatra runs through November 7.

Kiernan Majerus-Collins is a Senior Reporter and Celeste Kurz is a Junior Reporter for Youth Journalism International. YJI’s David Katz contributed to this review.