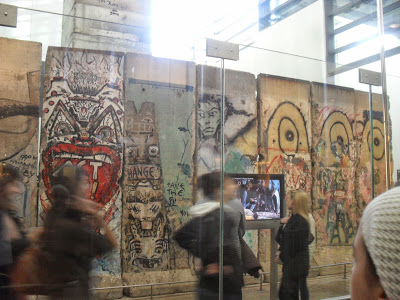 Part of the Berlin Wall, on display at the Newseum in Washington, D.C. (Mugdha Gurram/YJI)

WASHINGTON, D.C. – The West Side: Artistically represented with vibrant colors. Someone spray painted the words “Act Up!” across the wall, indicating the freedom that the citizens had on that side.
You could tell that a thriving community flourished there under a democratic government, with a free press and citizens at liberty to paint the wall that divided a city.
The East Side: A blank, gray wall. There were no signs of expressed freedom, as it looked like it was never touched by a single citizen.

Next to the gray wall stood a tall guard tower, signaling that if anyone tried climbing the wall or touched the wall on the east side that they would be arrested or even shot. 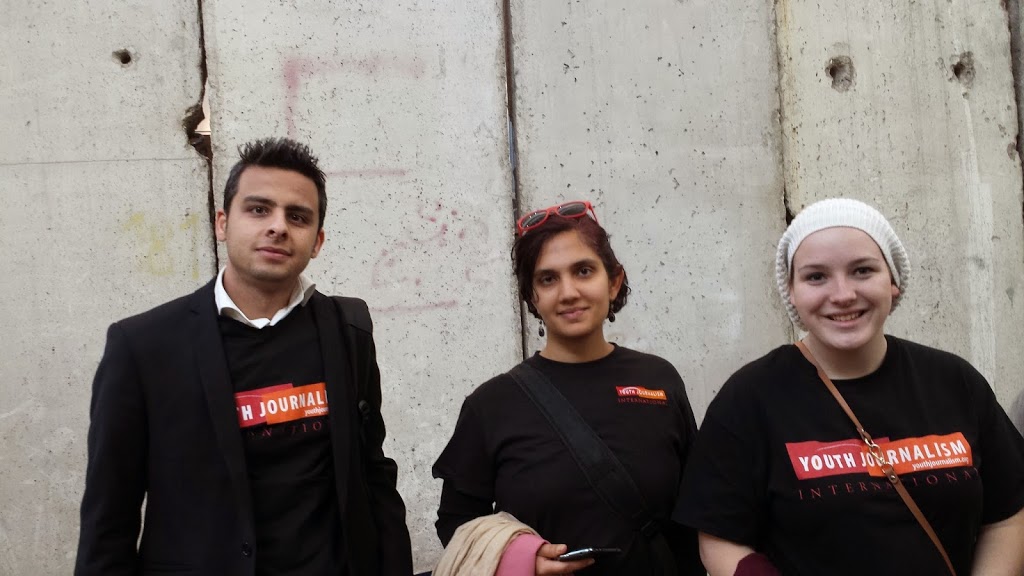 Mirwais Kakar, Hila Yosafi-Lehman and Sydney Hallett were part of a recent Youth Journalism International excursion to the Newseum. (YJI)

Communism had taken over East Berlin, the side where people were hungry and poverty rates were extremely high.
It was two totally different worlds, but it was one city.
November 9 marked the 25th Anniversary of the fall of the Berlin Wall.  A piece of the Berlin Wall is on display at the Newseum, where visitors can see the difference between the democracy and Communist rule in the city of Berlin from 1961 to 1989.
When I visited the Newseum on November 8 with fellow students from Youth Journalism International, I didn’t know it was the anniversary of the unity of Berlin.

As we arrived, signs that marked the anniversary greeted us, and I wondered why it was so important. I never really learned about the Berlin Wall in any of my classes, so I did not understand what the big deal was. Of course I knew about it, but until that moment, I didn’t realize the extreme importance of the wall to those not just in Berlin, but around the world as well. 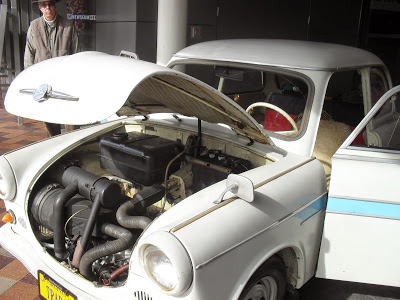 Hidden compartments in the Trabant automobile, a small car manufactured in East Germany from 1957 to 1991, were sometimes used to smuggle people through the Berlin Wall from East Berlin into West Berlin. It was also used to drive through breaches in the wall the day it fell – Nov. 9, 1989. A “Trabi,” as the cars were called, was on display outside the Newseum in Washington, D.C. on Sunday as part of the museum’s observation of the 25th anniversary of the fall of the Berlin Wall. (Mugdha Gurram/YJI)

At the exhibit a piece of the wall stood just like it would have in pre-1990 Berlin, but without the barbed wire.
The first sight I saw was the West Side and I was extremely impressed with the beauty and expression painted on the wall. Every inch was full of color and joy. It seemed like the people of West Berlin made the wall a canvas of their freedom.
Walking over to the East side, I expected it to look the same, but when I crossed over and looked, I was in shock.
The East side was gray and bland to the point that it seemed like a completely different piece of stone. If I saw the two sides in a picture, I would have never have guessed that they were two opposite sides of one wall.
On the East Side stood the guard tower. Even though no one was up there, it made me feel uncomfortable compared to the West Side.
The differences were drastic, and without even knowing the history, just looking at the two sides made me realize how different East and West Berlin were.
I then understood how important the Berlin Wall was to people.
Citizens on the East side were restricted to harsh rules and given little to no freedom. On the West side, citizens were creative, imaginative, and society thrived.

Part of the Berlin Wall on display at the Newseum in Washington, D.C. (YJI)

When the wall was torn down, it not only proved to be a physical barrier but also an emotional barrier in a divided city.
Loved ones who had been separated for 28 years finally got to see each other on November 9, 1991. Friends united and a broken city finally became one again. Even though I was not yet born, I could experience the emotion and power that the Berlin Wall stood for because of the Newseum.
Seeing the wall was one of the most breathtaking experiences of my life – not because it was a beautiful sight, but because of the history and the emotional journey behind the rise and fall of the Berlin Wall.
Sydney Hallett is a Reporter for Youth Journalism International. Mugdha Gurram, also from Youth Journalism International, took photographs.


See Youth Journalism International’s overview of the Newseum, a piece that includes photos and information about the FBI and crime exhibit.


See more from Youth Journalism International on the Newseum, including photos and information about the 9/11 exhibit and the Pulitzer Prize winning photography exhibit.
***
Your tax-deductible contribution can help support this nonprofit at
www.HelpYJI.org 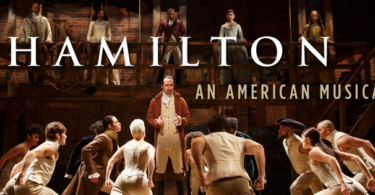 MELBOURNE – As an Aussie, I had never seen Hamilton and quite frankly had essentially given up hope... 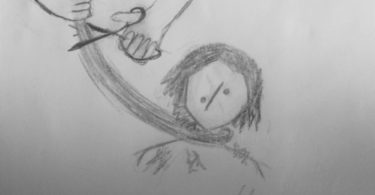