Saturday street protests in Washington, D.C. about excessive use of force by police. (Tamar Gorgadze/YJI)

WASHINGTON, D.C. – As I walked around with a family friend from France in Washington D.C. on Saturday, the last thing I expected to see was an ongoing demonstration.

I stopped people along the way to ask where they were headed. Most people seemed to have no specific destination, so I gave them my support. I was glad to see the cause was not easily forgotten, like many other issues today.
I moved on to speak to more people and got a general sense of the thoughts and attitudes of the protesters.
I even ran into a man from South Carolina wearing an “I Can’t Breathe” shirt – a reference to the death of Eric Garner, a black man in Staten Island, New York who died in July after being put in a forbidden chokehold by a police officer.
A video of Garner, who was allegedly breaking the law by selling cigarettes on the street, shows him repeatedly saying, “I can’t breathe,” while on the ground in the chokehold and surrounded by police.

A grand jury in Staten Island decided not to bring charges against that police officer, spurring more protests.

I was very happy to see people still putting in the effort to stop the discrimination once and for all.
Tamar Gorgadze is a Reporter for Youth Journalism International. 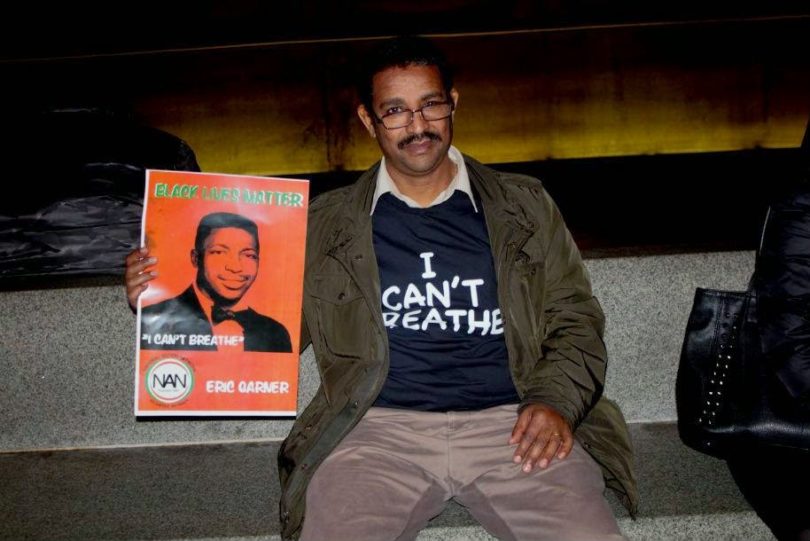 A man from South Carolina who took part in the Washington, D.C. protests wears an “I can’t breathe” shirt. (Tamar Gorgadze/YJI) 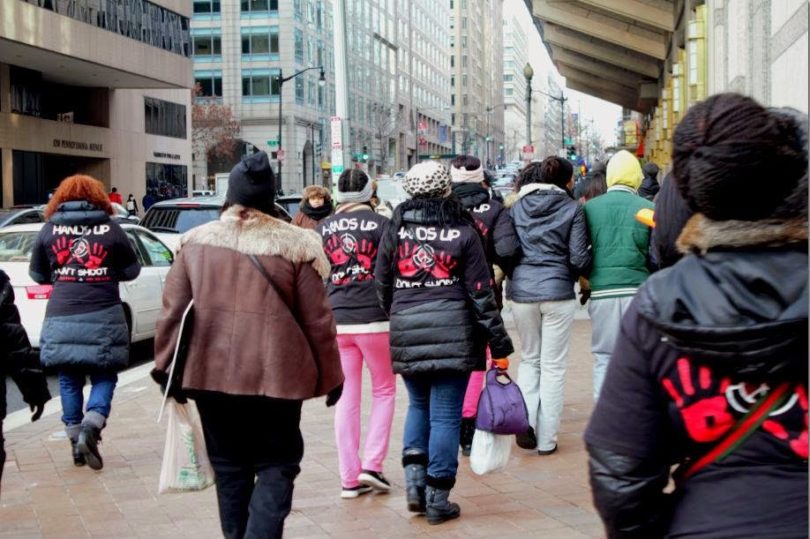 Some protesters in Washington had “Hands Up, Don’t Shoot” on their coats. (Tamar Gorgadze/YJI) 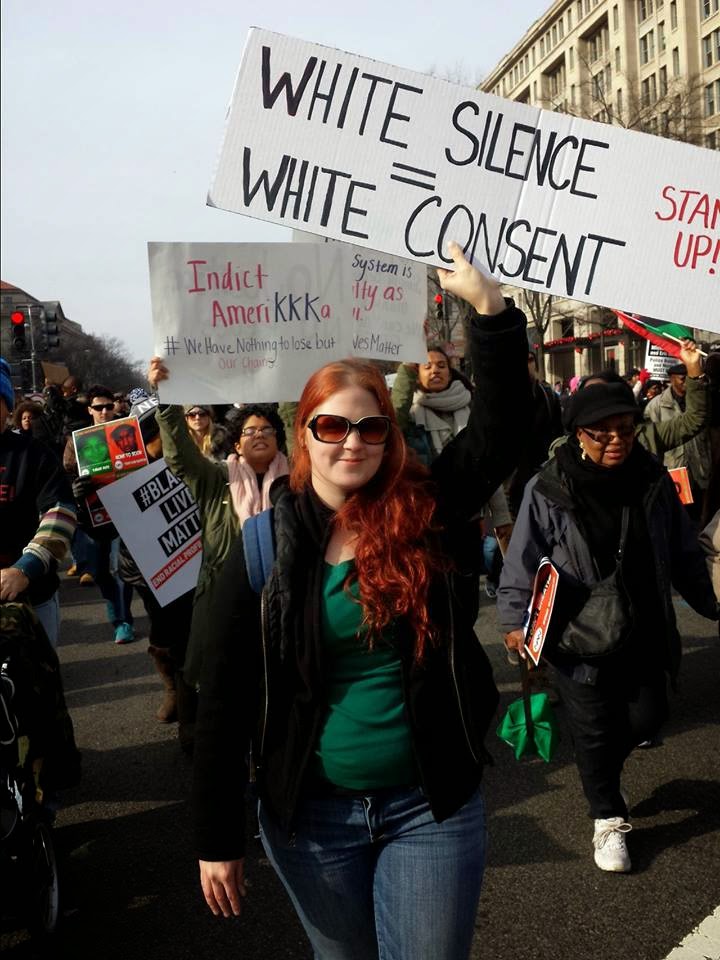