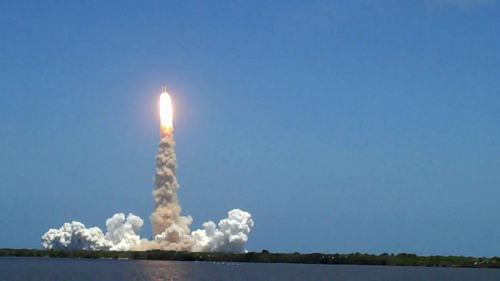 It was a blazing hot and sunny day with the temperature close to 90 degrees, and I was there for the final launch of space shuttle Atlantis.

Minutes before, I was sitting on the bleachers, finishing my pulled pork and baked beans lunch, waiting to watch Atlantis, also known as Space Transport System #132, the 132nd United States Space Shuttle, blast off.

The shuttle sat 3.9 miles away across the bay. 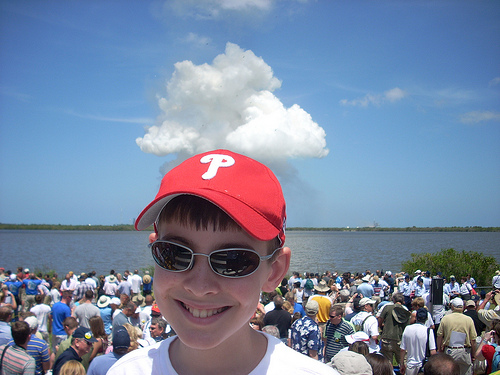 “Would everyone please rise and sing the National Anthem,” said a man over the speaker. Once the song was over, there was a little more than three minutes left. At every minute, starting at three minutes from lift off, I cheered and applauded because the time kept getting closer and closer.

When we said “ONE!” during the countdown, a white puff of smoke shot out of the shuttle’s fuel tank.

I watched the space shuttle rise above the platform, then the birds, then the enormous cloud of white smoke that it had made and eventually over the white puffy clouds.

I thought to myself, “Wow!” Though 3.9 miles may seem far away, it’s actually pretty close for a shuttle launch. We learned the day before at NASA’s pre-shuttle briefing that if you are within a quarter mile, you would melt from the heat, and if you were within a half mile, you would die because of the loudness.

I got to sit at Cape Canaveral’s Banana Creek viewing area because I was a guest of ship Commander Ken Ham and his wife Michelle Ham, who also works for NASA.

I met the Hams at the Imagine Nation Museum in Bristol, Conn., when they visited the new space theater there last fall.

To get to Banana Creek, you had to have a special pass and then take a NASA bus. I looked around at the big crowd and saw people from Germany, Laos, England, and the states of Texas and Alabama.

At launch, everyone was looking at the bright light and the trail of whitish-gray smoke that the rocket left behind.

Suddenly, the lake started to ripple and … BOOM! The sound hit me like a train.

I had been so focused on the bright light coming from the blast off that I hadn’t even noticed that there hadn’t been any loud noises.

My heart started to beat harder. I don’t know why, though. I think it might have been because I had never seen a launch before and I was really excited.

The night before the launch, at a party the Ham family threw, I met another astronaut, Mike Fossum, who told me what to expect and that I would see things before I heard them because the speed of light is faster than the speed of sound.

I was lucky that I got to see Atlantis go into space because it was the ship’s last flight, unless it has to rescue one of the next two shuttles. Atlantis is the third to last shuttle launch that will ever happen in America.

After about two minutes in the air, the shuttle was the smallest thing that you could see in the sky. I was able to see Atlantis, which by then looked like a star in the sky, for about three or four minutes until it finally disappeared into pure nothingness on its way to the International Space Station.

Everyone screamed and applauded and made every possible noise to show how happy and amazed they were. I cheered and clapped along with everyone else.

Seeing Atlantis blast into the air was probably the coolest and most exciting time of my life.

Jason Soltys is a Junior reporter for Youth Journalism International. 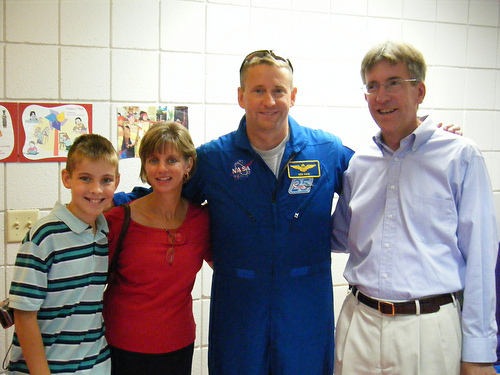 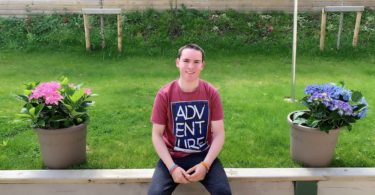 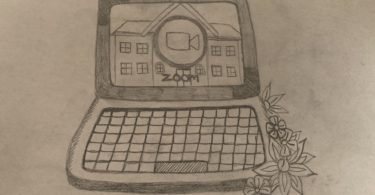