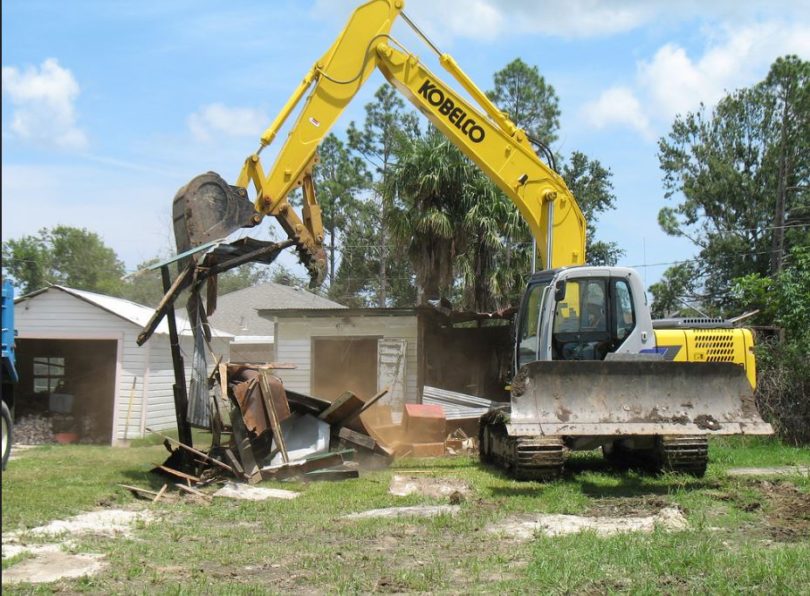 Earlier today, I heard from a nice woman in New Jersey that I met because of Katrina, and it made me think about The Tattoo and the things I’ve written. And so here’s another entry, and it’ll probably be my last.

It’s my last for a lot of reasons, but one of them is that I’m not going to be a teen for much longer. I turn 20 in April. It’s my golden birthday and everything. It’s special. Don’t get me wrong, though – I’m terrified. I hate getting older, and not being able to say –teen at the end of my age is going to kill me. Birthdays mean that time is moving, and it’s moving fast. I remember spending my 18th birthday in Ryan’s restaurant because we were still living in the FEMA trailer. We ate the birthday cake right there.

Mom always nags that I haven’t written much on the parish lately. I know I should, so that other people can understand what the people in St. Bernard are feeling, how they’re coping, how they’re getting through each day. But sooner or later, after ordeals like Katrina, the earth-shattering kind, you need to put it all behind you. You need to let go.

I guess part of us will never let it go. It’s rare that I get through the day without hearing or telling a Katrina joke. Yes, we joke about it. We love laughter down here, especially in my family. Laughing and eating – it’s how we get through the tough times.

I still remember when we were living in the motel in Bossier City and we had a mini-barbeque in the parking lot. We’d just lost everything, but there we were. That says a lot about the people down here where I’m from. I’m proud of that.

My maternal grandparents – the ones that didn’t want to evacuate – lived in Hammond for a long time. Hammond – that’s where I am now, a junior at Southeastern Louisiana University. Last week, my grandparents moved their house trailer to our spare lot in St. Bernard. They’re living down there now, hoping to rebuild their house and start over like the rest of us.

It’s a slow process. It’s been over two years since Katrina, but there are still so many people who haven’t come back. Some won’t ever, but there are others out there still wishing they can move back and have things the way they were.

Not all change is bad, though. I discovered Family Dollar because of Katrina, and I love it. That store has everything. (St. Bernard has around three or four locations now.) Mom and I make an outing of it, driving down the road to Family Dollar. It’s important to us.

Southeastern is a great school. I’m glad that I ended up here. I’ve made new friends; my professors are incredible; and I’ve had tons of opportunities. Truth is, though, I’m not sure what I want to do anymore, and that’s okay for me right now. I know I’ll always be writing. That’s important.

The new house is coming along. It’s a fortress against hurricanes and all that chaos. Dad’s poured everything he’s got inside of him into this house, into making the walls and building the roof. He’s done an amazing job, too, but it’s slow progress on the house. No one knows when it’ll be finished, but it’s closed in now. The roof is on; the garage door was installed a few weeks ago. And the windows – oh Lord, the windows. They’re this special kind that you could hit with a baseball bat. The glass will shatter, but it won’t break apart. This is a hurricane fortress. We’ve all become hurricane fortresses.

What I wonder most about the new house is, will we need it? Is there going to be another hurricane one summer that’s going to destroy lives all over again? I don’t have these answers. I have no clue what’s going to happen. The truth is, this fortress we’re building . . . we might never need it. We might never have to pressure wash the garage or evacuate again. No one knows these things.

But what I do know is that things always change. The parish is changing shape. Devastated houses are disappearing; new businesses are opening. We’ve even elected new parish government officials.

I don’t know where all of this will lead, but I know that we’ll be ready. A while ago, I spoke with a very influential man in New Orleans, and when he found out I was from St. Bernard, he was thrilled. Strong people, he said. Resilient people. That’s us. That’s St. Bernard.

I wish everyone who has read my journal could come down to my parish and see why I love it and why it means so much to the people who live there. I wish I could take everyone to Rocky and Carlos, a famous restaurant down here, and eat baked macaroni and breaded veil cutlet. I wish I could show everyone the battlefield where the Battle of New Orleans was fought. And the Violet Canal, where everything beautiful in the world is caught up in the marsh and the waves.

It feels good to finally put the chaos of Katrina behind me and to focus on the rebuilding part of a disaster, the part with hope. The world has moved on. Why can’t I? Why can’t St. Bernard? It might take us a little longer. We might hit a few more of New Orleans’ famous potholes along the way, but southeast Louisiana is still hanging in there, making progress and changing day by day. We’re still trucking along.

Samantha Perez is a Reporter for Youth Journalism International. This is the last of a series of 34 journal entries over the course of two and a half years describing what happened to her when Hurricane Katrina hit the Gulf Coast and flooded her hometown of St. Bernard Parish outside of New Orleans. You can read the entire series from the start by clicking here on the first entry.