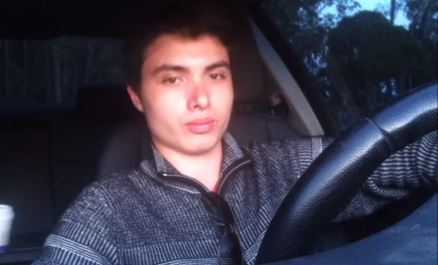 Elliot Rodger
WEST HARTFORD, Connecticut, U.S.A. – It’s happened again.  More young women have lost their lives because of male entitlement.
This time, the shooting in Santa Barbara, Calif., has taken six people and injured 13 more.
Just last month, a teenage girl at Jonathan Law High School in Milford, Conn. was stabbed to death for rejecting a prom proposal.
A trend is emerging.
But how apparent is this trend? Not as apparent as it needs to be.
What worries me the most is that people are ignoring it, choosing to focus on alternatives such as mental illness. While that may have played a part in the crime, the public needs to realize
that the killer’s motive came from more than just a mental disability.
Mental disability does not breed a sense of entitlement to a girl’s love or her body.
While gun control and treatment for mental illness are important issues that need to be addressed, I fear that they will be the only ones considered as motive for this crime.
There is a theme made prominent in the pre-rampage video made by the apparent killer, Elliot Rodger, a 22-year-old University of California Santa Barbara student: male entitlement, the idea that men deserve a woman because they are nice.
Women are not investment offers. Men cannot expect to put in a little time and a few compliments and get love in return.
Ideology such as “the friend zone” and “nice guys finish last” are dangerous because they perpetuate the idea of females owing men for being “civil.”
If a man believes that he deserves love in exchange for being pleasant, he is obviously not as nice as he thinks he is.
A woman does not owe a man anything simply because he is acting like a decent person. She does not owe him her love as a “reward” for doing his duty as a human being.
Yet this debt that a woman supposedly owes a man for his decency is the very thing Rodger addressed in his video.
It is the very same reason that a young woman in Connecticut got stabbed to death for refusing to go to prom with someone.
Rodger is not a hero for the “nice guys” who get rejected.
Neither is Christopher Plaskon, the accused killer in Milford.
They are threats. They are murderers. And they are the reason that so many girls are afraid to say “no.”
Mudgha Gurram is a Junior Reporter at Youth Journalism International.