PLYMOUTH, Connecticut, U.S.A. — It’s easy to take whatever the media says about Generation Y as being factual. But what do those who are part of Generation Y, the ones who are on the front lines of adolescence, have to say about America’s youth culture?
Ned Vizzini and Marty Beckerman both had their first books published while they were still in their teen years. 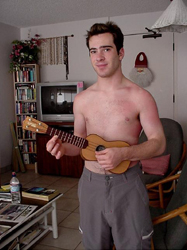 Free Spirit Publishing put out Vizzini’s Teen Angst? … Nah! when he was 19. At 17, Beckerman self-published Death To All Cheerleaders. Both started writing for their local newspapers when they were 15 – Vizzini for the New York Press, Beckerman for the Anchorage Daily News. Both authors wrote about their adolescence. Both had their second books published in 2004, both of which are now being made into feature-length films, and both have announced that their third books will be released in 2006.
The two young writers seem to mirror each other, and in fact, each of their personal websites contain respectful praise for one another.
Yet the two are different in one key aspect: they stand at opposite ends of what they believe to be the true nature of Generation Y.
Beckerman’s second book, Generation S.L.U.T. (Sexually Liberated Urban Teens) A Brutal Feel-Up Session with Today’s Sex-Crazed Adolescent Populace, argues that today’s teenagers are becoming soulless, pleasure-seeking vessels, in part thanks to the media, divorce rates, and the feminist movement.
Citing a study done by the Alan Guttmacher Institute, he elates that 80 percent of 18-year-old American boys and 77 percent of 18-year-old American girls are non-virgins. It also prominently cites the same study saying that 7,700 A m e r i c a n teenagers lose their virginity every day. Though the statistic is intended to be shocking, it’s not. According to U. S. Census numbers, 7,700 American kids per day amounts to less than a sixth of all U.S. teenagers annually.
Beckerman’s autobiographical description on his personal website endows him with the title of “the 21-year-old spokesman for his doomed generation.”
He even goes so far as to quote Dante in the opening of his book: “Poet, by that God to you unknown, lead me this way … and be my guide through the sad halls of hell.” 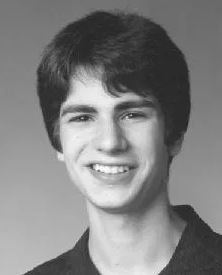 Vizzini does not take nearly as harsh a tone when talking about Generation Y.
In his first book, Vizzini openly talks about being an 18-year-old virgin. Vizzini’s personal website also recently displayed a link to an article that cited The National Center for Health Statistics reporting a decrease in sexually active teenagers.
Writing for The New York Times Magazine, Vizzini states, “The media has presented adolescence as hell on earth – chock full of evil cliques (the cliques in grade school are worse), domineering parents, and profound decisions that will decide the rest of your life for you. Nah. Adolescence is a time to sit back, make some friends, make some money, and discover what you’re good at.”
This certainly doesn’t sound like someone who is coming from an era of hopeless destitution that Beckerman claims is the reality of modern-day teenage life.
Nonetheless, New York Press writer George Tabb called Vizzini “the definitive voice of his generation.”
So who is correct when talking about today’s youth: the spokesman of the generation or the voice of the generation?
To add to the already-blurred picture, none of these statistics coincide with a survey of 3,351 students ages 16-18 with at least a B average. The “Who’s Who Among High School Students’ 26th Annual Survey of High Achievers” states that only 12 percent of these teenagers are non-virgins.
All of this begs the question of what’s the truth behind Generation Y — something that not even its own people agree on.