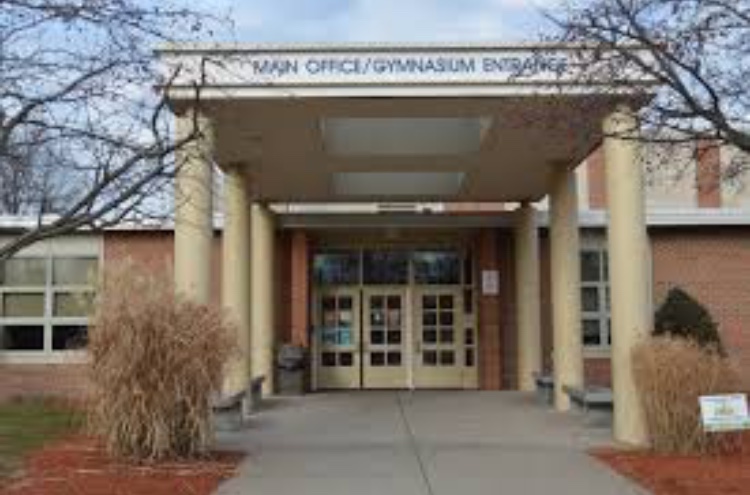 An inspection team from the New England Association of Schools and Colleges is at the school this week to determine if Eastern’s crucial accreditation will remain in place – and school officials have been doing all they can to convince the visitors that everything’s going great. 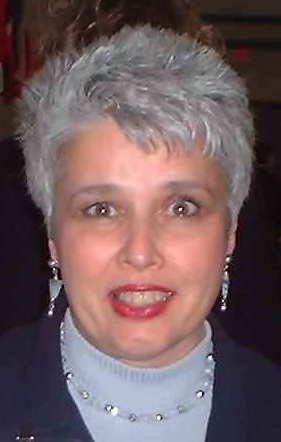 For weeks, students have seen custodians and electricians working in the hallways fixing the lights and repositioning televisions and trophies, trying to spiff up appearances.

“It’s stupid,” said student Ashley Perondine. “They change the school for that week.”

But appearances don’t matter much in the process.

“Cosmetic stuff doesn’t really get you accredited,” said Eastern Principal V. Everett Lyons. “Teachers aren’t planning any whoop-de-doo activity,” he said, “It doesn’t really do anything to put on a show.” But, he added, “Obviously, if company is coming, you dress up a little bit.”

During the school’s first accreditation inspection in a decade, outside experts are reviewing everything from Eastern’s mission statement to the class work done by students.

“The stakes are high,” said John Harris, who heads the steering committee at Eastern that’s been preparing for the inspection.

“It’s not acceptable to not be accredited,” Harris said. “It would be a very serious indictment” of the school if that happened, he said.

Lyons said the students realize the impact of an accreditation.

Without it, said Harris, “Students who graduate would have a hard time getting into college.”

But neither Harris nor Lyons said they are worried that the school could get a thumbs-down from the experts.

“We are very well prepared,” said Lawrence Hochman, a veteran guidance counselor at the school and another member of the steering committee.

“I think we’re going to do very well,” Lyons said.

Hochman said the accreditation effort is more of an overall improvement process at Eastern and it will have a positive effect for students in the long run.

On Sunday, school officials held a catered reception for the accreditors and the students they will “shadow” today.

Men in suits and women in skirts and dresses roamed and chatted in the school’s cafeteria, nibbling on fancy hors d’oeuvres that differed greatly from the usual fries and burgers of the ordinary school lunch menu.

The school’s jazz band, directed by Brian Kelly, played invigorating music to keep the cheery mood of the evening alive.

“The food is good,” said John Voss, a member of the visiting committee who seemed happy to be at the school.

On Sunday afternoon, the visitors appeared free of stress and any worries of the work ahead, munching on exquisite desserts and scrumptious appetizers.

There’s no telling, though, what sort of mood they’ll be in after a few days giving Eastern a close-up look.

This week, inspectors are shadowing some students to see what actually happens in the classroom. As part of a 1999 change in assessment protocol, they’ll also be required to stay in a classroom for a full period.

The inspection team consists of 16 educators from across Connecticut who will study the school’s instruction, curriculum, student assistance programs and more.

They will meet with faculty, talk with students, eat lunch in the cafeteria, visit classes, speak with parents and pore over documentation provided by school administrators.

In an online account of what happens during inspections, Pamela Gray-Bennett, director of the Commission on Public Secondary Schools, a part of the regional group, said, “Team members observe the students’ learning experiences, note the practices that teachers use related to curriculum, instruction, and assessment and evaluate the adequacy of the facility and resources for learning.”

Beginning Tuesday, team members will begin to write up their assessment report in response to the school’s own “self-study” report, to eventually submit to the accreditation board to be voted on.

In addition to the two years of preparation, Bristol Eastern will have to wait until the end of the summer for the accreditation process to end, when the report and recommendations are finally released.

But the mostly unstated worry is that it could also include some bad news.

The inspectors will look at seven areas within the school, including its curriculum, leadership and resources, and rate each of them on a 4-point scale.

In each category, the school can be rated either exemplary, acceptable, limited or deficient, according to Harris.

A deficient score “would be a very strong statement that something needs to be done,” he said.

Harris said, though, that Eastern is shooting for more than just an acceptable rating.

“It’s not a question of being above the minimum,” he said. “If you have things that are good about the school, then it should be recognized.”

Generally, the inspectors’ report “triggers a follow-up effort to convert recommendations into an agenda for change and improvement. Schools that are committed to the process find that it works,” according to a statement on the association’s web site by Jacob Ludes III, the group’s director.

Although Lyons is confident that the school will be accredited, it probably won’t be a flawless effort.

“We have some problems in staffing,” Lyons said, referring to the growing class sizes and teacher shortages. He predicts the school might get a recommendation for that by the committee.

He’s not worried about the students, however.

“They’re a great bunch of kids,” the principal said. He said he knows they’ll “be themselves.”

Tattoo writers Sam Yosafi, Katie Jordan , Sara Greene and Nicole Bernosky contributed to this story. Along with Joe Keo and Mike Nguyen, all are Reporters for Youth Journalism International.