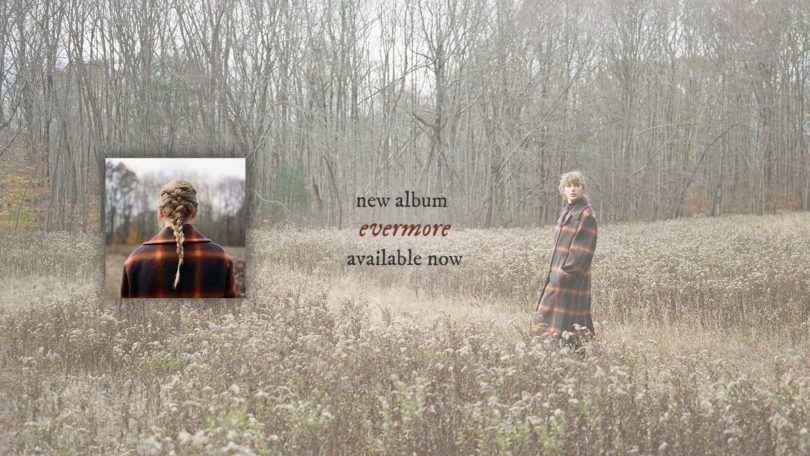 Evermore brings with it another mystery box of beautiful sounds, hidden details, and recurring themes for fans to discover and re-interpret.

Folklore took the revolutionary step out of the pop genre Swift had become synonymous with and dove into a soft indie-folk sound which won the hearts of listeners around the world.

Evermore – described by Swift as Folklore’s sister record – goes deeper into this sound and adds yet more layers of wonder.

Off the back of an album that meant so much to so many, it would be understandable to speculate that Swift’s new album could never live up to its predecessor, but a first listen put those fears to rest.

Evermore is just as incandescent and poetically crafted, with beautiful acoustic melodies contrasting with moments of great power, equally subdued and uplifting.

The album is in perfect continuity with the tone of Folklore while also capturing its own distinctive aesthetic. The two works almost complete each other, with Swift describing Folklore as representative of spring and summer and Evermore symbolizing fall and winter.

Like most of Swift’s albums, it also serves as a fully cohesive piece of work, with a consistently high standard kept throughout. It is a testament to her talents as a musician that such quality could be sustained over 32 tracks on two albums, without any song being recognizably weak.

Evermore may not be as lyrically striking as Folklore, although it’s hard to compete with lyrics like “is it romantic how my elegies eulogize me” and “masquerade revelers, drunk as they watch my shattered edges glisten,” Swift is still able to exercise carefully crafted storytelling, arguably her greatest strength.

The album recounts epic tales of wonder, tragedy and escapism that take listeners on a unique journey into the artist’s wondrously imaginative mind, exploring different characters and narrative voices that overlap and interweave throughout.

Through the two albums, Swift created a universe in which her characters, like Dorothea (from Evermore) and James, Betty, and Inez (from Folklore) co-exist and interact.

Swift constantly switches between fictional stories and songs about her own life, often blurring the line between the two.

It’s so unusual in modern music to find an artist who explores as wide a range of subjects as Swift; in “Champagne Problems” we hear the story of a woman who declines a wedding proposal and in “No Body No Crime” we’re even placed in the middle of a murder mystery inspired by Swift’s obsession with true crime.

In “Marjorie,” Swift sings about the complex grief associated with her late grandmother, operatic singer Marjorie Finlay, whose own vocals feature in the background of the song.

Swift has a remarkable ability to have the production and melodies of her songs perfectly match the lyrics in a way that creates a truly visceral and thought-provoking experience. Where words can’t quite capture the emotion, the sound does, which is what truly good music should do.

This album is slightly more experimental and contains some more contemporary stylistic choices than Folklore, notably the production on the song “Closure” doesn’t seem to fit the acoustic vibe of the rest of the album. In some ways, Evermore doesn’t seem to capture the same sense of timelessness and sincerity of its predecessor – despite Folklore’s references to things like social media – it still created a more universal tone.

At least at the moment, Evermore doesn’t seem to have the universally acknowledged masterpieces like the “August” and “My Tears Ricochet” of Folklore which will likely come with time, although a particular standout for me is the opening track “Willow,” particularly paired with its feature-film-like quality music video.

For me, Folklore will always be special, but Swift’s discography is undoubtedly better off with this new addition that definitely lives up to expectations. With an album as intricate and complex as Swift’s most recent works, the music can evolve so much over time, with new details being noticed years on from its release.

Evermore is yet another example of Swift’s dedication to fans, superb song writing skills and vocals to match.

In the same way a great poet carefully chooses each word or an artist meticulously plans each drop of paint, Swift proved, yet again, her ability to craft beautifully cohesive and meaningful albums in a world in which carelessly produced music can too frequently come and go unnoticed.

She will undoubtably be remembered as one of the greatest songwriters of our time.