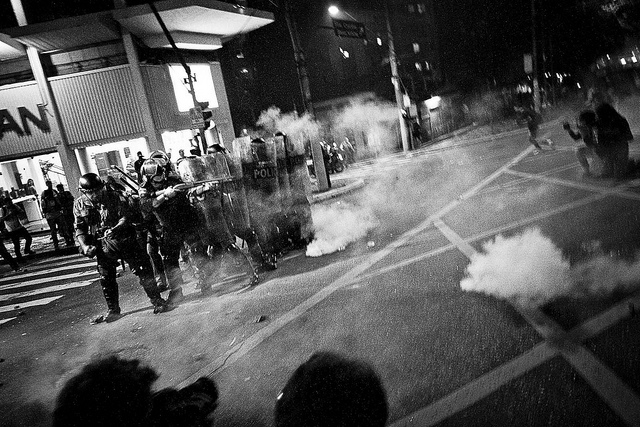 On the corner of the streets and Maria Antonia Consolation. Where police initiated the confrontation with protesters. (Vinicius Ferreira/YJI) 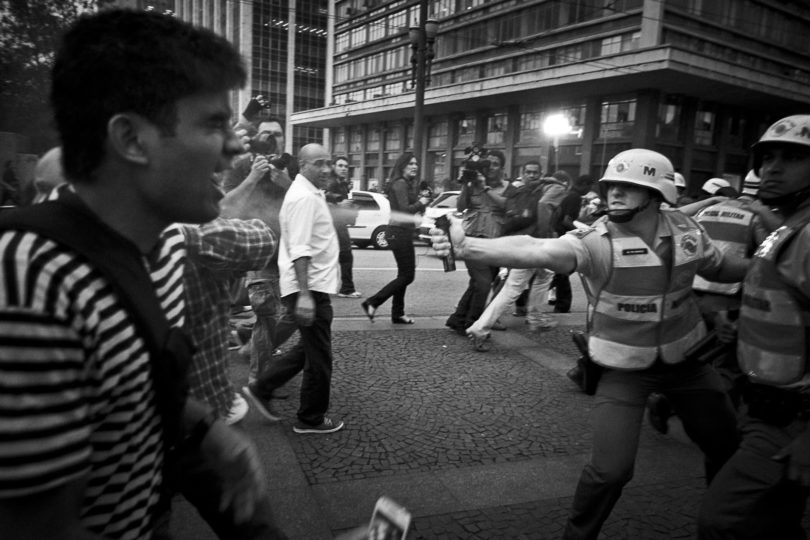 Police use pepper spray on protestors trying to help another protester who was being arrested. (Vinicius Ferreira/YJI) 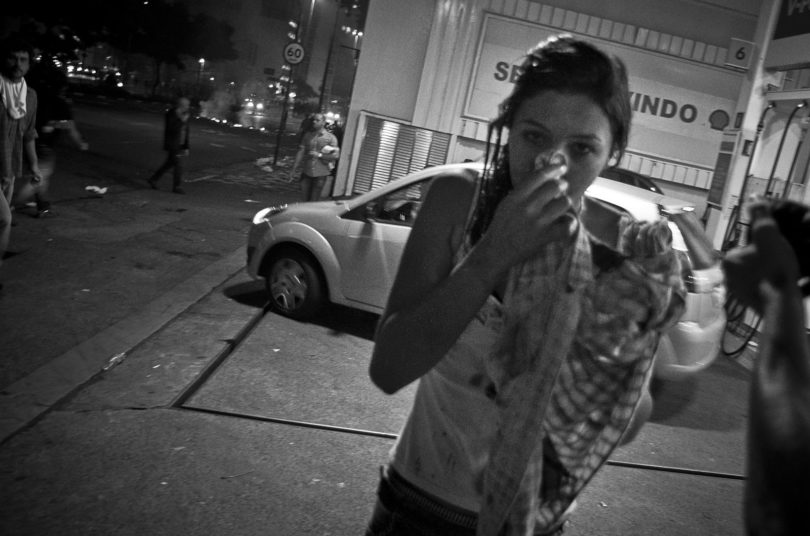 Protester is injured by tear gas bomb in the street Consolation. (Vinicius Ferreira/YJI) 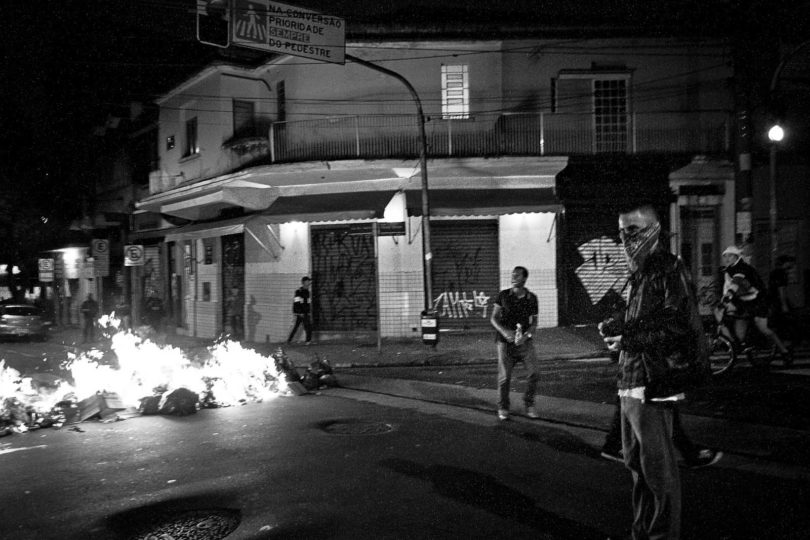 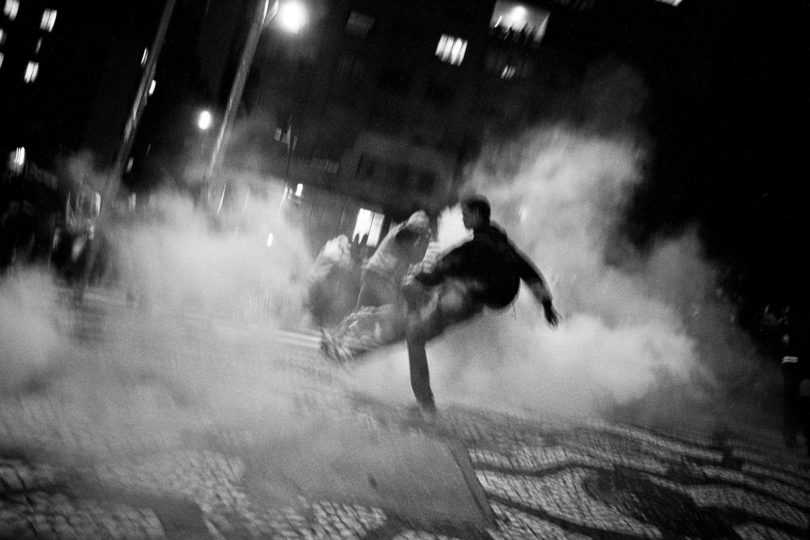 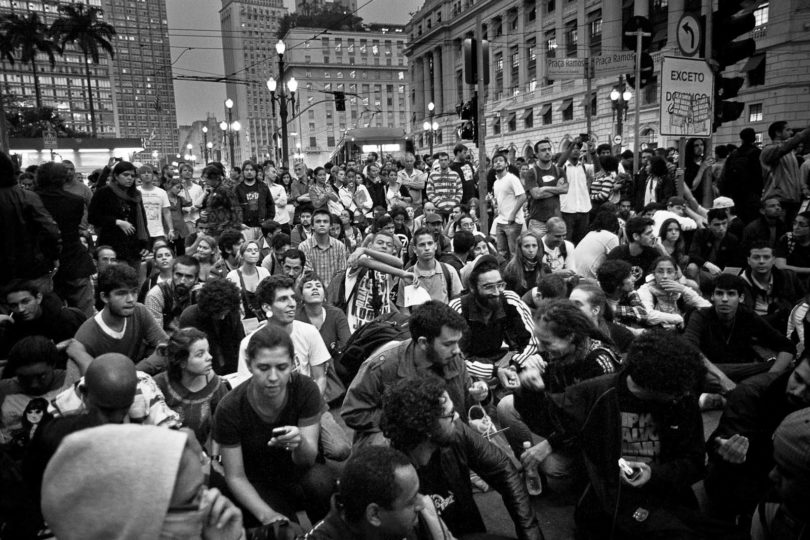 Activists gather in front of the Municipal Theatre of São Paulo to start the demonstration. (Vinicius Ferreira/YJI) 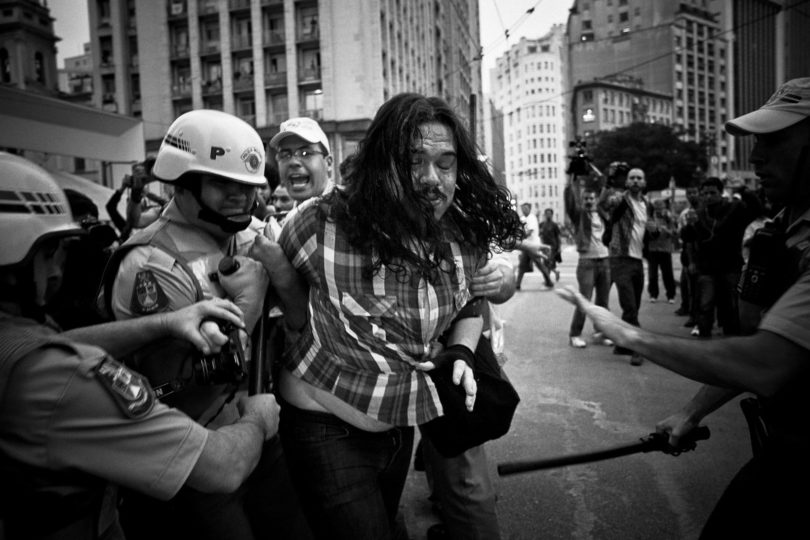 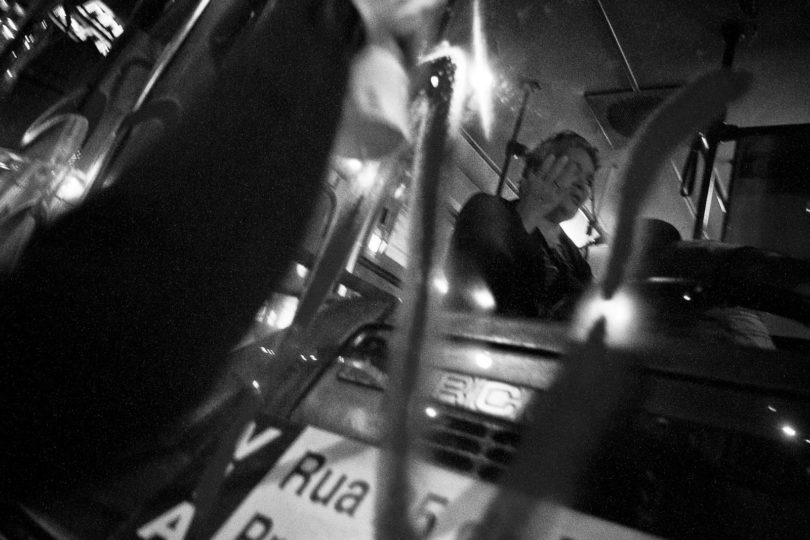 Tipping buses amid protest. (Vinicius Ferreira/YJI)
CURITIBA, BRAZIL – For the first time in more than 20 years, young people are waking up to protest for their rights.

Following the Arab Spring and growing unrest in Turkey, Brazilians are rising as well to push for a better life.

Many are unhappy with the high cost of hosting the World Cup and Olympics in the near future, which is draining money from public coffers that’s needed for health care and education.
The anger of some demonstrators expressed decades of neglect by their political representatives.
Starting a week ago in São Paulo, the streets have become a battleground between protesters and riot police.
Officers have responded to stones with rubber bullets, tear gas and clubs against those who are opposing corruption and seeking better public transport, hospitals and schools.
Though it began over a small bus fare hike, that was only the beginning.
What we are seeing are youths disgusted with the country’s current situation.
It is Arab Spring spreading worldwide.
Vinicius Ferreira is a Photographer and Reporter for Youth Journalism International.