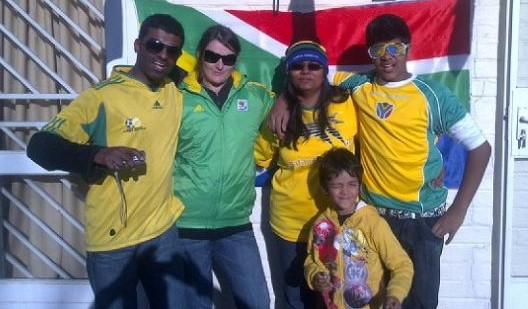 DURBAN, South Africa — Waking up in South Africa will never be the same again.
For most people, this World Cup may seem just a series of games.
But for South Africa, the World Cup this year means the world, not only for the country itself but for the people that make up this rainbow nation.
When the opening match took place at the Soccer City stadium in Johannesburg, everyone watching could see the stadium packed with a sea of people in their Bafana Bafana gear, eagerly waiting to support the boys in their battle with Mexico.
When South Africa made the first goal of the world cup, the heart of every South African skipped a beat. It was a moment that will never be forgotten.
Even though the match with Mexico ended in a draw, South Africans all over the country raised their flags, blew on their vuvuzelas, honked their car hooters and stood proud.
Win or lose, the world finally got to see what South Africa has to offer.
With a month to go, South Africans are opening their arms to the world. For South Africa, this is a new beginning.
Our nation can finally say this is home.