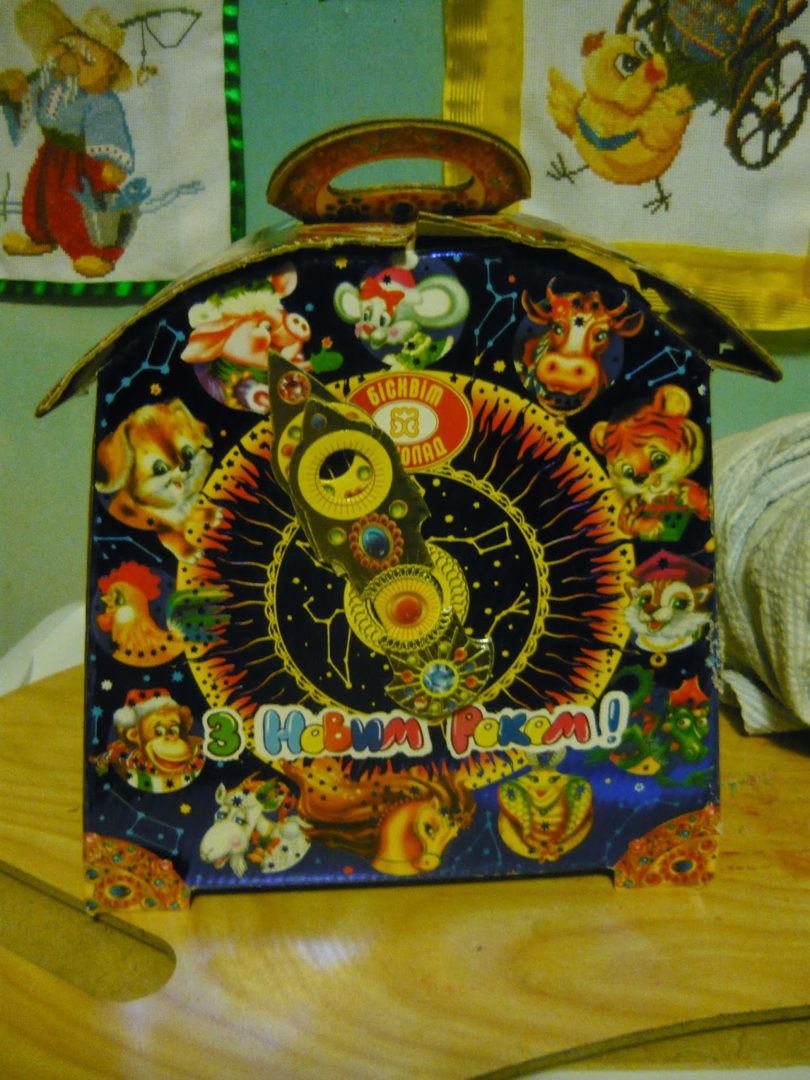 A box of special candies for Russian Orthodox Christmas. (Yelena Samofalova/YJI)
WEST HARTFORD, Connecticut – As a Ukrainian immigrant, I know that Eastern Europeans celebrate their winter holidays differently than Americans, as they do most things.

Our holiday season starts off with Saint Nicholas’s Day on December 19th. I can see how it connects with the American Christmas, since Santa Claus is sometimes referred to as “Saint Nick.”
On Saint Nicholas’ Day, I get my first huge box of Russian candies of the year. 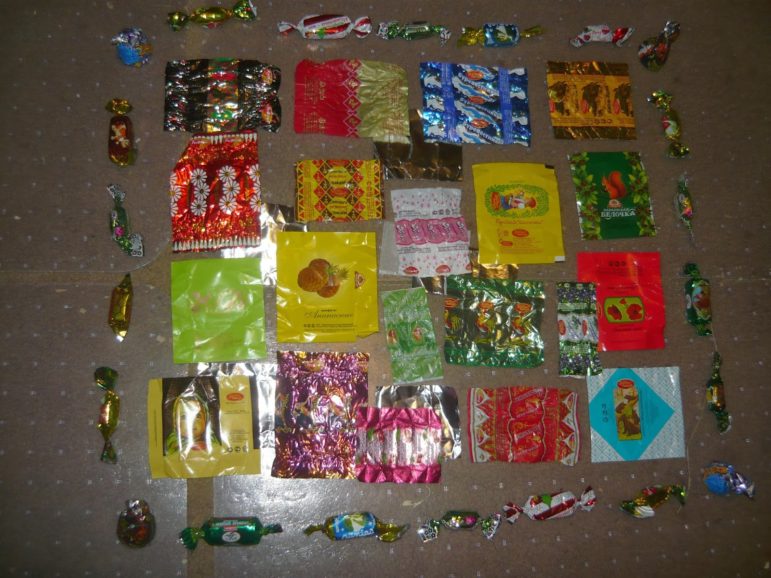 They sell these at a small shop near our house called the Delicacy Market which sells exclusively traditional Russian foods.

Saint Nick puts them under our Christmas tree, just like he does in the American tradition. Living in a small apartment,
we’ve had a plastic tree, although real trees are not uncommon in Russia, Ukraine and probably other Eastern European countries as well.
In Russia and neighboring countries, kids would buy these small, individually wrapped candies by the kilogram for a few dollars, and still do.
There are all kinds of candies, including chocolates and hard candies, which all have different names that everyone knows. Some of my favorites are chocolates called “Daisy” or Romashka in Russian and “Squirrel” or Belochka.
There’s even one named after me! It’s called Alenka, which could be a nickname for my name “Lena.” It’s a tasty solid chocolate with a little girl’s face on the wrapper. 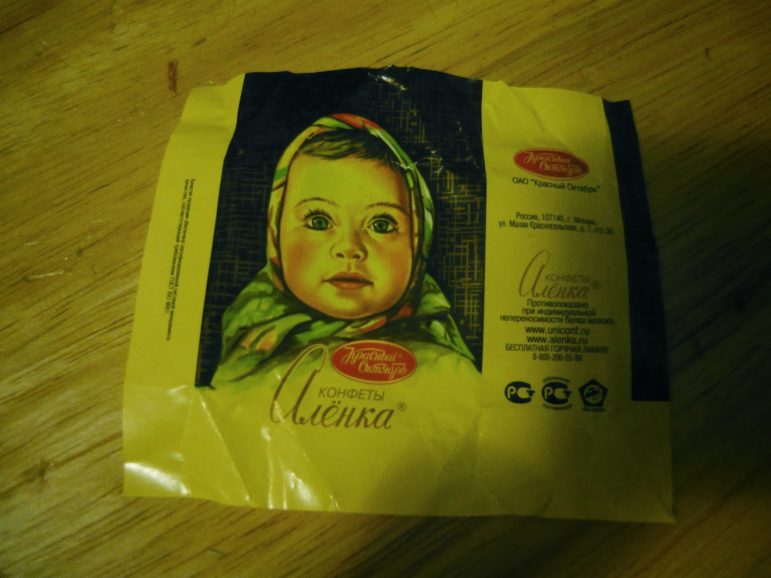 The wrapper of the Alenka candy. (Yelena Samofalova/YJI)

Buying loose candy by weight like this isn’t something I’ve seen much of in America, where kids typically buy candy bars or hard candy like Jolly Ranchers. The names of the candy are common knowledge to kids across the country as well, though.
On the 19th, my family also goes to a Russian Orthodox Church, although they usually get home before I wake up. For the rest of the day, though, I am scolded for swearing or yelling and told, “It’s a big holiday today.”
On December 25th, while most of my friends are feasting with their whole families, I usually just stay at home.
Our huge feast commences on New Year’s Eve, which is also when “Grandfather Frost” brings another host of Russian candies in a pretty box. Our whole family usually comes to our house, and we have Russian-Ukrainian foods such as mashed potatoes and salad with mayonnaise. 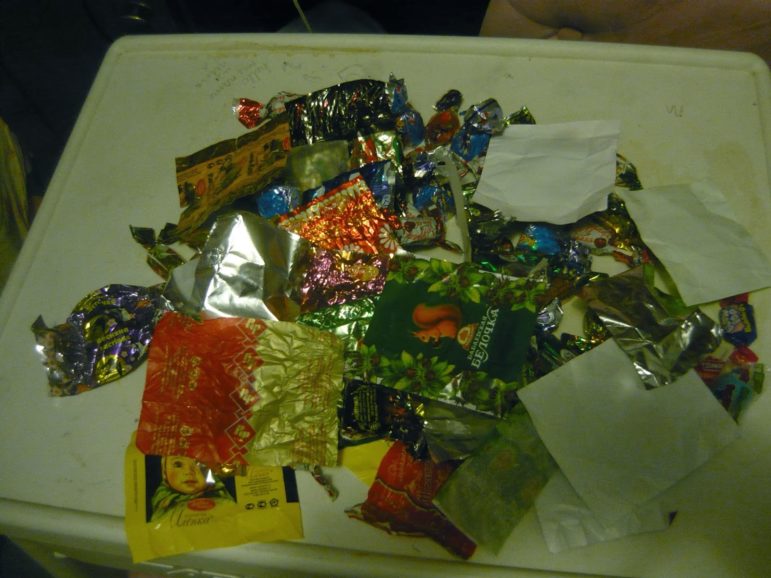 We watch a mix of the ball dropping in New York and Russian comedy acts and singers and ring in the New Year just like Americans, but better, because we also get presents!

The holiday season ends on January 7th with “Razhdestvo” or Christmas.
Since this is a religious holiday, Russian Orthodox Christians like my family and others celebrate it on this day.
It’s 13 days difference between the normal Gregorian calendar, which puts Christmas on Dec. 25, and the Russian Orthodox religious calendar, where Christmas falls on Jan. 7.
This is also a day when my family and other Eastern Europeans go to church.
Although my holiday season might have become a mesh of American and Russian-Ukrainian customs, I’m glad I know about the traditions in my native country. I’m also glad America is so diverse and I get to learn about holidays in other cultures.
Yelena Samofalova is a Senior Reporter for Youth Journalism International.