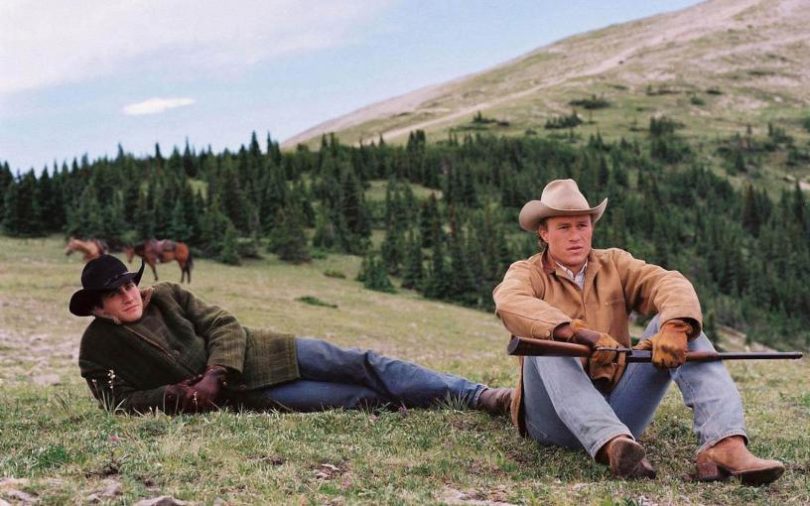 LA GRANGE, New York, U.S.A. — The film Brokeback Mountain is a triumph in filmmaking.
Adapted from Annie Proulx’s short story of the same name, this film is simple in its style, taking time to introduce the characters Ennis Del Mar (Heath Ledger) and Jack Twist (Jake Gyllenhall) as they both take on jobs as ranch hands on Brokeback Mountain during the summer of 1963.
The two ranch hands do what they are asked and say very little to each other as the summer wears on. With every passing day, however, the two grow closer as they accept the fact that they are alone on the mountain.
This relationship reaches its climax one cold night, when Ennis is forced to share a tent with Jack. The two become lovers that night — and create the heartbreaking conflict that fuels the film.
The movie itself is beautiful. Long shots of Brokeback Mountain during the enchanted summer give the mountain an almost mystical quality, a quality that the two cowboys long for the rest of their lives.
Both of the cowboys marry their respective wives and live their lives in fear of society and its views on homosexuality. The two men start families and establish normal lives, only meeting each other a few times a year to go on fishing trips and hunting in which no fish are caught and nothing is hunted.
This is a film that demands its actors dive headfirst into their characters, and Ledger and Gyllenhall succeed gracefully in creating two tough, strong, American cowboys who cannot deny the love they have for each other.
Michelle Williams also stands out as Ennis’ wife Alma. Alma knows of the attraction her husband has for Jack and confronts this truth in a harrowing scene that is taken straight from Proulx’s story and brought to life vividly through the direction of Ang Lee.
As a film, Brokeback Mountain starts rather slow and does not have an attention grabbing moment or scene in the beginning of the film, as most screenplays do. It forces the audience to accept the unfolding of the story. The film doesn’t try to bribe the audience into liking the film.
When the screenplay (which stayed surprisingly close to the short story) calls for Jack and Ennis to get physical, the two young, lead actors are full force, throwing themselves at each other, sometimes violently, with the unavoidable feelings these two brute characters have for each other.
Ledger gives his best performance to date, playing the mumbling, unsure Ennis, whose statement after his first sexual encounter with Jack — “you know I’m not a queer” — resonates throughout the whole movie.
While Gyllenhall’s Jack is accepting of his sexual appetite, and feeds it when Ennis is absent by taking on male prostitutes, Ennis is afraid of it. This fear was born from his past and is perfectly justifiable, as we see from a handful of supporting characters’ reactions to the two cowboys’ relationship.
The climax of the film is heart-wrenching and surprisingly poignant.
Through crisp editing and a solemn tone, we see how these two young men become
tragic lovers, despite their mutual, undying love for one another.
This film is important and authentic at the same time. While it does not try to promote any political gay stance, it tells a story of true love and romance that made this viewer question if two men can love the way Ennis and Jack do, why does much of society believe that a love like the one shown in the film is something disgusting, evil, and a menace?
Whether you look that deeply into the film or not, it is, at the core, a true romance that any viewer can enjoy and will be forced to appreciate as a work of art.

Dan Mecca is a Reporter from New York for Youth Journalism International.