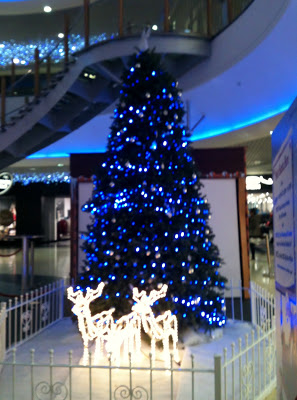 At Christmastime
efforts are put to the test when people try their best in making Enfield look
like a winter wonderland. Decorations are put outside houses, in shopping
malls, on the streets and inside houses.
A classic
Christmas decoration would be the Christmas tree. Before Christmas, people buy
Christmas trees to place in their homes. Decorations such as baubles, tinsel, lights and a golden star or angel are
put on the tree.
As in many
countries around the world, Santa Claus is recognized in England. On Christmas
Eve, children leave mince pies and milk for Santa Claus to have when he is
putting presents under the tree.
Santa Claus
isn’t the only one giving at Christmastime, though. Giving gifts to loved ones
or donations to charity is one way people celebrate Christmas.
But because of the economic crisis many families can’t spend a lot
on gift and other expenses of Christmas like dinner, parties, cards and decorations.
Many shops
reduce prices of their goods and do sales. The day after Christmas, called
Boxing Day, there are huge sales and reductions of more than 50 percent.
After Boxing
Day, Christmas is truly over in Enfield, but people look forward to
celebrations for the New Year.