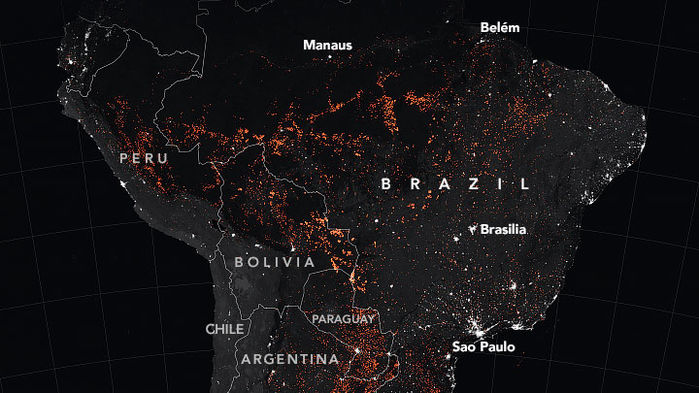 NASA Earth Observatory images of the fires burning in the Amazon during August 2019.

MIAMI – Human activity made the rainforest fire in Brazil worse, according to a specialist on the Amazon.

Oscar Valverde, an Amazon rainforest expert from the International Center for Tropical Botany at Florida International University, said there are social and ecological factors influencing the fire that is alarming many world leaders and citizens. 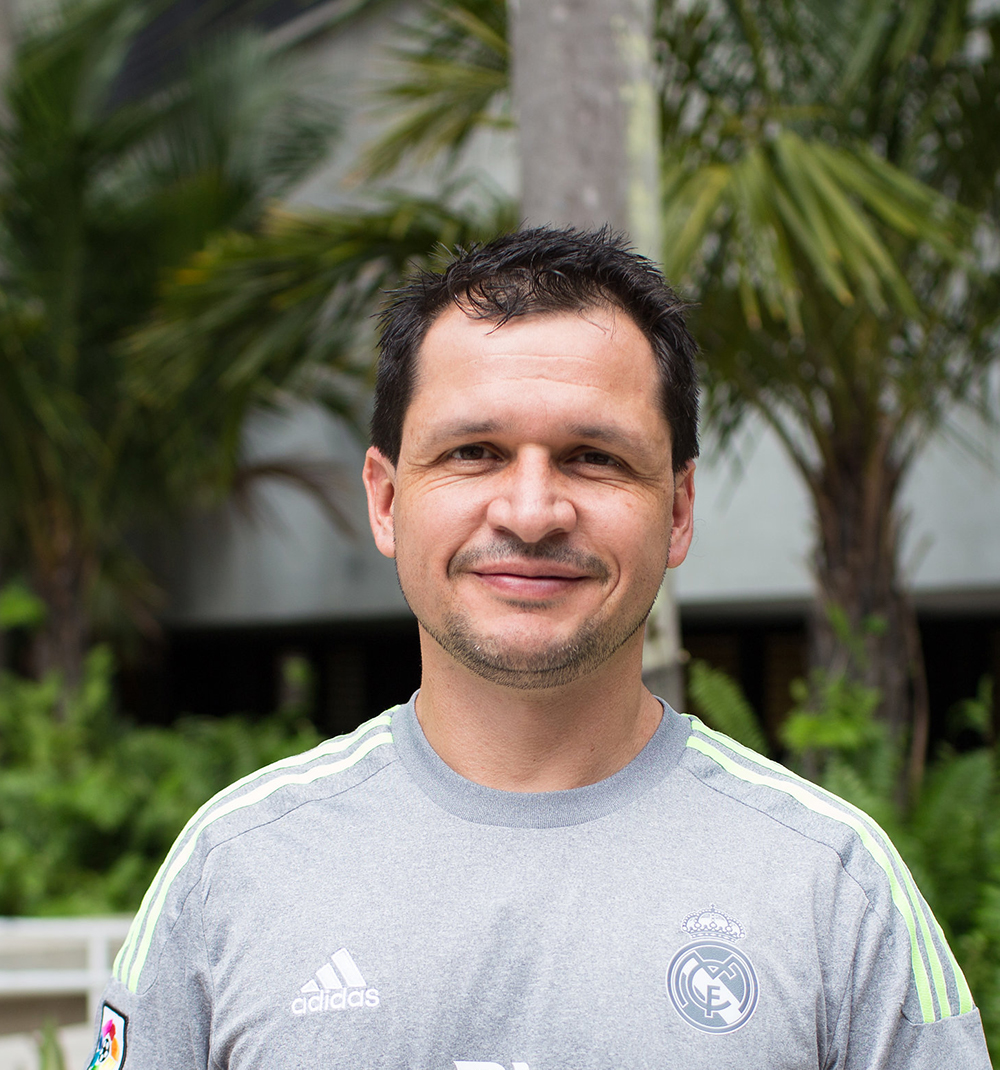 This was a dry season for the rainforest, Valverde said, but humans have put more stress on the trees due to “deforestation, fire, and mining pressure.”

He said the situation in Brazil involves both social and ecological factors.

Even politics plays a role, according to Valverde.

“The energized nationalist movement in Brazil, propelled by agribusiness and corporation interest, is encouraging ranchers and local business to be more bold about the occupation of land traditionally left as natural areas or Indigenous reserves,” said Valverde.

The Amazon rainforest, located in the north of Brazil, has been in flames for weeks, after the usual period of fires due to lack of rain in the region. It is still the dry season in Brazil.

Quoting Brazil space research agency INPE, Reuters reported this week that forest fires throughout Brazil have hit the highest level since at least 2013 and as of August 23, were up 84 percent over the same period last year.

The consequences of the Amazon fires are not only affecting Brazilians but the entire world. The rainforest is responsible for 20 percent of the Earth’s oxygen and plays a crucial role in fighting climate change, according to media website CNET, which is part of CBS.

Valverde, the Florida International University specialist, believes that the Amazon will be able to recover from the fire, however it will be facing future threats.

“There are modeling projections suggesting that most of the Amazon area could be driven to grassland by the end of the century because many tree species are already on their physiological limits,” Valverde said.

Stephanie Gonzalez, a political science student at Florida International University, said she wants “more governments to take this tragedy and re-consider their point of view on global warming.”

Gonzalez, a senior, said she became aware of the fires through social media. She said she wants to help but doesn’t know where to start.

Brazilian Ana Beatriz Gomes, who is a sophomore at Florida International University, said the best way to help is to spread the word.

It would also help if Brazilian President Jair Bolsonaro would accept the help from other countries that care about Brazil, Gomes said, because everything is chaotic lately.

At the G7 summit this month, French President Emmanuel Macron and German Chancellor Angela Merkel said the fires in the Amazon were an emergency, but Bolsonaro refused the 20 million offered by the G7 nations.

Bolsonaro’s son Eduardo Bolsonaro recently met with U.S. President Donald Trump in Washington, but it is yet unclear whether the U.S. will be contributing any funds toward fighting the fires.