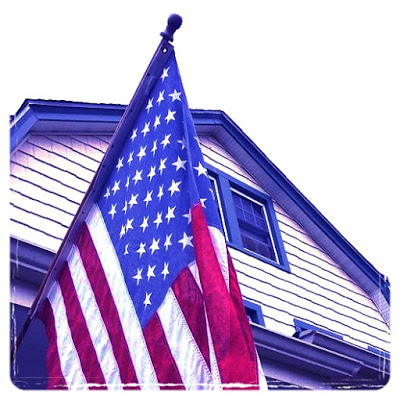 NEWINGTON, Connecticut, U.S.A. – My parents taught me from a very young age that whenever you hear the Pledge of Allegiance, you stand up, remove your cap, put your hand
over your heart and recite those sacred words. I don’t think some of my classmates got the same message.

When the Pledge of Allegiance comes on in home room every morning at Newington High School, half of the student body can be found doing other activities. Some are texting. Others
tweeting, snapchatting or laughing obnoxiously with a friend. I’m a fairly calm person, but this gets me emotional.
Maybe my parents raised me differently than my classmates were raised. That being said, it doesn’t make it right. I hear similar stories from friends from other schools.
I’m beginning to believe this lack of patriotism is beginning to become a widespread problem is schools, mainly being caused by today’s mindless social media society, where all that matters is what is the screen of the your phone.
We stand for the Pledge for noble reasons every day. It is a moment to think about all those who have served to protect our great country, something we don’t think about enough.  Not only is it a time for us to think about those who have paid the ultimate sacrifice, but it is also a time for self-reflection.
During the school year, I use it as 30 seconds every morning to think about the difference I can make in my community.
To understand why some students are uncomfortable standing for or saying the pledge, I talked to two Newington High School students.
“No one has ever told us the purpose behind standing for the pledge in school,” said Carly Saindon, a rising junior. “I also don’t like the phrase, ‘under God’ in the pledge. I think that goes against the separation of church and state.”
That’s just the thing. The pledge means something different to all citizens. That’s what makes it uniquely American. As far as the ‘under God’ verse, the United States was built on Judeo-Christian values, and a nation that forgets where it came from will fall. It’s an important reminder that hope and faith are necessary values to have.
Junior Justin Field said, “For me, I don’t agree with a lot of what the United States has done in the world, such as the wars in Iraq, Afghanistan and even going back to
Vietnam.”
My classmate makes a valid argument, but participating in the Pledge is not an endorsement of all U.S. foreign and domestic policy.
While I disagree with how the U.S. still gives money to countries who are sponsors of terrorism, or has appeased Iran when it comes to their nuclear weapons program, I am proud
to say the Pledge.
All it means is that I have the chance to change my country for the good. Also, Americans should still support their troops, no matter what the government decides. Soldiers don’t decide where to conduct military operations. We must support them no matter what, and that means reciting our Pledge.
I asked my good friend Sgt. Brian Ohler, a retired U.S. Army veteran who served in Afghanistan and Iraq, what the American flag and the Pledge of Allegiance mean to him.
“The American flag is the most beautiful thing I have ever seen, maybe excluding the bald eagle,” said Ohler. “I try to treat ‘her’ like a person. I’ve fought under it, and have had many buddies die fighting with me.”
Ohler added that he too, like me, grew up being taught to respect our flag and recite the Pledge every day. He thinks kids should be encouraged to say the Pledge every morning, as it teaches children respect for where they came from, which creates a unified nation.
I agree completely with Ohler, who earned four Purple Hearts medals for combat injuries. But whenever I make this argument to people, they usually reply that the flag is no better than any other piece of cloth.
But Ohler said, “I would remind people the flag is living history. It represents everything this country has gone through. It honors the dead as well as those who continue to serve.”
It’s clear that this issue does matter to veterans. I have this question to ask to those who do not stand for the Pledge: If there was a wounded veteran in the room with them, would they probably participate in the Pledge? I like to think that answer is yes.
Not standing for the Pledge is an individual’s constitutionally protected right, I concede that. But exercising a right doesn’t always make it acceptable. We used to fight for things in this country for moral reasons, and I’m calling on all students who care about their country to tell classmates what the flag and the pledge mean when they return to school in the fall.
If you don’t want to do it to make a stronger and more united America, do it to let a veteran know you care.
Max Turgeon is a Junior Reporter for Youth Journalism International
***
Your tax-deductible contribution helps students
supported by this non-profit organization. Thank you!
HelpYJI.org 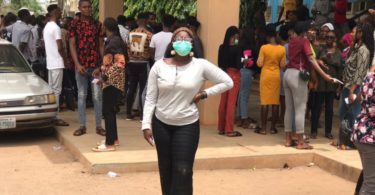