This should
be a reason for celebration, but it looks to be the Major League Baseball team’s
most pathetic exhibition yet.
Though you
may think exhibition a bit unusual word choice given that this is not a circus
but a baseball team. Yet the way the Astros played in 2011, you’d expect players
to be shot out of a cannon, one by one, during the seventh inning stretch,
liquidating an unfortunately crummy baseball team of its lackluster payroll and
making the team an even easier sale for former owner Drayton McLane.
The Astros
played depressed, their necks unable to hold up their heads so they could
glance out at the audience awestruck at how a top-tier league could hold a team
that managed to win barely 34 percent of its games.
If this team
played in England, it would be playing in the Football League Championship,
also known as the NPower League. “The NPower League?” you ask, barely
interested. “Sounds like a cheesy infomercial.”
Even to the
British, though, the Astros look worse. Even the team’s normally peppy
announcers and part-time comedians – set-up man Bill Brown and punch line
deliverer Jim Deshaies – couldn’t keep the jokes flying and the games fun. While
always great announcers, they could hardly feign hope this season.
Under the
ownership of Jim Crane, the Astros have managed to win over a few fans with plans
to allow food and drink to be brought into the exceptionally beautiful Minute
Maid Park and by avoiding, thank God, a name change.
Still, it’s
easy to imagine Crane asking an audience, “Who’s ready to ROCK?” and
finding a cluster of people meekly stare at their shoes, wondering how they got
coaxed into coming to see a balding middle aged man get down on his knees and
beg for fans to keep coming.
Granted, there
were a few brightish spots for the Astros.
J.D. Martinez
looked like a promising rookie, joining the Astros late in season and bringing
with him an unusually powerful bat. Jose Altuve, coming aboard at the same
time, looked equally good, managing to squeak out an inside the park home run
and make, for once, Astros fans jump up to their feet with glee. The best part
of all is that Brian Bogusevic’s grand slam, bottom of the ninth,
come-back-to-win-it home run got nominated for…   A GIBBY Award. Gee, I’d feel more proud if
these actually got more exposure.

While the
Astros are not expected to shine in the regular season, spring training this
year hasn’t been so bad after all for them. They won four of their first six
games – and racked up a lot of runs in two of those wins. However, they also
got clobbered by the Braes and Nationals.
So Astros
fans may be forced to wait and see how their team will do this 2012 season.
However, one
new team is coming to the Greater Houston area that could play even worse than
the Astros – yes, really, it is possible. Stop staring at the computer monitor
in disbelief.
While the
Atlantic League’s new team, the Sugar Land Skeeters (Sugar Land is outside of
Houston), looks to bring independent baseball a good expansion team for once,
history repeats itself, getting more annoying each time. Simply put, expansion
teams are consistently terrible their first few years. Nothing will change
that, no extenuating factor will disapprove, no outlier will be seen.
The Astros,
despite their pathetic previous season, have great things ahead of them. Even
if, as the Pittsburgh Pirates showed, it takes 40 or so years for something to
happen, it will.
While the
Astros wait for the chance to play well enough to win even half their games, there
will be some comfort in knowing that for at least a year or so, there will be
always one team worse: the Skeeters. 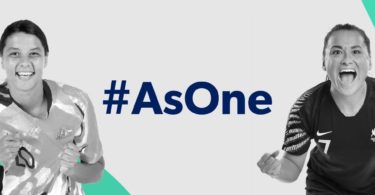 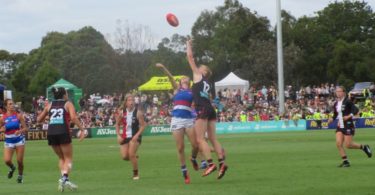