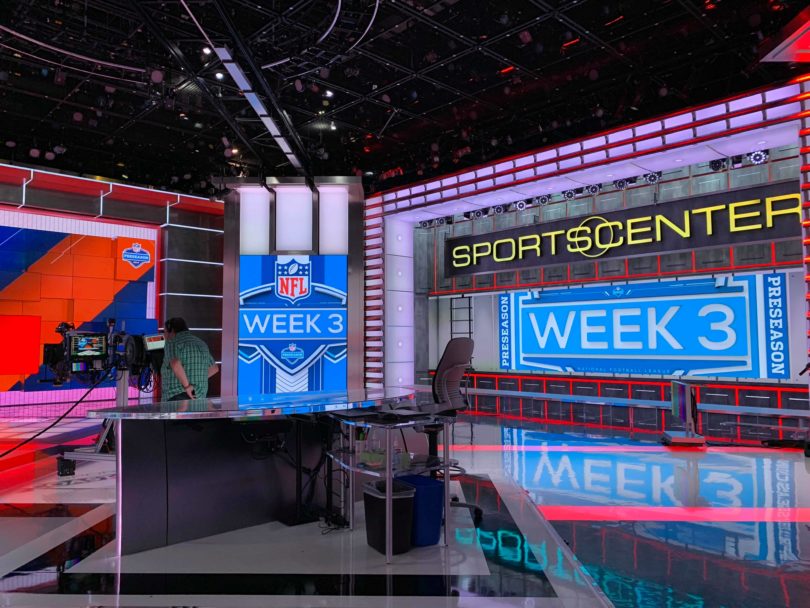 A rare quiet moment inside the SportsCenter studio. (Owen Ferguson/YJI)

Bristol, Connecticut, U.S.A. – One of the largest sports media companies in the world – ESPN –  locates its headquarters not in the bustling streets of New York City or the famed promenades of Hollywood, but in the quiet town of Bristol, Connecticut. And while the exterior surroundings of their headquarters are slow and sleepy, the interior workings of this sports-centric company promotes the polar opposite.

From the get-go, it’s easy to tell that the company likes to keep their employees on their feet and not let them settle into complacency. The security guard who drives a group of reporters into the heart of the ESPN campus casually mentions that while he may be doing driver duty today, tomorrow he will be doing something different, like patrolling or working behind a desk. 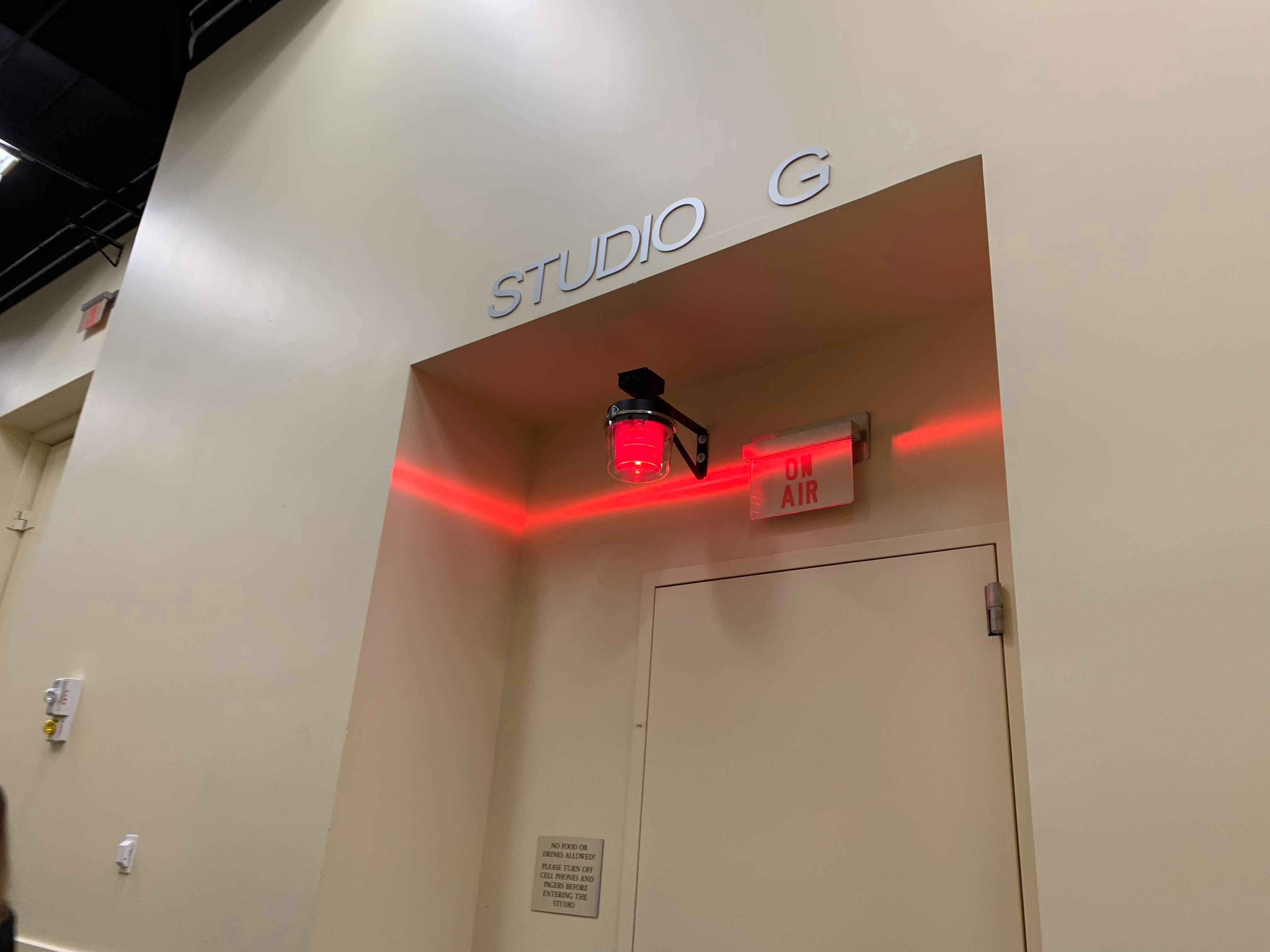 A red warning light signals that this studio is on the air. (Owen Ferguson/YJI)

Indeed, this rotation structure seems to be a pattern throughout the company, with department leads swapping daily and the pace remaining fast. This is to be expected from a news company of course, but from the moment of our arrival, ESPN is on high alert. That day, they were in the process of launching a new network: ACCN.

The launching of the Atlantic Coast Conference Network  (ACCN) in August was an exciting move for the sports media company and they’ve made sure that everyone is aware of it.

Branded trucks, dancing mascots and the planned roadblocking of every other ESPN channel were scheduled to welcome the new channel with glitz and glamour. Cheerleaders and flag waving fans repeat the same scene in the sweltering heat, cheering and clapping for the on-air hosts while cameras collected footage designed to rile sports fans across the country into a similarly excited stupor. 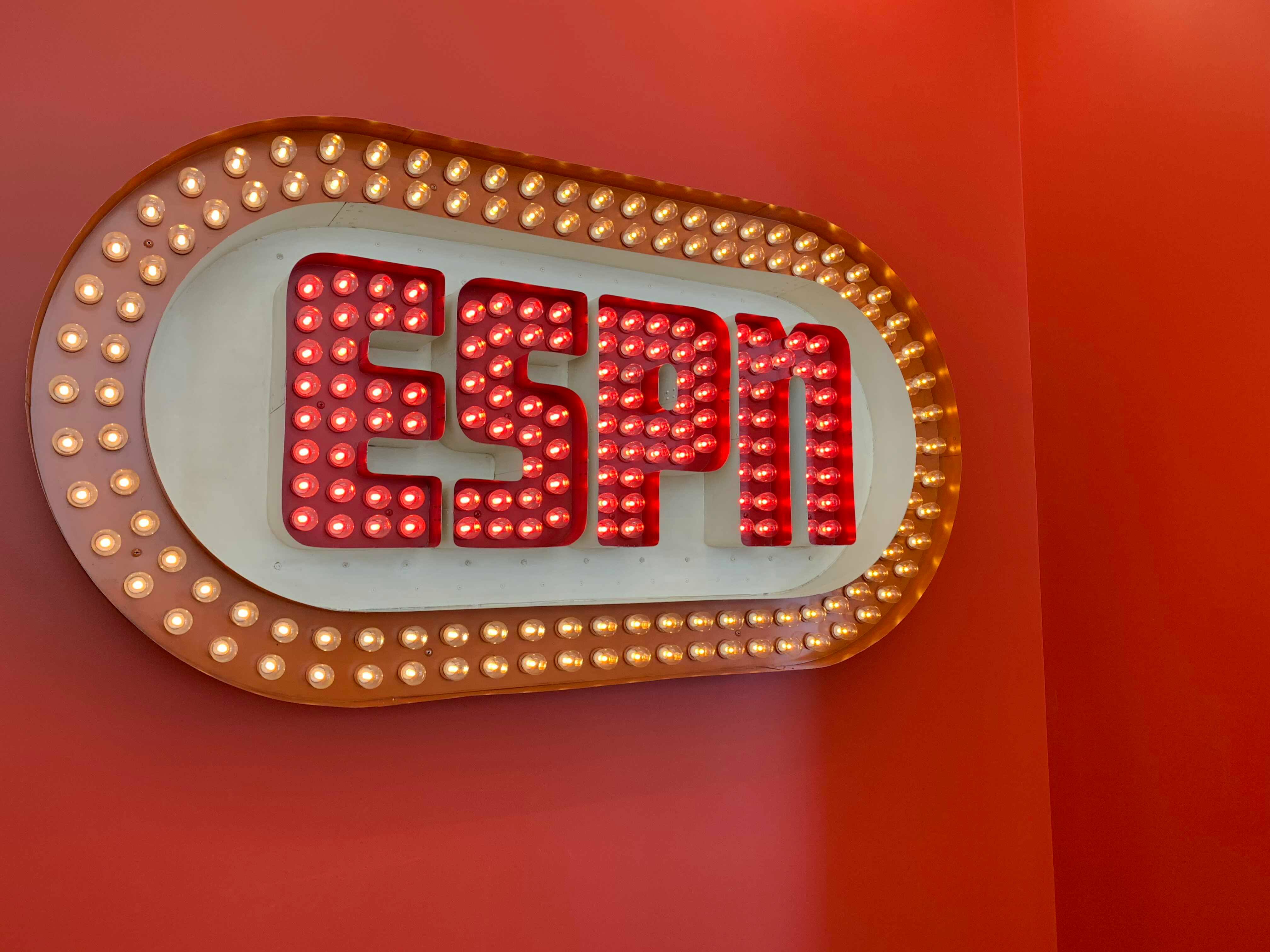 An early ESPN logo in lights is preserved at the company’s headquarters in Bristol, Connecticut. (Owen Ferguson/YJI)

This isn’t achieved easily though, and the inner workings of ESPN reveal a constant effort to stay afloat in the unforgiving tide of live news.

Editors in the newsroom demonstrated how they use iPads and a box smaller than a suitcase to broadcast out-of-studio footage nowadays, replacing the satellite trucks of old. They spoke excitedly of breaking news moments happening in their office and the frantic efforts to report on them as quickly as possible.

The social media department utilizes everything they possibly can to engage every demographic of fans, from Facebook to TikTok. They work to decide which pieces of news are important enough to report on the ESPN media pages and which pieces belong on the social media of the subdivisions. Although the work seems long and stressful, they clearly love their jobs. And it is no wonder why.

ESPN’s Bristol headquarters boasts a giant campus of glass and shining structures. The insides are filled with displays, motivational quotes and pictures of famous sporting legends seemingly all just for the employees. One hallway even includes posters of every collegiate football team with built in anthems for each team that play at the push of the button. 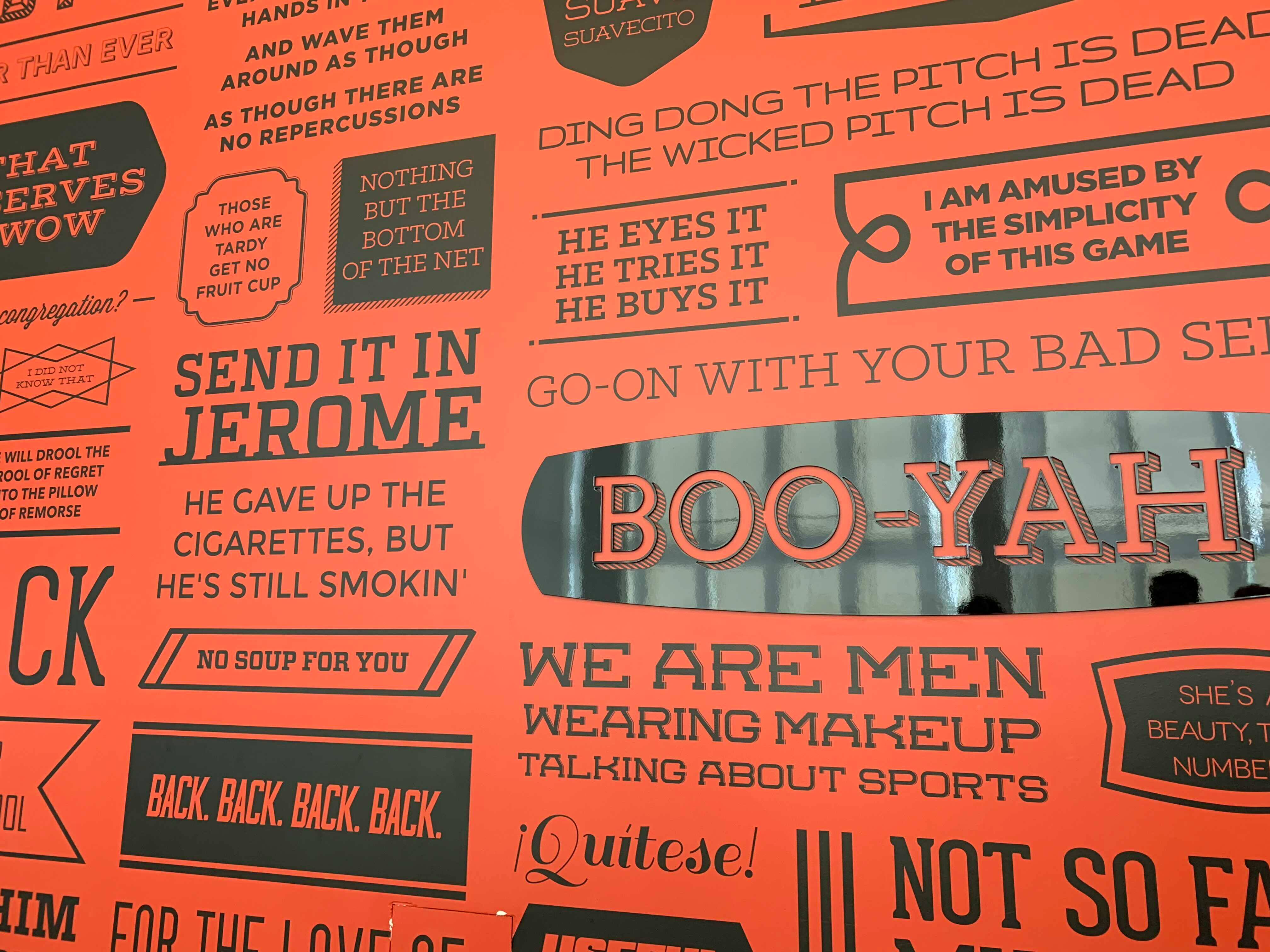 Starbucks, frequent recycling stations and a contemporary cafeteria with roof seating all show how ESPN makes an effort to make the employees feel like they are working somewhere comfortable and in the present.

But it is not a utopia for everyone.

We hear that the highlight production floor is where the lazy and untalented are weeded out and that many employees will never move further up the ladder. Newcomers must be ready to clock in endless hours and provide unrelenting focus to even entertain the idea of reaching higher ground.

ESPN runs a well-oiled machine and provides a great platform for those prepared for the job. Employees work hard and play hard to ensure they bring their best and ensure that the United States receives premium sporting entertainment – anytime, anywhere. An empty ESPN football studio is gleaming and ready for action. (Owen Ferguson/YJI)