EDINBURGH, United Kingdom – After enjoying the latest installments from the Marvel Universe – last year’s Captain America: The Winter Soldier and 2012’s The Avengers – I didn’t think it would get any better, but it did.
Avengers: Age of Ultron, filled with all the usual characters, is an uplifting film that reinstates the desire to be a superhero.

I must give credit to the crew behind the cameras. Every scene had brilliant effects that kept me gripped to my seat.
Usually, I find films with lots of special effects too over the top and unbelievable but in this one, the filmmakers pulled it off, leaving the audience feeling as though they were right in the middle of the action. 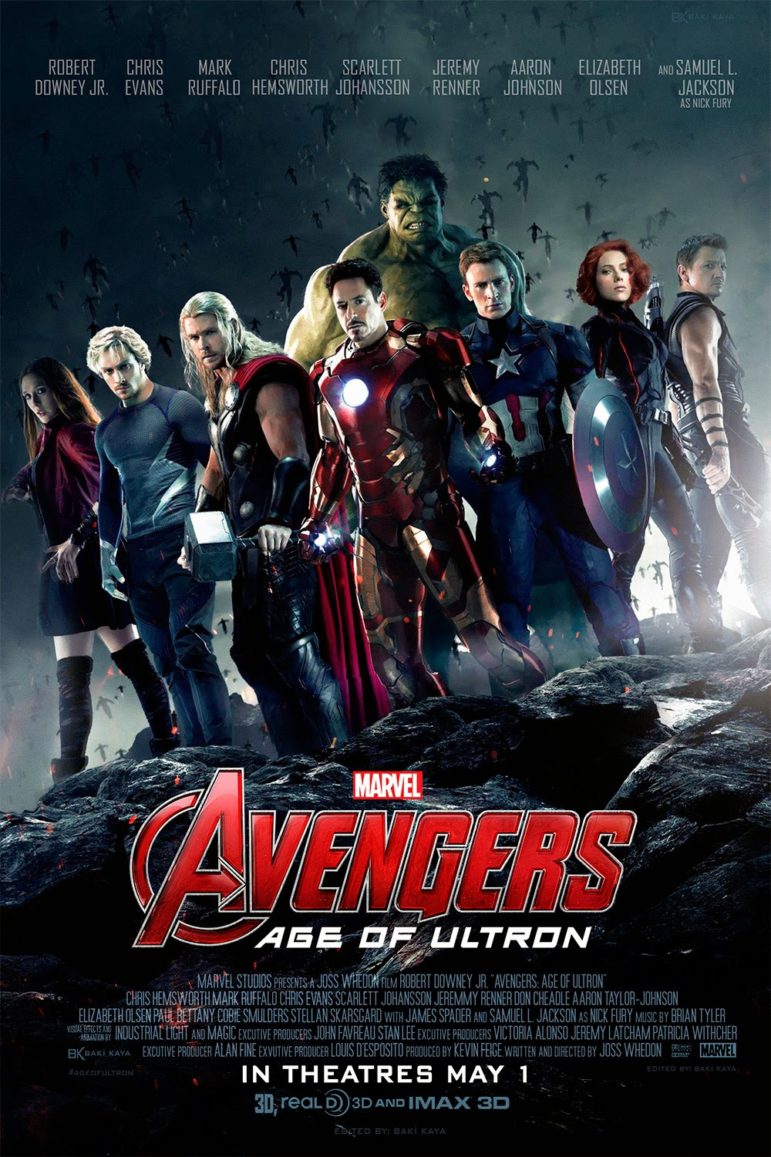 I really enjoyed the slowed freeze frames every so often to break down the fast action when it was all a bit too quick. These slow motion shots allowed the audience to breathe and appreciate how the avengers were a team, and not just supernatural individuals.
The music, produced by Brian Tyler – who also produced music for Thor: The Dark World and Iron Man 3 – and Danny Elfman, was also outstanding throughout the movie and gave it a faster pace. The orchestrated pieces really gave the feeling that you were watching superior beings.
Marvel really does cast their characters very well. The originals such as Robert Downey Jr, who played Iron Man, Scarlett Johansson, who played the Black Widow and Chris Hemsworth, who played Thor, gave great performances as always.
More importantly, Marvel gave larger parts this time to Mark Ruffalo, who played Hulk, Jeremy Renner, who played Hawkeye and Chris Evans, who played Captain America, providing the audience with a lot more chances to bond with these characters.
The new editions, Elizabeth Olsen, who plays Scarlet Witch, Aaron Taylor-Johnson, who plays Quicksilver, Paul Bettany, who plays Vision and Anthony Mackie, who plays The Falcon, proved fantastic companions to the Avengers.  I can’t wait to see them make more appearances in upcoming Marvel films.
New villain James Spader as Ultron gave an unusual approach to being evil by showing a sassy side, but I liked it. Instead of being completely destructive from start to finish, the character added comedy to each scene, which was nice to see from a villain.
Overall, director Joss Whedon has done it again. He made an incredibly enjoyable film with a cast and crew that delivered a magnificent balance of both action and comedy. It’s definitely worth a watch.
The Avengers: Age of Ultron is already in cinemas in the UK and will be released in America on Friday, May 1.
Felicity Rodger is a Junior Reporter in Scotland for Youth Journalism International.
***
Your tax-deductible contribution can help support this nonprofit at
www.HelpYJI.org