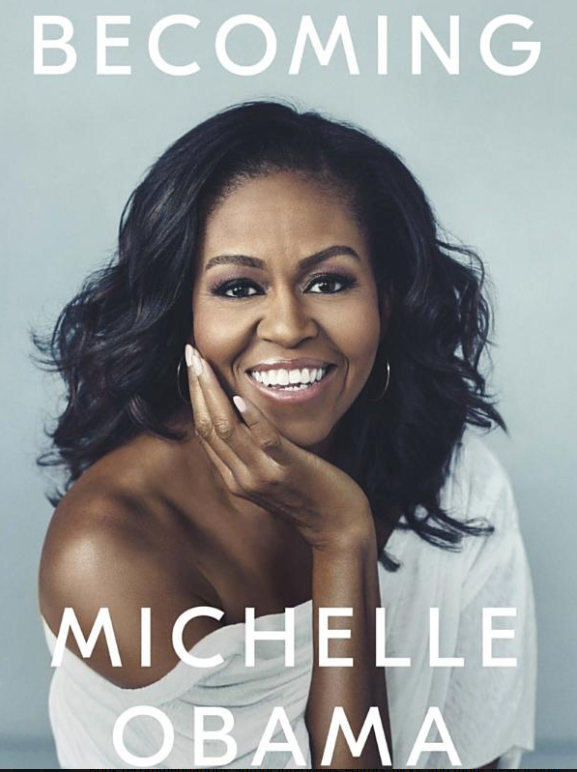 The cover of 'Becoming.'

Alexandria, Virginia, U.S.A. – Michelle Obama’s 2018 book, Becoming, starts by describing her childhood in Chicago. Growing up on the South Side with her brother Craig, mother Marian, and father Fraser, she learns the value of education through her parent’s sacrifice of their lives to fund hers.

The future First Lady of the United States grows older and learns about racism. For example, in the 1980s she noticed the white middle class leaving and the neighborhood deteriorating, also known as “white flight.”

In high school, she tries to find a college and profession without knowing her life’s purpose.

Similar to her, many students are also figuring out their life paths, Including me.

She chooses to attend Princeton – her brother’s alma mater – and later became a lawyer.

In college, we observe a new side of Michelle. Unlike her previous extroverted personality, she now tends to be shy, sticking with other students of color at Princeton.

But Michelle still had friends, one being Suzanne Alele, a Jamaican student who was carefree and spontaneous. showing Michelle that life can be fun as well.

In class, Michelle goes above and beyond to excel, which is relatable because when attending an Ivy League you might be the only minority student in the class, so you have to work twice as hard to stand out.

She graduates from Princeton and goes on to Harvard Law School.

As a new lawyer, she lands herself at the Sidley Austin law firm in Chicago, her hometown.

I loved this part because when I see a full-circle moment in any literature, I feel more connected to the story.

As a lawyer, Michelle earned good pay, so by then, she could afford luxuries.

One day, she gets her first mentee from her firm’s summer internship program – Barack Obama, an upcoming 28-year-old law student from Harvard.

They start going out as business friends to bars and restaurants, kicking off their romantic life.

Michelle now starts wondering what Barack does during his off time. They go to an ice cream shop and kiss, igniting their relationship.

After this, Michelle and Barack start meaningful nonprofit jobs helping minorities in the city of Chicago.

As time passes, they have two daughters, Malia and Sasha Obama.

This puts stress on the family because Obama’s job pushes him away from spending time with his family, and Michelle wants to be an independent woman but a good mom.

Barack ran for the U.S. Senate to represent Illinois and succeeded.

A few years later, people around him were asking about the run for the presidency. He and Michelle agreed to run, even though she was hesitant at first.