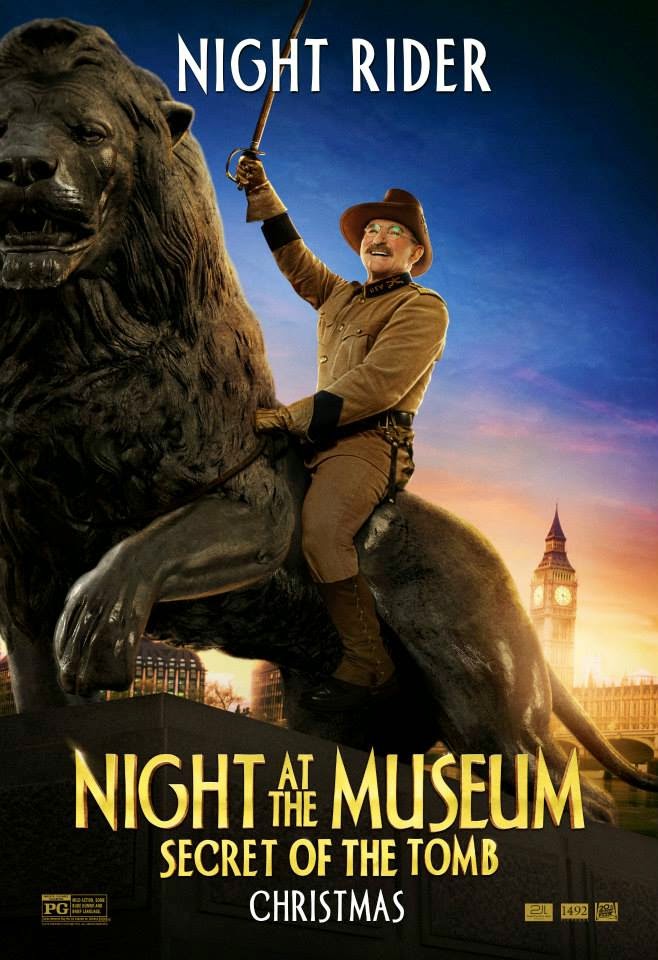 BRISBANE, Australia – Watching Night at the Museum: Secret of the Tomb was like a dagger to my heart – metaphorically, of course.
It wasn’t that it was a bad film or anything like that. No, it was that the film showcased the last performances – at least that have been released – of two incredibly talented actors, Robin Williams and Mickey Rooney.

Night at the Museum: Secret of the Tomb is the third installment to the franchise that follows Larry Daley, played by Ben Stiller, and his magical and historic adventures.

In Secret of the Tomb, Larry must travel to London’s British Museum to visit the one person who can fix the magical tablet that allows the museum exhibitions to come to life.
Our favorites from the previous films – Theodore Roosevelt, Jedediah, Attila the Hun, and Dexter – as well as a few new faces like Sir Lancelot, Laaa, and Tilly, come together to make a film that lives up to the success of its predecessors.

I’ve always loved how the Night at the Museum franchise takes famous characters from history and challenges the perception that people have of them.
In the first film, there is a skeleton dinosaur acting like a puppy and fetching one of his own bones, as well as Attila the Hun weeping over his issues with his father.
Secret of the Tomb, however, focuses more on how the characters of the British Museum deal with coming to life for the first time.
Although the film is hilarious most of the time and Rebel Wilson, playing Tilly, kills it as usual, there was a huge blanket of sadness hanging over the film, especially towards the end.
With both Williams and Rooney reprising their much loved characters – Teddy Roosevelt and Gus – it was a bittersweet reminder of the not only the rumor that Night at the Museum was coming to an end, but that even if it were to continue, we would never see these characters in the storyline again.
Even though the plot line has recycled similar elements from the previous two films, I honestly can’t say anything bad about the movie.
Night at the Museum: Secret of the Tomb is a beautiful family film that not only brings history to life but also reminds us that nothing – whether it’s good or bad – is supposed to last forever.
Tasman Anderson is a Senior Reporter from Australia for Youth Journalism International.
***
Your tax-deductible contribution can help support this nonprofit at
www.HelpYJI.org