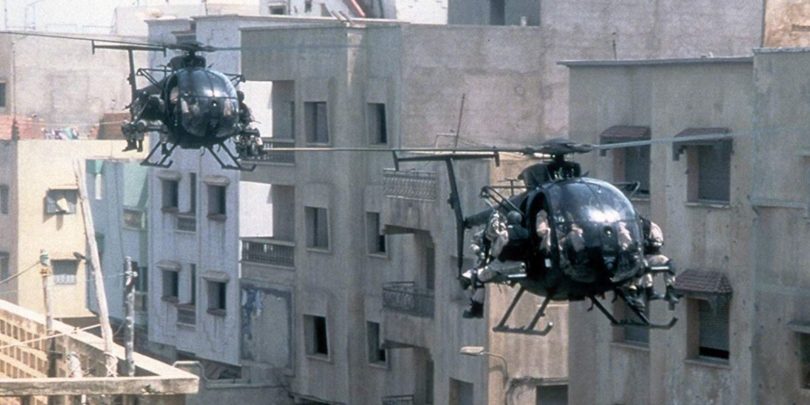 SINGAPORE — No matter how misguided his intention, director Ridley Scott (Hannibal, Gladiator) has always had an eye for astounding visuals.
Black Hawk Down pummels your senses and punches your gut by restaging a battle so savage and brutal it is almost poetic.
Despite his attempts to present an unflinching blow-by-blow account of the botched 1993 U.S. mission in Mogadishu, Somalia, all Scott’s new war movie achieves is some pretty spectacular images — and little else. 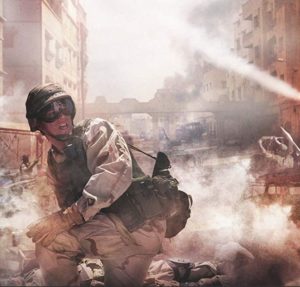 Unless endless scenes of blown-off limbs and exposed entrails do it for you, this movie is as pointless and noisy as it gets. Fingers explode, limbs fly, torsos get blown away.
Based on a non-fiction bestseller by journalist Mark Bowden, Black Hawk Down chronicles the events of Oct, 3 1993 when a group of elite U.S . soldiers — part of a United Nations peacekeeping force in war-torn Somalia — is tasked with capturing several aides of warlord Mohammed Farrah Aidid.
The mission goes horribly wrong and what’s supposed to have been a 90-minute raid becomes a hellishly violent 17-hour battle between the commandos and thousands of Somali militiamen.
Marked with lines like: “Nobody asks to be a hero; it just sometimes turns out this way,” Black Hawk Down aims to tell of the nightmare that elite American troops found themselves in after two Black Hawk helicopters crashed in the Somalia capital during the mission.
Why the angry retaliation, we never know. All we know of the “skinnies” (that’s emaciated Somalis in army-speak) are that they’re heavily armed, often appear in dangerous hordes and negotiate by killing.

Not that we know much about the characters from the other side either.
Most of them are fleeting caricatures. You never know them enough to actually recognize them when they appear on screen. With faces smudged with sweat and grime, the characters are almost indistinguishable.
Try playing ‘where’s Ewan McGregor?’ and you’ll get what I mean.
Seriously, I could only spot him while making or talking coffee.
Josh Hartnett, the much-hyped star of the show, is still a B-list actor despite his forays into Pearl Harbor and O.
So we know next to nothing about the battle that was being fought, barely nothing about the men from either side, and absolutely no reason why Scott undertook this project unless to transport audiences directly into the hellscape.
As one character sagely puts it: “Once that first bullet goes past your head, politics and all that shit just goes out the window.”
However, at the end of the 144 minutes, the only thing you learn about one of the U.S. Army’s most bitter engagements is that 18 Americans and thousands of Somalis died in a battle this film doesn’t bother to explain.
Get the DVD of Spielberg’s Saving Private Ryan instead.