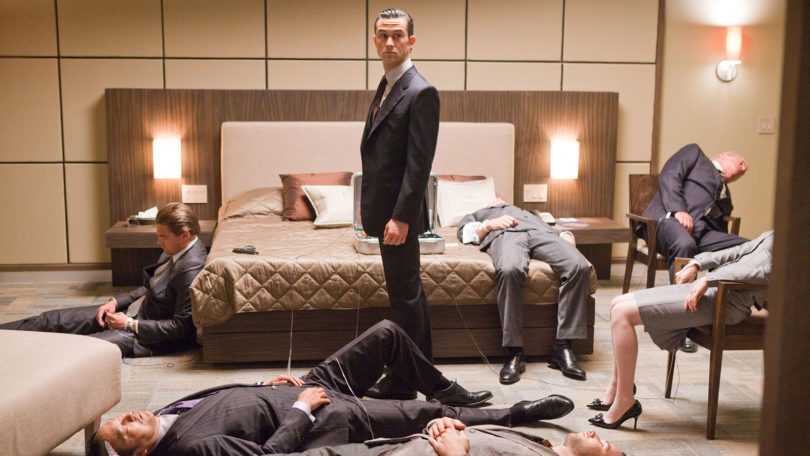 PORTLAND, Oregon, U.S.A. — In a summer that looked like it just might be the bane of all that is good in film, Inception proves that you can be both original and a blockbuster at the same time.

It should come as no surprise, given that Inception comes from the mind of the one and only Christopher Nolan, the man behind the best comic book adaptation of our time, The Dark Knight.

Nolan is also responsible for the equally captivating films Prestige and Memento.

So I knew Inception would be worth the $10 it would take to see it.

Granted, I didn’t spend a dime to watch it ($10 for a film? My wallet feels violated!) since I have a close friend who works at the theater, but if there were to be one movie that I would pay to see this summer, Inception would be top of the list with a bullet.

For anyone who has no idea of what the film is about, or maybe does, but has had a little hard of a time grasping the concept, just know this: Inception is so well written that even if you miss a few points, you should be able to understand the movie when it finishes, and if you don’t, well, be prepared for a fun ride, anyway.

Where Inception really wins is its ability to still be amazing as a popcorn flick even if you got lost on your way to the soda refill.

The film focuses on Cobb, an extractor, a kind of corporate spy of the mind, who has found himself exiled from America, with no way to get back to his children.

Accused of his wife’s murder, Cobb takes job after job, trying to find a way to clear his charges, and make it home.

Inception is his way to get back home, a risky business that many say cannot be done: the opposite of extraction.

As an extractor, Cobb steals from the minds of the wealthy and sells the secrets to rival corporations. On the flip side, ‘inception’ means planting an idea in the mind.

Confused? Don’t worry, Nolan has toiled over this script for a good 10 years, and it shows. The world is well realized and almost explains itself.

Viewers should find themselves moving along at a swift pace without too many hitches.

The pacing is perfect, something that is hard to find in a movie nearly three hours long, and the cast is quite a thrill.

Joseph Gordon Levitt (an undervalued actor) plays a great supporting role. So, too, does Tom Hardy.

Props to Hardy, while we are on the subject, for it was not until I Googled him after the film that I realized he was the star of the gritty British flick Bronson, which I had seen, and loved, just a few months ago. Apparently Hardy has a very unique talent for falling into a role, something I deeply admire, and realized when I, embarrassingly, didn’t recognize him through the first viewing of Inception.

Ken Watanabe is fun as well, as the employer of the group of dream thieves turned tag-along dream thief himself.

He holds the key to Cobb’s admittance to America and plays the character with a dignity that he carries through all his roles.

Leonardo DiCaprio is, as always, good. Yet he was actually my one disappointment in the film.

The character was perfect for him – the tortured young soul that Cobb is – but that was my main complaint. It was nothing new.

DiCaprio’s character in The Departed, along with the more recent Shutter Island, felt like peas from the same pod.

While DiCaprio still plays it brilliantly, I am ready for him to move on and give us something fresh. Lord knows, he has the acting chops for it.

That aside, he was brilliant, as were the others, and the film was so well written, paced and shot that it is difficult to say anything negative.

Extra kudos to Nolan for not selling out, and making a actual film, without having to fall back on 3D to up his ticket prices.

In short, Inception is an amazing film, with a terrific cast and story.

If you haven’t seen it yet, well, I’m amazed, frankly. Route your way to your local theater at once. It’s worth it – even if you have to pay to get in.

Talon Bronson is a Junior Reporter for Youth Journalism International.