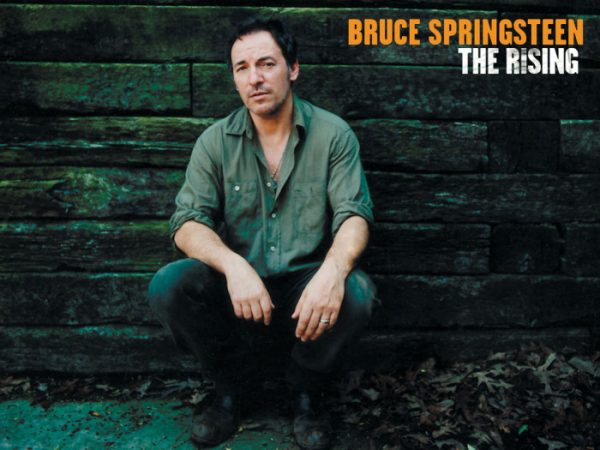 My college roommates looked forward to seeing Nelly perform at the Video Music Awards on MTV, but I was content with Springsteen opening the show and setting the tone.

Half an hour after Springsteen’s new album, The Rising, went on sale at midnight on July 30, I bought it in Asbury Park , N.J.

Little did I know then that almost two months later, the CD would help me through one of the toughest days I have ever had to face.

Before I got The Rising, I had heard it was about September 11.

Yet I had no idea that the album was so personal.

I listened non-stop to The Rising after I got it — and even snuck into one of Springsteen’s rehearsals — but the significance of the disk had not yet hit me.

I listened and listened, though, getting excited about such strong songs as Mary’s Place and Lonesome Day.

As I left for college the album helped because I was away from my family and friends and the one thing I could still do to make myself feel at home was listen to The Rising.

Don’t get me wrong, I have many other Springsteen albums, but this one was special to me. It was from my time, not my father’s.

My father was one of the people who got me into Springsteen. He took me to my first concert in 1999 and supported my stupid ideas, such as sleeping in Asbury Park for The Rising’s release.

As I continued to listen to the album, it hit me.

On September 10, I was watching a Springsteen television special with Ted Koppel and I realized that the next day would mark the one year anniversary of the Sept. 11 terror attacks.

That got to me.

September 11 was a rough day for everyone, but what I saw on that day will never leave me.

I walked outside the door of my school and watched the flames from the World Trade Center with my own eyes from just two miles away.

It was a terrible sight.

And on top of that, I knew my father worked only two blocks away from the Twin Towers .

Everything turned out OK with my family.

But it was not the same anymore, something was missing.

That feeling stayed with me until I started to put The Rising and September 11 together.

Whenever I felt like a good cry, I would sit at my computer, put on my headphones and listen to it.

If I cried, I cried.

That hole that I felt was filled with the music.

All the songs did the same job. They made me feel better about what happened. Everything Springsteen says in The Rising’s songs is taken almost from the mouths of people who experienced it.

Listening to them, I felt reassured by the voice of a man whom I’ve never met, but whom I idolized and looked up to.

The Rising made me feel safe and in control.

Joe Battista is a Reporter for Youth Journalism International.