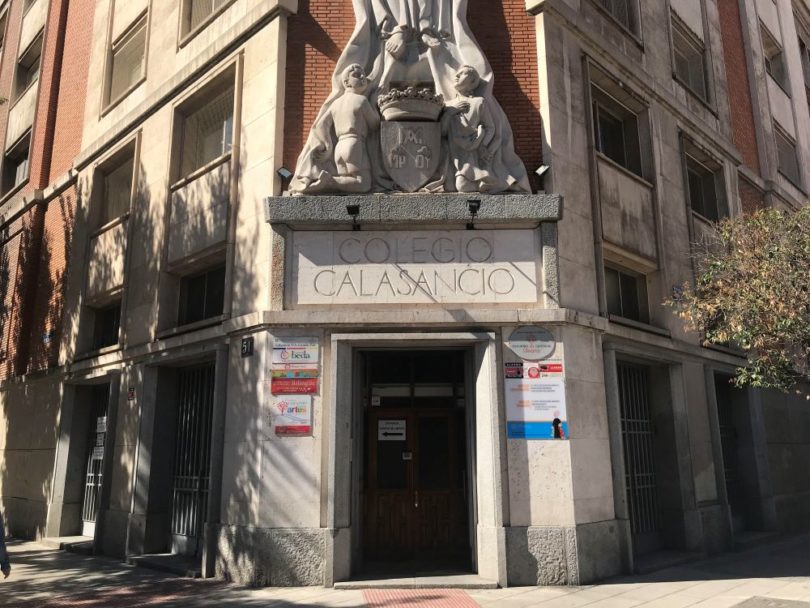 MADRID – There are about two weeks to go until school starts up again in Madrid, but there is still no verdict about whether or not schools will be reopening in person after their initial shutdown in March due to the covid-19 pandemic.

The Popular Party-run government, which is in charge of the education system for the region, recently said they are still going over the four possible scenarios that they laid out in June, face-to-face lessons, two types of hybrid systems and complete distance learning.

This was not enough for the political opposition and the teachers’ unions, who like much of Madrid’s population, have been questioning and criticizing the government for its delayed decision.

Anger is rising in teacher and parent communities, who are not able to know how their lives will look like later in September.

Maria Carmen Morilla, a member of the FAPA Francisco Giner de los Rios, a parents association that extends over all of Madrid, made a recorded statement on the organization’s website that showed her frustration.

“We have the feeling that they are taking us for a ride, that this is not being dealt with seriously nor with rigor,” Morilla said.

About 1.2 million school-aged kids have been preparing their bags without even knowing if they will be allowed to attend school.

“They are playing with our health and education,” Morilla said. “The sense of chaos is tremendous.”

Opposition groups claim that the regional governments are simply blaming the central government for everything, and are failing to come up with a plan.

Because of this, the teacher’s union has not ruled out calling a general strike for the entire teaching sector.

The crisis has taken a larger toll on working single parents, too, who aren’t sure how they can keep a job and also educate their children.

And worry over spreading the virus to the elderly population means some parents who used to rely on help from their child’s grandparents are now afraid of putting them at risk.

Initial uncertainty has turned to anger. Many parents prefer that kids go back, but only in the right conditions and if there is reduced risk of infection.

“Kids can’t learn the same things at home,” said Camilo Gené, the president of the parent organization FAPA in a written statement posted on its website.  “Some things require school, and school helps eliminate the inequality of opportunities.”

Although worries and preoccupations are valid, it must also be taken into account that coronavirus cases have surged in Spain over the last couple of weeks, with Madrid being declared “the city with the most outbreaks” by the Spanish Ministry of Health.

Consequently, parents are starting to shy away from the original idea to resume totally face-to-face instruction. Some are starting to get scared for their children’s safety and with less than two weeks left to go until reopening, they still have no information.

Sara Serrano is a Junior Reporter with Youth Journalism International.

Sara Serrano is a Junior Reporter with Youth Journalism International from Madrid, Spain.