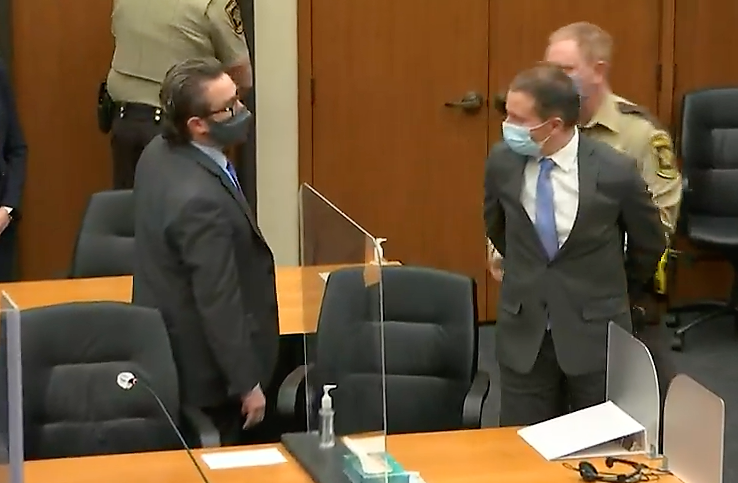 Piqua, Ohio, U.S.A. – On May 25 last year, police murdered a Black man on the street in Minneapolis, Minnesota.

For the crime of allegedly possessing a counterfeit $20 bill, George Floyd was handcuffed, forced to the ground, and suffocated.

Nine minutes and forty-six seconds was the time it took to murder him, a knee on his neck as he begged for mercy and pleaded to his mother, struggling until his heart stopped.

In an instant his life was extinguished, and he became yet another Black body grinded by the system´s hideous machinery.

I never met George Floyd – and most likely never would have – yet I knew him.

He was my father, my brother, and a reflection of myself. Above all, he was a Black man in America. He no doubt understood that from the moment he was born, his life would be spent under occupation.

He was a citizen in a society which has for centuries shown nothing but contempt for his existence, and that of others like him. He was someone expected to love the ideals of a nation which has never upheld them, to salute the flag of a country whose government viewed him as a statistic and nothing more.

This constant, oppressive weight which crushes every Black American´s back – and the compounding horrors that make up what James Baldwin called the ¨racial nightmare” – are best summed up in Floyd´s last words: ¨I can’t breathe.”

Derek Chauvin – George Floyd´s killer – seemed to me a living manifestation of that nightmare. The image of his knee on Floyd´s neck – a blank, pitiless expression on his face – haunts me to this day.

Uncaring even as the outraged group of onlookers grew larger, Chauvin snuffed out Floyd´s life without a moment’s hesitation, as if he had done it a thousand times before.

His was the face of American apartheid. Many have claimed Chauvin is nothing more than a ¨bad apple” – someone who slipped through the cracks of an otherwise stable institution.

Yet rather than being a distorted parody of American law enforcement, he is a product of the police culture which took the lives of Freddie Gray, Breonna Taylor, Eric Garner, and thousands of others whose names will never be known.

As his manifold crimes were laid out before the world – and later in front of a jury as his trial began – doubts about his fate remained.

Judges, juries, and the justice system as a whole have historically served as shields, protecting even the most psychopathic police officers from consequences for their actions.

I long ago stopped believing that powerful men couldn´t evade justice for their crimes. My lifetime has been defined by watching from afar as one injustice after another is committed, with only the meek suffering.

Today was different. As the judge read out Chauvin´s verdict – guilty of second and third-degree murder, along with manslaughter – I felt joy. Because for the first time, in a long time, a powerful person was held accountable for his misdeeds.