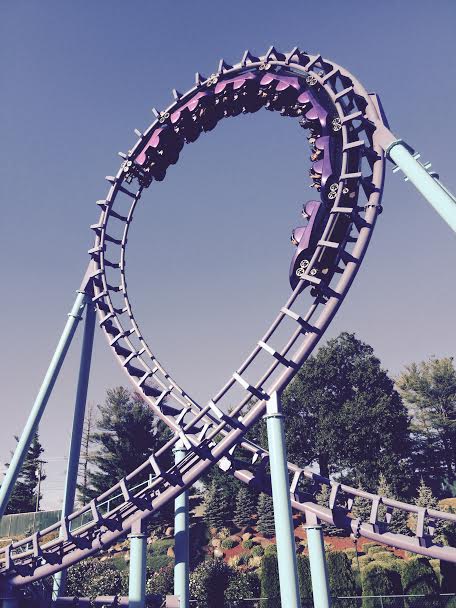 The widely publicized new roller coaster, the Zoomerang, along with the other additions to the park, aims to draw back people who have become bored with the older rides.

The Zoomerang is aimed at coaster fanatics who no longer come to ride the Wildcat, Lake Compounce’s antique, wooden coaster.

The question is — will the Zoomerang be successful?

It has a few drops and twists, but nothing spectacular.

People who like to feel their stomachs drop will be disappointed by this ride. While riders’ stomachs stay put, their heads and necks won’t.

The Wildcat’s wooden track makes the ride bumpy to say the least. Necks whip back and forth, often accompanied by cracking and clicking sounds.

The threat of permanent neck injury adds an element of terror to the ride.

People who want even more of a thrill can try to keep their hands in the air for the entire ride.

This might be fun going down the first hill, but after that it becomes dangerous.

Riders are jolted up and down even when gripping the safety bar. People who have their hands in the air risk serious bruises from being thrown around the seat.

No matter where you sit, the Wildcat is not a gentle ride.

But people who would rather be flipped upside-down than have neck injuries are better off heading for the Zoomerang.

The Zoomerang is a smoother ride than the Wildcat that gives riders a different kind of thrill.

The ride flips and twists upside-down while running forwards and backwards.

But the Zoomerang does have its faults.

To start with, the ride is not nearly as long as it should be.

Riders are seated for about 2 minutes but the ride itself lasts a little over a minute. The rest of the time is spent dragging the cart to the top of the track before the ride begins, and once more before riders are sent backwards through the loops.

The attraction would be much better if it was longer, about twice the length it is now.

Another problem with the ride is that it consists of nothing but loops. Riders are almost never right-side-up during the ride.

People who want something more in a roller coaster than just numerous flips and twists will be disappointed.

The Wildcat and the Zoomerang both appeal to different crowds, but in an era of bigger and better roller coasters it doesn’t look like either one will be able to meet the demands of coaster fans.