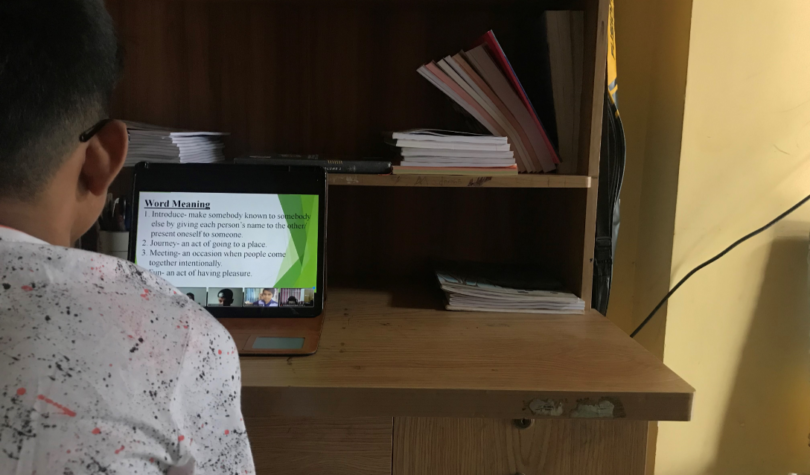 Dhakka, BANGLADESH – The education ministry announced the closure of all schools across the country last March after the first coronavirus case was confirmed. The closure has been extended multiple times and is currently in place until Feb. 14.

Last year, in an effort to avoid delaying an academic year for distressed students, the government decided not to hold the Higher Secondary Certificate examination which is the equivalent of a high school diploma.

The exam, one of the largest publicly held exams in Bangladesh, was supposed to begin April 1, 2020 with a staggering 1.3 million students sitting for it.

The decision came after the exam was postponed multiple times, causing anxiety among students after months of uncertainty. Other primary and secondary exams were scrapped in efforts to transition smoothly into the next academic calendar.

The government decided to finalize results based on averaging secondary exams to come up with student’s 2020 score. Although students of 2020 are now in relief after a clear-cut decision came from the government after several months of delay, the fate of this year’s examinee’s is still unresolved. The batch of 2020 is the first batch of students after Bangladesh’s independence whose public exams were cancelled.

Last year, learning shifted online with various programs implemented to reach students in remote parts of the country. It only took a few months after schools were closed before radio and TV programs made digital learning possible.

Although the government quickly executed online education in the pandemic through various programs, it only heightened the old gap in education disparity.

According to a report by The Daily Star, a leading national daily, nearly 70 percent of students didn’t take part in distance learning, revealing a huge crack in the educational infrastructure.

Most students in rural areas don’t have access to digital devices or the internet. Students in urban areas are facing a different crisis of having to continue ‘normal’ learning when familial problems make it difficult for them to adjust to life in the pandemic.

Another study by the Economist showed that a lot of underprivileged Bangladeshi students left their free education program and went back to working unsafe street jobs to help their families earn bread. The free education program at the primary and secondary level, to which the government allocates a huge amount of money, was introduced to break the poverty cycle.

Months of no schooling have cost Bangladesh years of progress in terms of development.

Learning has been online for almost a year here but questions on its effectiveness remain.

It will be a challenge for the government to overcome the copious gap in learning brought on by this unprecedented pandemic.

The education ministry is mulling over opening education institutions – with strict health regulations – sometime this month.

But fear and uncertainty still loom over students.

It’s unclear whether the secondary exams – typically taken in February and April – will take place this year. There is talk of holding them in June and August instead.

“Honestly speaking, the uncertainty regarding [the annual] exam is stressing not only me, but my parents as well,” said Sumaiya Islam, a student who would be taking the test this year.

When asked about the government’s response to the education crisis, she answered, “As we are already stressed for corona, the uncertainty of our exam date is also stressing us way too much. The government has responded to some of our questions, but they are not letting us know the certainty of the exam properly. Also, the date and syllabus both are not fixed yet. So it’s stressing us a lot and we can’t concentrate on studies fully.”

The tests are important, as entrance to university is based on the results of these exams, making them the most crucial exams in the lives of students.

If the government decides to open educational institutions in February, it will be interesting to see how they maintain strict health regulations for millions of students while covid cases continue to rise.

There is talk of a hybrid learning model but its implementation is still in question over lack of resources.

The government has taken too long to respond to the education crisis.

The year-long learning gap will take a miracle to fill in, not to mention its financial implications. How the leaders of Bangladesh plan to execute classes, exams and other aspects of student life this academic year is still up in the air.

One thing is sure. This uncertainty reversed a lot of progress Bangladesh made in recent years and will leave a permanent scar in every student’s life.