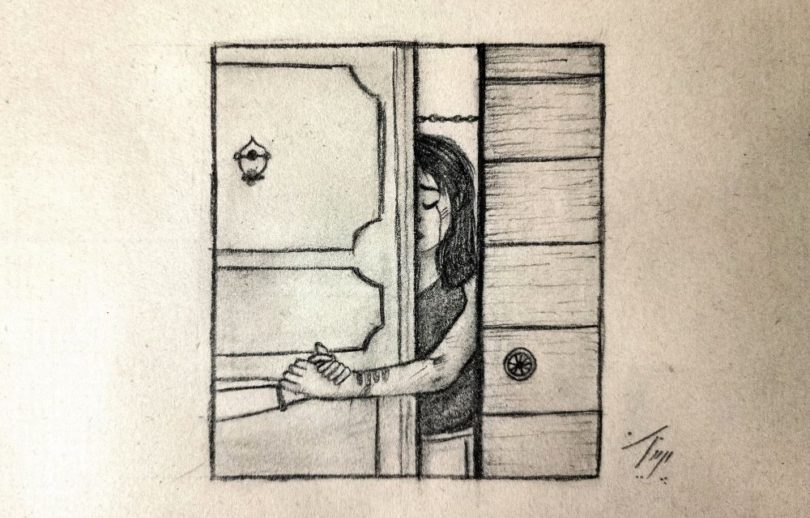 Bridgend, South Wales, UK – As the world tries to fight against a deadly virus, many people are experiencing their own additional battles. With more people staying at home, life can be even harder for those who are facing domestic violence without the ability to escape.

Refuge, a UK charity supporting women and girls against domestic violence, reported that “one in two young women have experienced controlling behavior in a relationship.”

When stuck at home, and unable to access help and support like usual, it was inevitable that there would be changes in the ways that charities work when fighting domestic.

Calan DVS is one of the largest domestic abuse charities in Wales, providing one-to-one support for those in need. Normally, their services include support in and around the community, refuge properties, floating supporting houses and a whole range of education programs.

Katie Davies, an area service manager at Calan DVS, explained that they never considered stopping any of their services during the pandemic.

The charity quickly recognized that the “stay at home” message delivered by the government was not the best situation for those experiencing domestic abuse, Davies said, so pulling back on services was not an option.

Since lockdown began in the UK in March, Calan DVS provided more than 2,000 one-to-one remote sessions, and carried out 15 online ‘freedom programs,” which support people who have left a domestic violence situation.

Davies also explained how Calan DVS have been able to support 463 people under the age of 25 since lockdown.

These young people have been supported through resources such as workbooks, exercises and Covid-19 activity packs, allowing them to handle their hardships in a productive and creative way.

Despite finding ways to support the young people accessing their services, Calan DVS is preparing for a rise in reported cases of domestic violence when schools reopen and children are able to report domestic violence to their teachers.

Not being able to carry out their usual sessions for young people has caused worry about what the long-term impact of that might be, said Davies.

Calan DVS prepared for the expected spike in domestic abuse cases by obtaining extra funding for part time work positions so that more young people can access support and help, said Davies. The charity had to make sure that its social media remained up to date, she added, as that’s how most young people were able to reach out throughout lockdown.

“We’re looking at how to make services more accessible. Moving forward, we will never replace face to face services, but we can make it more accessible in the case of another lockdown,” said Davies.

Domestic abuse charities like Calan DVS have had to deal with enormous amounts of pressure and changes to the ways they support people during the pandemic, but Davies said Calan DVS is doing everything possible to provide support to those who need it.

Two teen sisters receiving services from Calan DVS for more than a year praised the work of the charity.

In an email exchange facilitated by Davies, the girls – who identity is being protected here because of the sensitive nature of their situation – said they continued to have meetings throughout lockdown and still felt supported despite the ongoing coronavirus pandemic.

Prior to the pandemic the girls had one-on-one sessions where they were able to discuss and understand the importance of healthy relationships, they said in the email exchange. The sisters said they were supported with how to deal with things that were worrying or upsetting them after they left home.

Because of the pandemic charities such as Calan DVS have had to think creatively and invent new ways to support people in need, especially as incidents of domestic violence are on the rise.

Davies said people who are in a domestic violence situation need not be afraid to reach out for support, as charities are there to help.

If you’re in the United Kingdom and are struggling – or know someone who is struggling – with issues surrounding domestic violence, there are places to call for help.

The National Domestic Violence helpline number is 0808 2000 247 and the Childline number for free online counseling for children in the UK is 0800 1111.

Holly Hostettler-Davies is a Reporter with Youth Journalism International. She reported and wrote this story.

Parnian Shahsavary is a Senior Illustrator with Youth Journalism International. She made the illustration.