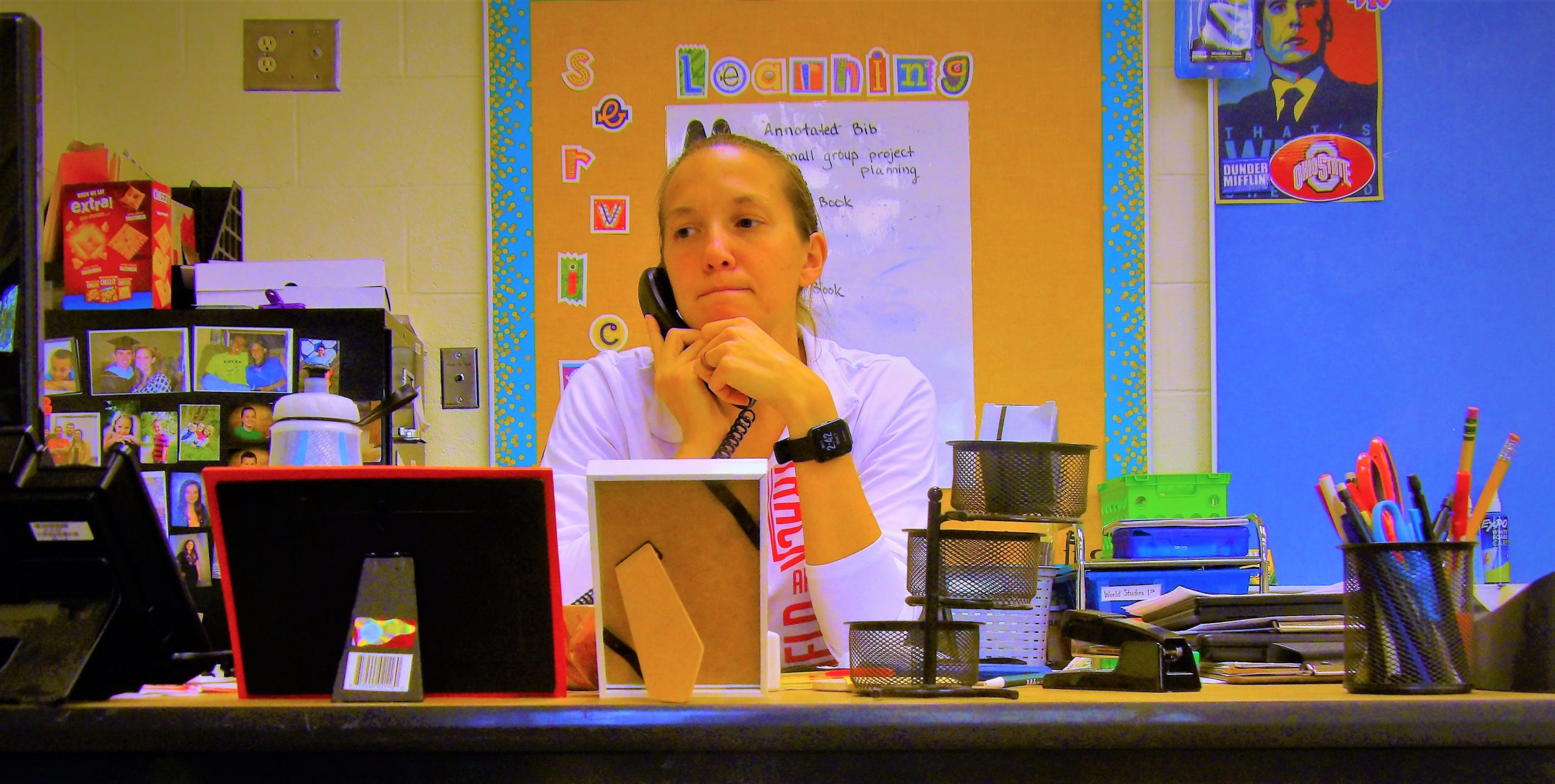 PIQUA, Ohio, U.S.A. – Standing in the rotunda of the National Archives last month, with murals of America’s founding fathers in the background, President Donald Trump spoke about the supposed flaws in teaching social studies at an event billed as the “White House Conference on American History.”

Calling for a “pro-American” approach, Trump attacked school curriculum that offers a greater emphasis on the racial history of the United States as “toxic propaganda” and akin to child abuse.

His proposed 1776 Commission to promote “patriotic education” didn’t go over well with many educators, including some at Piqua High School. 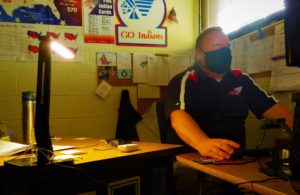 “I love our country,” Burns said, “but our country has made so many mistakes, and that’s the reason we need to learn to not repeat those mistakes and learn what to do right, and keep trying to improve.”

Another teacher at the school, Courtney Downs, who teaches world studies, said, “We tend to glorify ourselves and put ourselves in a positive light, and that’s not the way the events happened.” 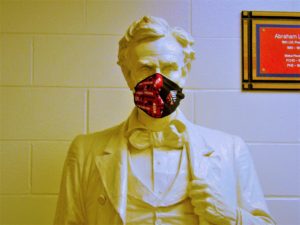 A masked bust of Abraham Lincoln near the entrance to Piqua High School. (Zurie Pope/YJI)

She said she “understood the patriotic side of it,” but that’s not everything.

If teachers only told students the rosy side, “then we’re not teaching the way things happened, and as a social studies teacher I think it’s important to give the students the information, and let them come up with their own views on it as far as is it positive or negative.”

“It happened the way it happened,” Downs said. “I don’t think we should sugarcoat it regardless of what light it puts our nation in.”

“Teachers really want kids to think critically about things that are going on, especially in social studies,” he said.

“What’s happening today is gonna affect what’s going to happen tomorrow, just like the events of the past affected what we’re doing today,” Messick said.

“So they want to go back and look at these things, and make sure students think critically about them,” he said. 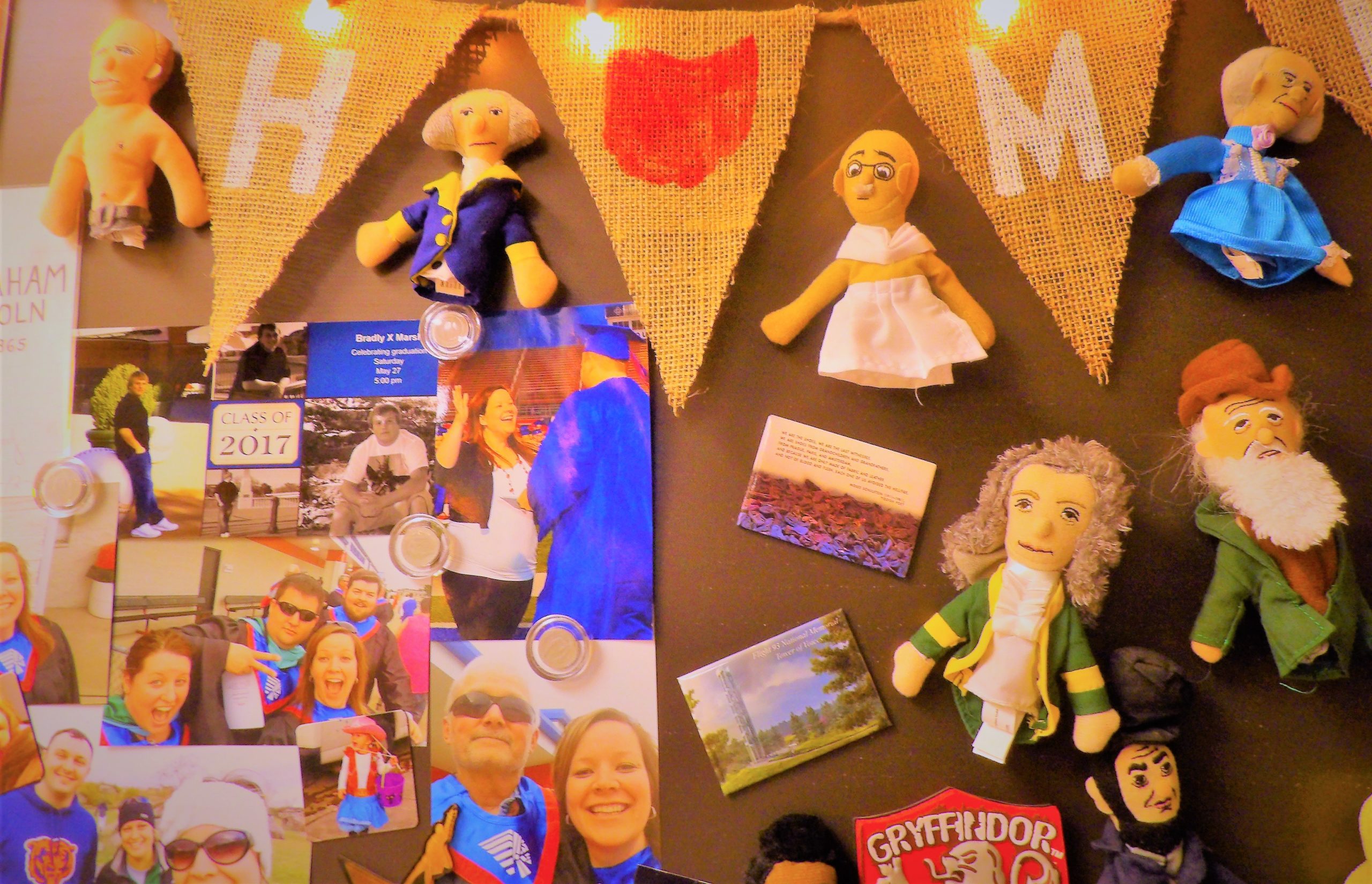 Piqua teacher Kacie Pace, who has an impressive historical figure finger puppet collage, said the goal for teachers is to disseminate information without bias so students get a balanced view of history.

Pace said she tries to convey every element of the nation’s past.

Reflecting on Trump’s proposals, Pace expressed a concern that many teachers share.

“I don’t know what his plan is, but I’m concerned that if I tell what I see and what historians see as the truth, it might not fall underneath his purview,” she said.