DURBAN, South Africa – Travelers heading for the World Cup matches in Durban will fly into the month-old King Shaka International Airport, named for one of Africa’s greatest kings.

Located in La Mercy, on the Kwazulu Natal North coast, the new airport is about 60 kilometers outside the city. 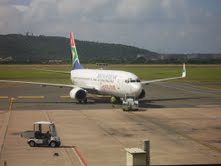 The airport’s first flight, by South African Airlines jet, landed on May 1 as the half century-old Durban International Airport closed down non- military operations.

Colin Naidoo, the media spokesperson of Airports Company South Africa, said the old airport would be “handed over to the air force base for the duration of the World Cup because the air force will need this place to do some of their military operations” during the international sporting events across the country. 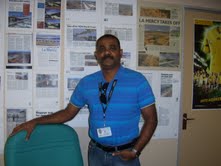 Airport and government officials decided in 2006 that construction of a new airport was necessary, the first time in decades that one was started from scratch.

Residents of Durban hope that King Shaka International Airport does their city proud.

Once the World Cup is over, the government plans to sell the old airport to the highest bidder.

Nicole Megan Gounder is a Reporter for Youth Journalism International. 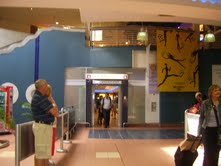