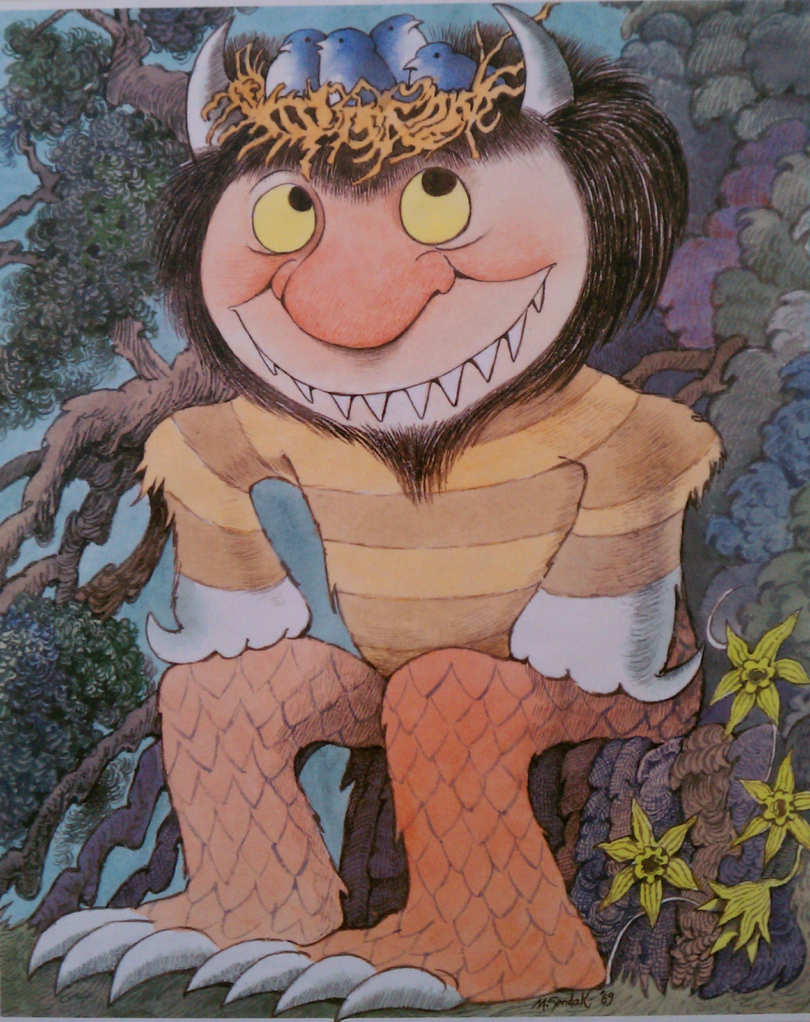 Maurice Sendak's artwork from the cover of the anthology, The Big Book For Peace. (YJI)
NEW BRITAIN, Connecticut, U.S.A. – Artist Maurice Sendak’s work encourages people to be brave and face fears without burying them, said a curator at the New Britain Museum of American Art, where a special exhibit of Sendak’s work is ending a year-long run.

Anna Rogulina, assistant curator at the New Britain Museum of American Art, said many visitors have come to see the Sendak show, which celebrates the 50th anniversary of the publication of his beloved picture
book, Where The Wild Things Are.

People visiting discover that the works on display are highly personal to Sendak and his life, Rogulina said.
Sendak’s childhood, she said, influenced much of his work and many of the stories are autobiographical. The exhibit, which ends Sunday, focuses on the things that inspired him, according to Rogulina.
The artist, Rogulina said, wanted people to read his stories with an open mind, and the exhibit shows that anyone can be creative.
“Sendak was such an innovator,” Rogulina said, taking risks with artwork and stories.
She said he wasn’t afraid to write about difficult themes. The honesty that he brought to books for children was thought to be radical at
first, but now it is not, Rogulina said.
“Today we embrace Where The Wild Things Are,” said Rogulina. “We wanted to give children a chance to enjoy it even further.”
The museum, she said, had many reasons for wanting to honor Sendak’s point of view and approach by featuring his work.
Illustration has always been important to the museum, she said, adding that the New Britain institution began collecting illustrations before many other museums thought they were important.
Rogulina explained that artwork is considered an illustration if the artist created it to bring life to a piece writing.
In the last 60 years, she said, the museum has included illustrations in its exhibits as much as possible.
Sendak, who died May 8, 2012 at the age of 83, lived and worked in Connecticut, so it made sense to celebrate his art here, Rogulina said.
She said a Santa Barbara, Calif. museum professional who works with galleries to set up family-friendly exhibitions contacted the New Britain museum to see if they wanted to put the Sendak exhibit on display.
The 65-piece exhibit, titled Maurice Sendak, which opened in February 2013, has proven very popular, according to Rogulina.
It closes in Connecticut on Feb. 9. Its next stop is the Nevada Museum of Art in Reno, Nevada. That show opens March 1 and runs through April 27 of this year.
Ambriel Johnson is a Junior Reporter for Youth Journalism International.
Read Youth Journalism International’s review of the Sendak exhibit by reporters Ambriel Johnson and Alan Burkholder.