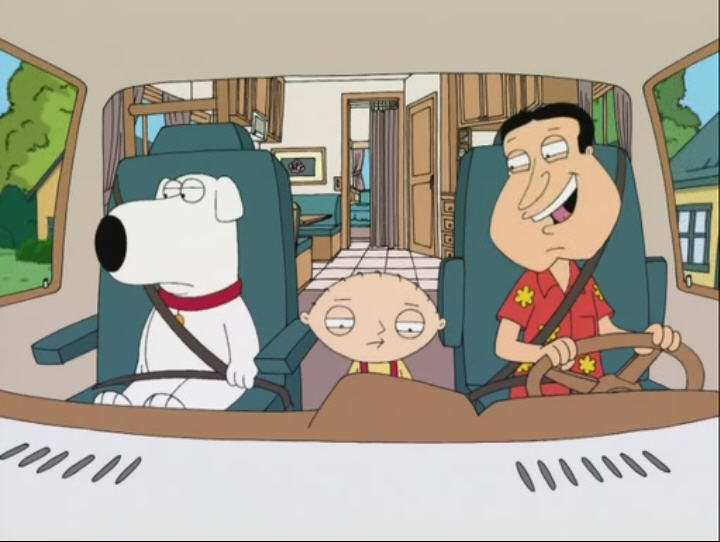 PLYMOUTH, Connecticut, U.S.A. — If you’re looking for a movie with good wholesome family fun, you are looking in the wrong place. Family Guy Presents Stewie Griffin: The Untold Story may very well be the raunchiest, funniest, and most politically incorrect animated 88 minutes in movie history.
The movie is essentially three episodes of Family Guy that have been intertwined with the same storyline. The main plot is about toddler Stewie going on a quest to find his personal identity and his real father. In the meantime, parents Peter and Lois try to get their other two kids, Meg and Chris, to get involved in the dating scene, and Peter gets a job doing a segment for the local news show called, “Do You Know What Grinds My Gears?” Among the topics that grind his gears? Lindsay Lohan, priest-and-a-rabbi jokes, and people from the eighteenth century. 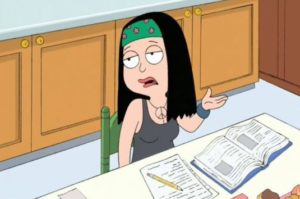 Seth MacFarlane, creator of the Fox animated series Family Guy, created the Family Guy movie as a way of thanking the show’s fans for getting it back on the air after spending two years on hiatus. It’s filled with the kind of humor MacFarlane has always wanted to do on the series but couldn’t because of Fox censorship. Many of the jokes and quips littered throughout the film wouldn’t stand a prayer of getting past the Federal Communications Commission.
The entire movie is filled with sexual innuendos. Meg gets a sex-change and becomes “Ron.” An Asian news correspondent humps the leg of David Bowie. Stewie has a near-death experience where he goes to Hell and Steve Allen attempts to seduce him. In the first 10 minutes of the film, Lois comments that she got pregnant with her first child after qualifying for the Olympics and couldn’t go.
“Now I’m pro-choice,” she adds.
Other jokes are less risqué, but equally disturbing on one level or another: a man named “Douchebag” gets elected President, a spoof on the classic Samuel Adams commercials has one restaurant patron asking for the alcoholic beverage at 9:30 in the morning to “get the taste of weed and hooker spit” out of his mouth, and Stewie gets horribly intoxicated and drives a car straight through the wall of the bar he just left.
MacFarlane doesn’t shy away from the borderline anti-Semitic either; Peter comments about going to Las Vegas to see “Jew-Man Group,” complete with a cut-away to a group of blue-faced rabbis performing on stage. And, perhaps most disturbing of all, during a scene where Walt Disney is unfrozen in the future, he asks the scientist present, “Are the Jews gone yet?” When they scientist answers, “No,” Disney angrily retorts, “Put me back in!” and slams the door of the cryogenic chamber shut.
While all are inarguably hilarious, they’re not the kind of material that would be suitable anyone younger than the teenage crowd, or anyone who can’t stomach the atrociously politically incorrect gags.
Besides the sordid humor, though, the movie shines in other ways – particularly in the music, composed by Ron Jones. All the pieces, from the opening sequence to the ending crescendo, are splendidly arranged, demonstrating the capacity that Family Guy has to be tasteful in other aspects, which perhaps explains a little of why the show has garnered Emmys with past episodes.
The DVD is fairly light on extras, even though it does include a full audio commentary by Seth MacFarlane and some of his stellar writers and voice actors. The real value is in the movie itself.
Newcomers might be intimidated by the movie’s bizarre sense of humor and the lewd wisecracks, especially if they are still getting accustomed to the other cartoonish extremities (i.e., “What? The dog can talk? The baby too?”). But fans of the series and anyone who can stomach the shameless shenanigans will delight in every minute of it.