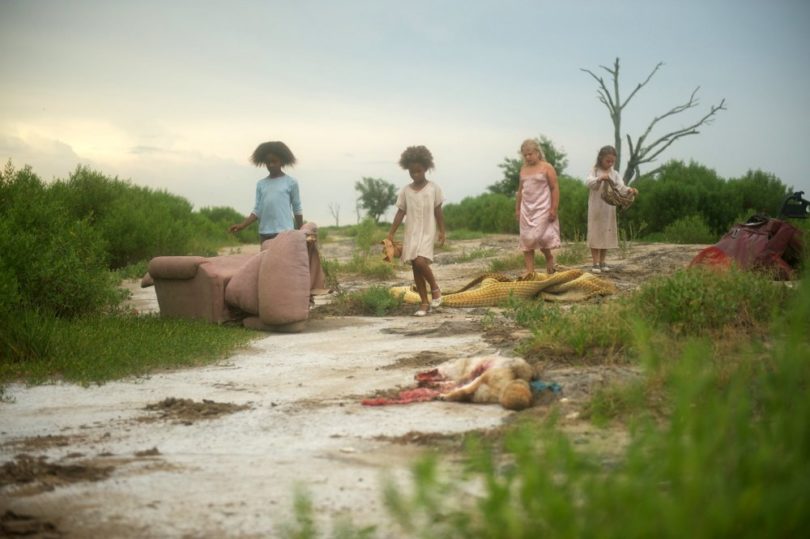 LONDON, England – Director Benh Zeitlin’s hallucinogenic Beasts of the Southern Wild may well be the most exiting cinematic debut, if not the outright
best film, of the year.

Drawing inspiration from Hurricane Katrina – but with a resonance far beyond the admittedly effective emotional manipulation of the tsunami survival film The Impossible, Beasts of the Southern Wild is set in a fictional Louisiana bayou called The Bathtub, which lies below a levee in a perennial floodplain.
The film tells the story, through the eyes of six-year old Hushpuppy, played by Quvenzhane Wallis, of the small ramshackle community that lives in The Bathtub as they prepare to face a storm that threatens their existence. As Hushpuppy struggles to comprehend her increasingly confusing world, the film oscillates between a galling depiction of poverty and the beautiful fantasy world that she imagines around her.

While the waters rise, threatening the extinction of Hushpuppy’s way of life, she imagines herself facing off against a herd of aurochs that had been released from their own extinction by the melting polar icecaps. It is left unclear who we should consider the titular ‘beasts’ – is it Hushpuppy and the semi-feral inhabitants of The Bathtub, the interfering people of the technological world on the dry side of the levee or the aurochs returning to the land that they once roamed?
Such ambiguity is one of the most powerful tools of the film, given that we are unable to trust a narrator who is too young to understand the world that she narrates.
The most ambiguous character is Hushpuppy’s father, Wink, played by Dwight Henry.
He is hard-drinking, negligent, occasionally abusive and perilously stubborn.
Yet he is portrayed as teaching Hushpuppy lessons that she needs to learn in order to survive the harsh reality in which they live. Wink’s objectionable aggression – best seen in the heart-wrenching moment where he slaps Hushpuppy across the face – can be explained by his desperation caused by the knowledge that his terminal illness will soon leave his daughter to fend for herself.
Explained, but not necessarily justified.
Deprived of parental affection, Hushpuppy seeks out her mother – a woman ‘so pretty she could light the gas stove just by walking past it’ – who had abandoned her when she was born. Leading a group of children across water, they come across a ghostlike, old-fashioned bordello where she meets a woman who feeds, hugs and dances with her before the children sail away leaving the brothel to fade away into the distance as if a mirage.
Beasts of the Southern Wild is by no means a perfect film, with occasionally jarring editing highlighting its low budget origins (although compared to the otherwise charming but off-puttingly edited Silver Linings Playbook, it doesn’t seem half as bad, especially considering Silver Linings managed to secure a film editing Oscar nomination). Nonetheless, it remains visually stunning and emotionally engaging throughout.
The lead performances from newcomers Henry and Wallis are spectacular; with Wallis’s naïve abandon deservedly making her the youngest ever Best Leading Actress nominee at just nine-years old. Her youthful ignorance allows us to bypass our prejudices and expectations and to view the world from our knee level, as a confusing but beautiful mess.
Politically, Beasts of the Southern Wild pulls no punches. Climate change, poverty and bureaucratic segregation are as powerfully dealt with by a six-year old girl as they could be by any number of columnists in The New York Times. But at its core it is about none of these things.
Rather it touches on the personal vulnerability and exhilaration of standing up for yourself, on a community in chaotic equilibrium between their independence and the rampant alcoholism and disease with which they must contend, and it asks how much of our experience is a fantastical creation that allows us, like Hushpuppy, to understand a confusing, complex world.
Noah Kidron-Style is a Senior Reporter for Youth Journalism International.