CAIRO, Egypt. A Few days ago on Twitter, I saw an article that declared J.K.Rowling was preparing for a huge announcement. Naturally, I was intrigued.
Speculations were circulating all around. Some thought it would be the long awaited encyclopedia of the Potter world that Ms. Rowling had promised her fans she might do after the release of her seventh and final book.
Others declared it was treasure hunt scattered across the U.S and the U.K

with treasures of the Harry Potter realm all over.
I logged on to the link provided: www.pottermore.com and was met with the fuchsia background, and coming soon banner and J.K.R’s signature. Nothing out of that.
Then, referring back to the article I found the Twitter account for Pottermore and followed it. There, I found a tweet with a link for J.K.R’s channel on YouTube.
Full of curiosity, I clicked the link and I couldn’t have imagined what I saw there. Obviously custom made for her and her big announcement, J.K. Rowling’s YouTube page was covered with owls and a countdown. It had been there since February.
Thankfully, I had just heard about the announcement so I only had eight hours to go. I went to bed excited beyond description. I woke up, ran a few errands and then came back to check the announcement, uninterrupted.
I logged onto the YouTube channel once more and there was J.K.R. introducing a new website – after she’d thanked her fans – to the entire world, which she said would change the Harry Potter experience and help viewers, readers and herself to add to it.
The website, she said, would open to everyone in October but a “lucky few” would be able to log into the website early and help shape the experience. She added that to do so one would only have to “follow the owl”, and as she was saying that an animated owl flew across the screen.
Excited, curious and wanting to learn more, I googled “Pottermore” to check if anyone had found the owl or understood what that meant. To me, the Pottermore website had remained the same.
True enough, I found an article that talked about it and said that the website had now changed its layout and had a box where one could submit one’s email and be updated on registration dates. It also allegedly said to check back again on July 31st.
That was weird. It didn’t tell me that. After refreshing several times, it came upon me to try again using a proxy and true enough, the website changed.
I have tried submitting my email but the website is being bombarded by everyone so I have to just keep on trying again.
That’s not the point, though. Curiosity gone and intrigue vanished as I felt disappointed that I had to shield my IP address and location to gain access to the website.
But then I got through normally again.
So if anyone has the answer on how to” follow the owl,” enlighten me, will you? 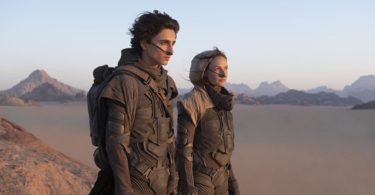