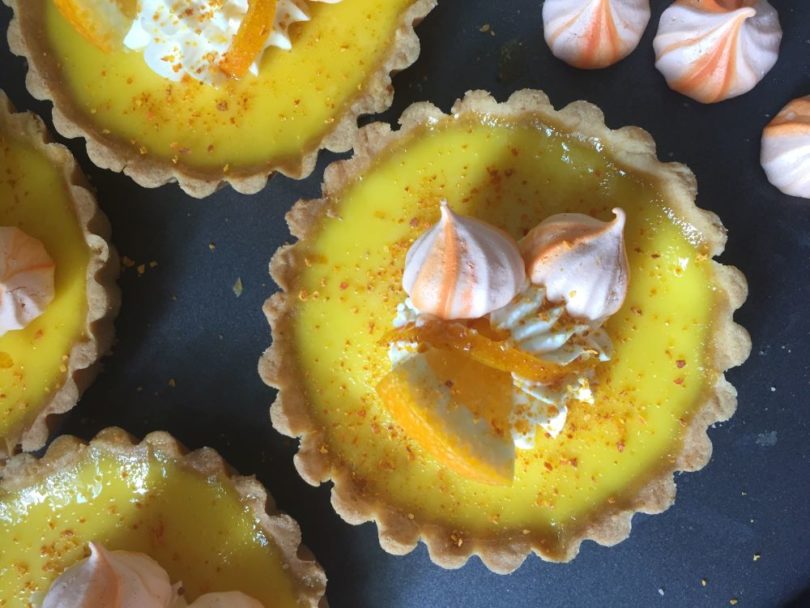 Liverpool, ENGLAND – Since 2010, “The Great British Bake Off” has been a massive part of TV culture in Britain.

Not only has it broken barriers when it comes to statistics, but the British (and now many others) have fallen in love with this show – which on paper does not sound the most thrilling.

In interviews with Youth Journalism International,four previous contestants told their stories and offered thoughts about why The Great British Bake Off has become such a massive influence. These contestants all run classes at ‘Bake with a Legend’ which offers baking experiences with some of the Bake Off stars.

Jane Beedle appeared in series seven of ‘The Great British Bake Off’ in 2016.

Baking had been an important part of Beedle’s family life, with her grandfather owning a large bakery and her father making cakes and decorating them.

“He brought that love of food home,” said Beedle. She still does various baking-orientated things, including operating a recently-opened cookery school.

On seeing Bake Off grow into a national treasure, Beedle said, “I remember it being quite a big thing by series four.”

By that point, Beedle noted, people were making an effort to be home in time to watch it live. The “general niceness” of the program is a key to its prosperity, according to Beedle. “It’s a program that you can watch with your four-year-old or your ninety-four-year-old,”

Beedle observed that the competition element doesn’t stop contestants from helping each other.

“It’s the way everyone wants to world to be – with cake!” Beedle said.

A contestant in 2013 on the fourth season, Howard Middleton now co-hosts a podcast with Beedle. He recalled a similar experience with his introduction to the Bake Off.

“It was really the third series that I watched from beginning to end and loved it,” Middleton said. “ It was at that point I thought, you know I’d love to have a go at that. That’s why I applied and was lucky enough to get onto the series after.”

Taught the basics by his mum as a small child, Middleton’s curiosity encouraged him to tweak and experiment with recipes, eventually making his sister’s wedding cake. For Middleton, the authenticity and relatability of Bake Off is a really important factor in its success.

The show is like baking at home, Middleton said, in that sometimes things don’t go according to plan.

The program, he said, is “harmless family fun.”

Engineer Andrew Smyth competed in the seventh season of Bake Off in 2016 with Beedle. In series one, Smyth said, Bake Off was on his radar but he didn’t watch it.

But during his time in university, Smyth said, October brought around “Bake Off season.”

When asked about his relationship with watching Bake Off now,

Now, some of the mystery behind the show is gone for him, Smyth said, but he can really empathize when someone is having trouble on the show.

“The first few years afterwards, I found it quite stressful,” Smyth said, explaining that if something went wrong for a contestant it would give him flashbacks to his own time in the iconic white tent.

“I think I have a better relationship with it now.”

The selection process for Bake Off doesn’t pick people who will create drama on TV, said Smyth, but people who are really enthusiastic about baking.

“It’s just passionate amateurs being allowed to excel” or not, he joked, if the time limit for the technical is low. “It’s inherently soothing to watch. You really root for these people.”

Rosie Evans is a Senior Reporter with Youth Journalism International who does a little baking herself: