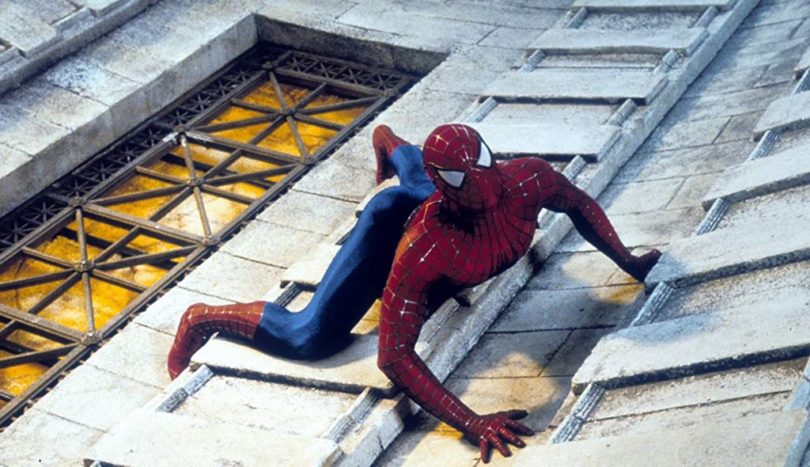 SINGAPORE — If you are disillusioned with summer movies, go for the ultimate spin with Spider-Man.
But before you go up the wall being tormented over whether Spiderman the movie lives up to Stan Lee’s comic, don’t.
This long-awaited film adaptation of Spiderman is a hit because it sticks to the basics and the spirit of the original comic. 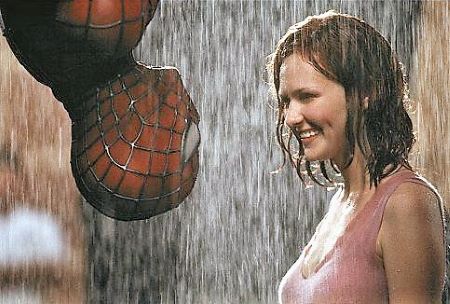 To clue in any Martians, Peter Parker or the Amazing Spiderman (Tobey Maguire) is a nerdy science geek who worries about peer pressure, girls and money.
Add in girl problems and Parker, living with his Uncle Ben (Cliff Robertson) and Aunt May (Rosemary Harris), has an unrequited crush on his Titian-haired neighbour, Mary-Jane Watson (Kirsten Dunst).
Ingeniously directed by Sam Raini (Evil Dead, A Simple Plan), Parker turns into a wall-scaling, crime-fighting superhero after he gets bitten by a genetically-engineered spider (a radioactive arachnid in the original Spiderman).
When Uncle Ben is murdered, Parker plunges into misery and decides to use his powers (hooray!) to protect the innocent and fight evil.
A new-generation superhero, Spidey is also prone to self-doubt and just as vulnerable to stress and strain as the average angsty teen.
Most tellingly, Spidey is billed as “the hero that could be you”.
If you can, ignore the cheesy computer-generated animations of Spidey in the first half of the movie as there is still much to marvel about Spiderman.
Summer blockbuster fans, be warned though that Spiderman has toned-down action sequences with a few car chases, some explosions and of course, the showdown between Spidey and the villain, Green Goblin a.k.a. Norman Osborne (the stellar Willem Dafoe).
However, the characters come to the rescue with heart and plenty of warmth.
Maguire is primed for stardom and adulation of fans with his earnest and sensitive portrayal of Spiderman. He delivers a pitch-perfect performance swinging through the streets of New York on skyscrapers with ease and deftness.
As wholesome and squeaky-clean Mary-Jane, Dunst shines and shows the brevity of her acting skills. Taking a break from her rebellious bad girl roles in The Virgin Suicides and crazy/beautiful, she deserves a pat on her shoulder for a job well done.
Take heart as two more sequels are in the works and the cast will begin filming next year. Spider-Man II is set for a 2004 release.
Till then, go get your Spiderman action figure and don’t bug Spidey … he’s busy saving the world.