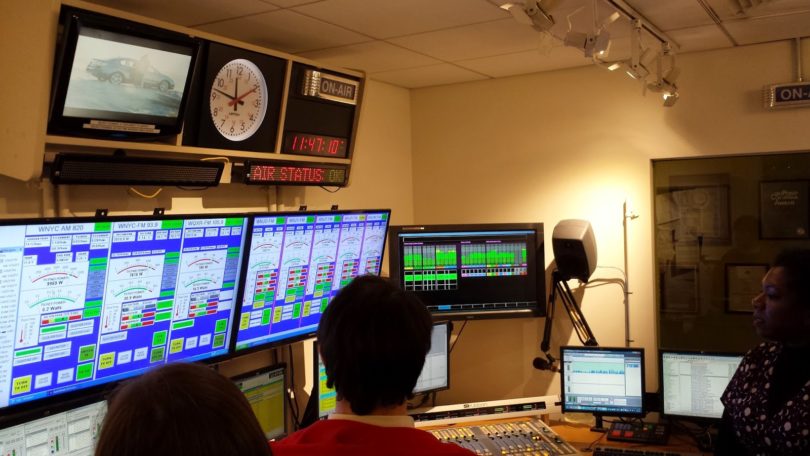 In the control room at WNYC. (YJI)
NEW YORK, N.Y. – As you tune into the local news, you hear birds chirp. There is a faint sound of a nearby creek in the background as a local juice maker details the steps he takes in creating the county’s finest lemonade.

While initially drawn into the scene, you are suddenly overcome with the urge to go to the bathroom. Sorry, I got off track. The point is, this is how radio news functions. 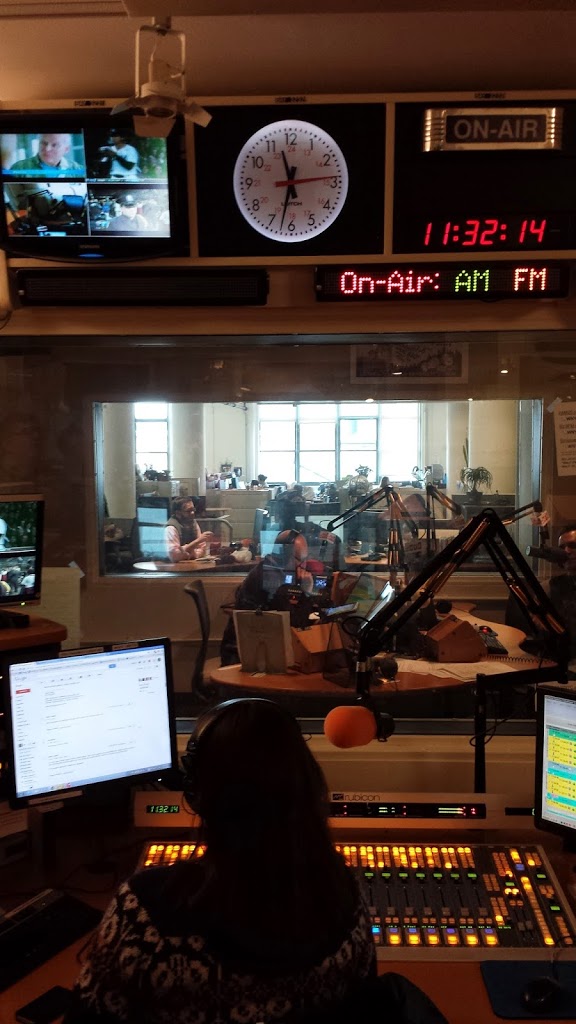 While visiting New York City, a group of Youth Journalism International students and alumni visited a branch of WNYC, the city’s public radio station. We saw the newsroom, the recording studios and watched a little of The Brian Lehrer Show, live from the adjoining control room.

While showing us around the building, reporter Karen Rouse, who is an ambassador for YJI, detailed how the radio handles its news compared to a typical paper.
One would think, from an outside perspective, that the two are very similar. Both tell the stories of current events and provide the people with information. However, there are several different aspects of each that are meant to attain the same goal.
You know how when you go to see a movie based on a book and they always change stuff from the book? It’s kind of like that.

While writing stories for a paper, a reporter has to convey their point using words only. This means the writer uses lots and lots of description and quotes and sophisticated language to make the reader understand exactly what is happening. 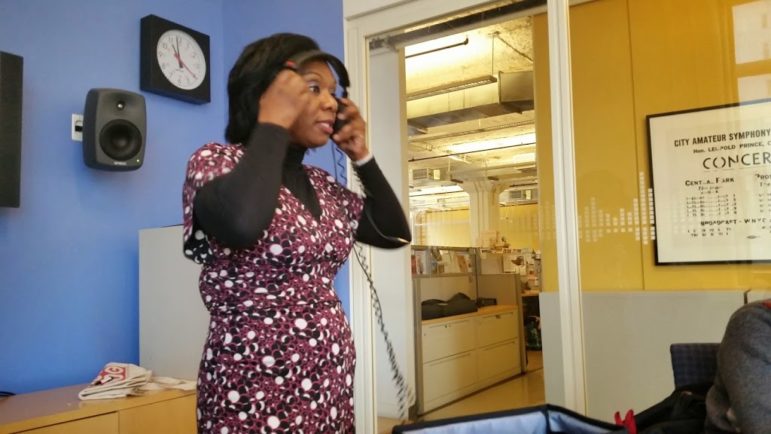 WNYC reporter Karen Rouse describes the differences between being a journalist working in print and in radio. (YJI)

In radio, however, it’s a different story entirely, no pun intended.

No shortage of wires at WNYC. (YJI)

Radio has a more dramatic approach to news than print. It follows a script rather than just being typed out.

Since radio is an audio medium, background music and sound accompany news stories. Despite these differences, the overall set up is the same: topic, description of topic, quotes from experts on said topic, takeaway point, the end.

Describing her transition from print to radio, Rouse explained that she had to learn to do multiple takes and be a director in addition to a reporter.

Part of the newsroom at WNYC. (YJI)

In print, you can take notes and quotes once to use later, but when making radio pieces, the interviewee must sometimes be told to stop munching on peanuts and speak clearly.
There is a difference between working with sound and working with the written word. Both radio and print have their own unique advantages and disadvantages.
Print allows for more thorough research and information on the topic, but the voice conveys more emotion than words ever will. 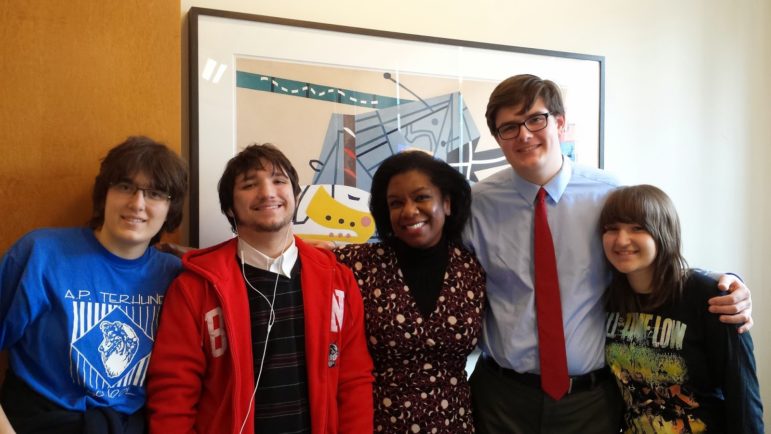