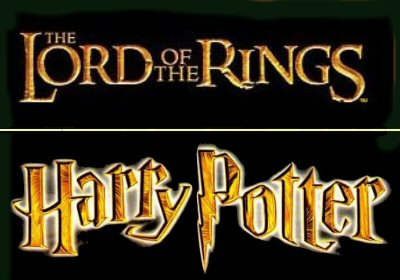 SINGAPORE — Life with magic, it’s fantastic — or so they say.
Please, I need help!
Someone out there please explain the concept of this enigma called Harry Potter.
Yes, I know the Mr. P series hit the $100 million sales mark in its first four years. And that Coca-Cola has negotiated with J.K. Rowling and Warner Bros. the biggest marketing tie-in in history, worth $100 million, and others such as Lego are producing models and spin-offs.
I have also read the first book and recently caught the much-hyped movie. Still, I just don’t get it.
Exactly what is it about this phenomenon that has everybody and their grandparents declaring this Potter chap is the best thing since sliced bread?
Granted, my lack of clarity could possibly have risen from watching too many TV productions.
But if anyone out there can help me answer a list of questions about the plucky boy wizard, it might stop me from tearing my hair out.
1) So many people are enthralled by J.K. Rowling because she is the new Enid Blyton. So why not just read Enid Blyton?
2) There was a comic book which appeared 10 years ago about a bespectacled young boy who was discovered to be the world’s greatest magician. Called the Books of Magic (by Neil Gaiman), the boy was tutored by four magicians in the ways of magic. The boy, Timothy Hunter, also had an owl and a teacher out to kill him.
Although that comic was meant more for an adult audience, the similarities are uncanny.
Go figure.
Sure, in 1990, a virtually penniless British woman (you-know-who) started imagining the beginnings of another world, while sitting bored on a delayed train from Manchester to London. Joanne Rowling went on to develop her idea of a boy-wizard wonder named Harry Potter at a café in Edinburgh, reportedly nursing one coffee she needed as an unemployed single mother. Now she’s got $85 million or more.
3) If the point of the game Quidditch is to catch the Golden Snitch, which then ends the game, what’s the point of the other players going around scoring with the other balls? Why not just have two Seekers flying around and seeing who can catch the Golden Snitch first?
5) Exactly how are we supposed to love a character that was the subject of a legal suit between Warner Brothers, the company which made the Harry Potter movie, and children the world over?
Children — some as young as 12 — who dedicated websites to the character out of their love for the books, received threatening letters from Warner Brothers asking them to surrender their do-main names to the studio or face legal action. These are the same children who are making box office cash registers go “ke-chings” so top executives can rake in the dough. You can bet your last dollar that some folks at AOL-Time Warner are crossing their fingers that audiences embrace fantasy and magic for a long, long time — long enough for the line-up of six more Potter films.
6) Was the movie any better than the images in your head when you were reading the book? Where was the sorting-hat song and why the drastically-shortened sequence with Norbert the baby dragon?
So, sue me.
Lord of the Rings, though, is another matter.
In a hole in the ground there lived a hobbit.
And what an amazing hobbit.