I am a member of the Straight And Gay Alliance.

I am a heterosexual, Caucasian, member of the Bristol Eastern High School group. I am not the only one.

If you are offended, outraged or disgusted, stop reading now. It only gets worse.

I am a member of a group of young people that refuses to hate, who respect themselves and others, and stand up for what they believe in.

I am a member of a group of young people that refuses to be dissuaded by others, and who have, against all odds, done what they were told was impossible, impractical, immoral, insidious, and, worst of all independent. 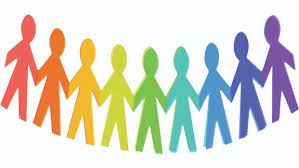 In a world where hate governs so many of our actions, consciously or subconsciously, I am a member of a group of people who have not only recognized the problem but are doing something about it.

Our group is open to heterosexuals, homosexuals, bisexuals, and anyone who wants to make a serious effort toward equality, peace, and understanding.

We preserve the confidentiality of our members, if they wish, and do not urge anyone to join the group against their will.

The hatred and fear that has made it so hard for the group to function is neither understandable nor justified.

We are not communist-homosexual-brainwashing gypsies intent on poisoning the public water supply with ‘Gay Juice’ or anyone’s mind with impure thoughts.

The group has been continually opposed and harassed by both students and teachers, and even holds its meetings in secret.

There are, of course, an unspoken majority of supporting students, but until they find the nerve to pry their tongues from the cat, they harbor the group as much as its opposition.

We are largely a support group for gay and lesbian students and a safe haven for those who detest the homophobic slurs that seem to be all the rage with the dim-witted masses.

I find the small-minded, macho rhetoric that spouts from nearly every hallway against a group that has done nothing but help people to be deplorable. Unaceptable. Fascist. Vulgar.

I would urge all of those who agree with the ideals that I have expressed and with the things that the group stands for to say so: to demonstrate their support, in their words and thoughts if not by joining the group itself.

It is my opinion that SAGA is something for everyone to be proud of, a step forward out of the dark ages, a step up into the light.

The group is a place that I know I’ll find no hatred — maybe the only place left anymore.

There I find good conversation, open minds and a light atmosphere. I grieve for those who cannot or will not experience what I find to be a fulfilling and important achievement, but I guess they’ve stopped reading by now.