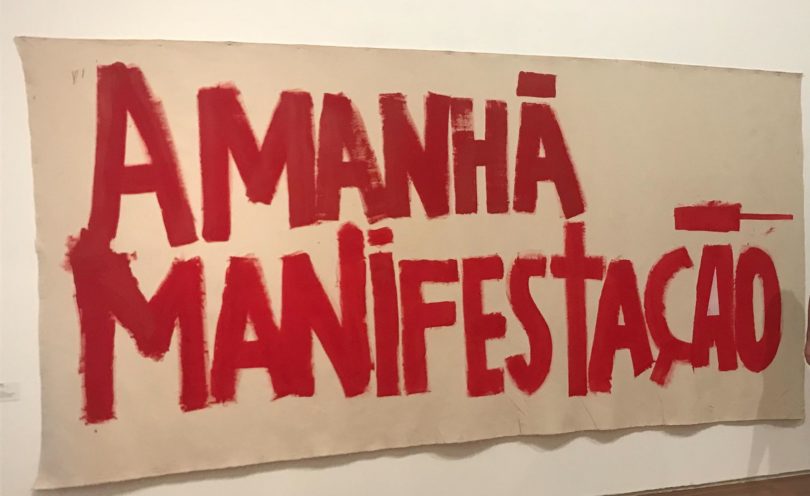 This sign, which says “March Tomorrow,” is part of an exhibit at the Museu de Arte do Rio called “Art, Democracy and Utopia.” (Julia De Cunto/YJI)